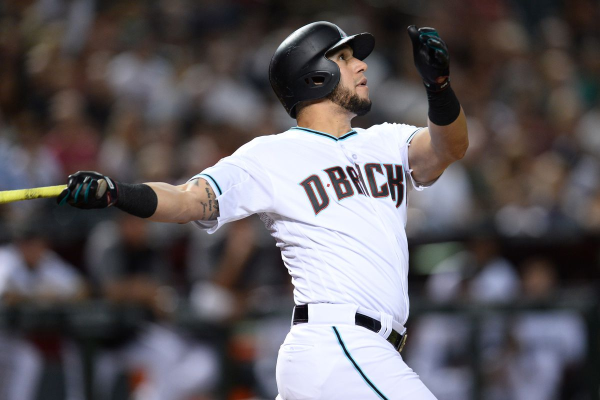 NL West division rivals square off on Saturday when the San Francisco Giants (18-25) play at Chase Field in the second of a three-game series with the Arizona Diamondbacks (25-20). In game one, the Diamondbacks were able to take care of business easily, winning 7-0 over the Giants. In the game, Merrill Kelly picked up the win, going 5.1 innings, allowing six hits, no earned runs and striking out four. Jeff Samardzija picked up the loss.

For the Diamondbacks, David Peralta hit his seventh home run of the season while Adam Jones and Ketel Marte combined to go 5 for 8 with two RBI. On Saturday, San Francisco will look to even up the series by sending ace Madison Bumgarner (2-4, 4.04 ERA) to square off with the Diamondbacks’ Zach Godley (1-3, 7.65 ERA). First pitch for this contest is scheduled for 10:10 pm ET.

The moneyline for this matchup features the San Francisco Giants at -100 with the Arizona Diamondbacks at +108. The over/under on runs scored is 8.5.

Giants Trying To Turn It Around

It is never a good thing when the calendar hasn’t even hit June, and you already find yourself double-digits games back in your division, but that is exactly where the Giants find themselves. After the loss on Friday, they currently sit 10 games back of the first-place Los Angeles Dodgers, and things don’t look great for a turnaround. The rumor mill has already been active as people speculate who might be traded off, and one name that surfaces is Saturday’s pitcher Madison Bumgarner.

On the season, MadBum is 2-4 with a 4.04 ERA, 1.17 WHIP and opponents are hitting .265 against him. In 55.2 innings, he has allowed 57 hits, 25 earned runs, and eight home runs. His K:BB rate is good, though, as he has struck out 58 while walking just eight. In his last outing, a 6-5 win over the Reds, Bumgarner went six innings, allowing eight hits, four runs (three earned), walked no one and struck out seven. He will look to build on this Saturday.

Offensively, the Giants’ lineup has been pretty dismal. In 78 at-bats, the leading hitter is Pablo Sandoval (.282/.300/.603), and they don’t have anyone with more than six home runs (Kevin Pillar, Evan Longoria, and Brandon Belt share in that honor). Pillar leads the team in runs batted in and runs scored, but only has 21 of each.

They did just get Buster Posey back from concussion protocol, but even he is far removed from his All-Star caliber days. Sadly, this is just a lineup that has aging stars who are far removed from the peaks of their career. Still, they will hope that a good start from Madison Bumgarner can put them in a position to tie this series up, as they are still capable of scratching a few runs together here and there.

When the Diamondbacks traded Paul Goldschmidt to the Cardinals in the offseason, many wrote this team off as rebuilding. Surprisingly, though, they have remained competitive in the first quarter of the season going 24-20. Despite a strong start, they sit in second in the NL West looking up at the Dodgers, who have a five-game lead on them. With the Dodgers playing so well, the Diamondbacks have to treat every start as a must-win, especially when facing weaker teams.

They will send out righty Zack Godley in this one. Godley started the year in the rotation but after falling on hard times, was demoted to the bullpen. Due to injuries, though, he has made a couple of starts; however, in his last outing, served as an opener (only went a couple of innings) as opposed to a true starter. On the season, he is 1-3 with a 7.65 ERA, 1.73 WHIP and opponents are hitting a whopping .293 against him. In 37.2 innings, he has allowed 44 hits, 32 runs and has struck out 32 while walking 21.

These three players make up the two, three and five hitters in the lineup, with Adam Jones (.287/.350/.521 with nine home runs, 26 runs batted in and 21 runs) hitting fourth. While these may not be the superstar names that get the publicity, these four have been getting it done thus far this season.

Giants Even The Series

This one comes down to the pitching for me. Frankly, Madison Bumgarner is not the same pitcher that he used to be, but he can still be dominant at times. Furthermore, he has a decent track record against these Diamondbacks’ players.

Bumgarner has had success, and that is just further amplified by the fact that no current Diamondback has ever hit a home run against him. I wouldn’t blame you for taking the Diamondbacks as they are a better overall team, but for my money, I am banking on a vintage Bumgarner performance and will take the Giants at +111.