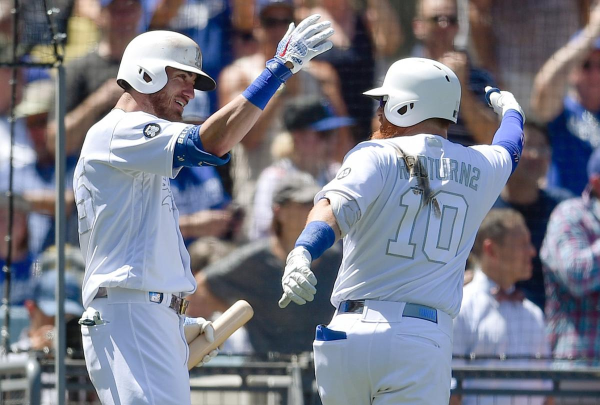 Sunday Night Baseball features a matchup of two of the best records in the league when the New York Yankees (84-47) take on the Los Angeles Dodgers (86-45) at Dodger Stadium. The Yankees, who share the best record in the American League with the Houston Astros, currently hold a commanding eight-game lead over the second-place Tampa Bay Rays in the AL East.

For the Dodgers, the lead is even more impressive, leading the second-place Diamondbacks by 20.5 games. Regardless, in what could be a World Series preview, both teams will be looking for the series win after splitting the first two. On Friday, the Yankees beat the Dodgers 10-2, while Los Angeles took Saturday’s game 2-1.

The moneyline for this matchup features the New York Yankees at +150 and the Los Angeles Dodgers at -170. The over/under for runs scored sits at 8.5.

The Yankees would love to make an early statement to the Dodgers by winning this series just in case they were to face each other in the World Series. To try to win the series, the Yanks will look to Domingo German. On the season, German is 16-3 in 21 starts with a 4.15 ERA, 1.14 WHIP and opponents are hitting .234 against him.

In 121 1/3 innings, German has allowed 110 hits, 56 earned runs, 27 home runs and has struck out 131 versus 28 walks. Despite the solid numbers, German has not necessarily gone deep into games as he has averaged fewer than six innings per start throughout the season. Still, with a vaunted bullpen like the Yanks have, that is not necessarily a huge issue.

In his last outing, a 16-3 win over the Blue Jays, Kershaw went six innings, allowing six hits, three earned runs, three walks, and six strikeouts. The concerning part of that contest was the three earned runs, which were all earned on three solo home runs. Still, Kershaw is dominant and will look to show it against the Yankees’ lineup.

Justin Turner (23), Max Muncy (33) and Joc Pederson (25) have also shown a home run stroke this year, but Bellinger continues to be the engine that drives the Dodgers’ offense.

If I was absolutely forced to choose, it is hard not to like the Dodgers in this one at home with Clayton Kershaw on the bump. Despite that, I am actually putting my money on the Yankees. They are just such a good value bet in this one at +150. Domingo German has been solid this season, and if he can get them through five, a Yankees bullpen that includes the likes of Adam Ottavino, Zach Britton, Tommy Kahnle and Aroldis Chapman seems tough to match up against. German getting through five unscathed is a gamble, but it is one I am willing to take.