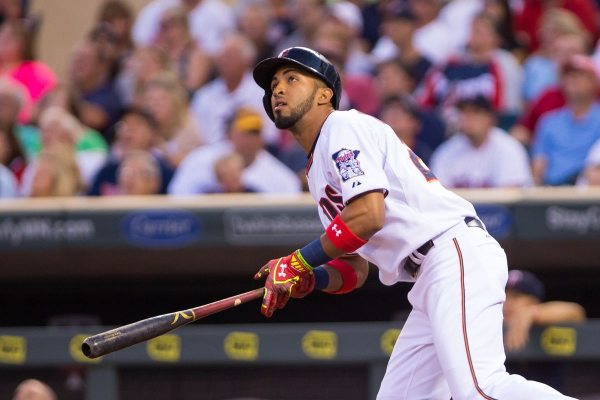 The Minnesota Twins have been the biggest surprise of the 2019 Major League Baseball season, and they are showing no signs of slowing down. Minnesota will host the Milwaukee Brewers for a brief two-game interleague series beginning on Memorial Day. Milwaukee has been slumping a bit of late, but they are viewed as a playoff contender in the very tough National League Central Division. With plenty of stars and some very talented lineups in this game, bettors should expect a high-scoring affair.

The Minnesota Twins were supposed to be much better this season, but no one knew that they would be this good. Minnesota has rattled off six straight wins to improve its record to an MLB-best 36-16. The Twins have already built up a whopping 10-game lead in the American League Central Division over the favored Cleveland Indians.

Milwaukee snapped a brief two-game losing streak on Sunday with an impressive 9-1 win over the Phillies. The Brewers are now 30-24 on the season and trail the Chicago Cubs by 1.5 games in the NL Central. Minnesota is -119 over the Brewers in the series opener.

The biggest reason for the great start by the Twins has been their amazing ability to hit home runs. The Twins have already blasted 110 home runs this season and are well above the pace to shatter the Major League record for home runs in a single season. Minnesota has hit at least five homers in five different games this season, and have done plenty of damage at home.

Eddie Rosario has been the biggest slugger this season, leading the team with 16 home runs and 45 runs batted in. Minnesota has scored 53 runs during this recent six-game winning streak.

Minnesota will send Michael Pineda to the mound for the Memorial Day game, and he has had mixed results this season. Pineda comes in with a 4-3 record, but his ERA has jumped up to 5.43 on the season. The hard-throwing right-hander has won his last two starts, so maybe he is starting to turn a corner. All the Twins really need their starter to do is keep the game close and let their offense do the work.

Gonzalez Has Been Sharp For Brewers

Gio Gonzalez didn’t start the season with the Milwaukee Brewers, but he looks like a key piece for them moving forward. Gonzalez will be making his sixth start of the season on Monday night and has gone 2-1 with a 2.39 ERA so far this season. If the Brewers can get an early lead in this game, then flame-thrower Josh Hader will be lurking in the bullpen to close out the game. Keeping the ball in the park will be a key for Brewers pitching.

Christian Yelich looks like he is well on his way to another MVP Award in the National League. Yelich missed a few games recently with a back issue but hit his 21st home run of the season on Sunday to go along with 43 runs batted in. The Brewers need to find more production from the rest of their lineup though and come into this game hitting just .249 as a team. Milwaukee will likely have to score some runs to beat the Twins.

The Milwaukee Brewers are considered one of the top teams in the National League, but they are dealing with a monster in this game. Minnesota has been bashing its way through the American League and doesn’t show any signs of slowing down. The Brewers might have a small advantage in the pitching matchup, but hitting is going to win this game. Bet the Minnesota Twins -119 over the Milwaukee Brewers on Monday night.