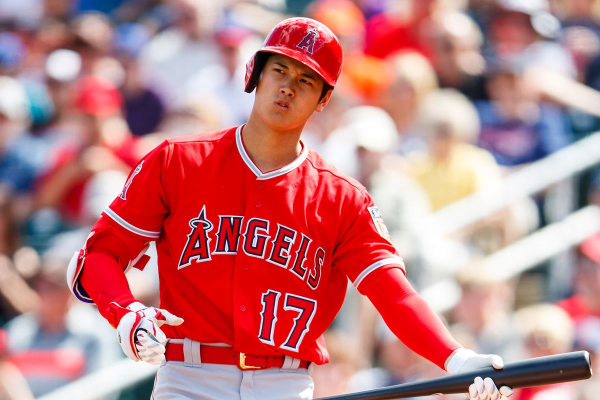 It is a battle of AL West divisional foes on Thursday as the Los Angeles Angels (25-29) travel to T-Mobile Park to take on the Seattle Mariners (24-34) for the first of a four-game series. Both of these teams have struggled this season, and both sit double-digit games back of the first place Houston Astros.

For the Angels, they are coming off of a series win over the Oakland Athletics after winning Wednesday 12-7 in 11 innings. They scored 5 in the 11th to break the game wide open, and their bullpen held on for the win. As for Seattle, they lost on Wednesday 8-7, losing the series 2 games to 1. After starting the season 11-2, they have gone 13-32 since. The Los Angeles Angels will likely go with an “opener” on Thursday, and the belief is that Felix Pena (2-1, 3.22 ERA) will likely get either the nod as a starter, as the opener or as the pitcher to come on in the second inning. For the Mariners, it is a little more concrete with Yusei Kikuchi (3-2, 3.82 ERA) taking the start. First pitch for this contest is scheduled for 10:10 pm ET.

The moneyline for this one features the Los Angeles Angels +110 and the Seattle Mariners -120. The over/under on runs scored is set at 8.5.

Offensively, both of these teams are towards the middle of the pack. The Mariners rank 10th in runs per game averaging 5.07; however, at home, that number is only 4.65. For the Angels, they come in at 16th in the majors averaging 4.76 runs per game (4.30 on the road).

On the pitching side, both of these teams come closer to the bottom. The Angels rank 24th in the majors in team earned run average at 4.99 (their ERA on the road is even worse at 5.37). The Mariners plummet all the way to 29th, only ahead of the Baltimore Orioles, with a team ERA of 5.19 (5.05 at home).

Angels Looking To Put A Win Streak Together

After having won two in a row over the surging Oakland A’s, the Angels are trying to put their own winning streak together. As mentioned in the intro, the pitching situation is a little murky at this point, but the belief is that Felix Pena will get a decent amount of the innings early on in some way, shape or form. On the season, Pena is 2-1 in 10 appearances with a 3.22 ERA, 0.96 WHIP and opponents are hitting .198 against him. In 4 appearances as a starter, though, he is 0-1 with a 4.15 ERA.

Offensively, the Angels should be getting the best player in the game back Thursday. After fouling a ball off of his foot, Trout took Wednesday off, but with x-rays revealing no fractures he should be good to go on Thursday. On the season, Trout is hitting .276/.449/.565 with 12 home runs, 30 runs batted in and 38 runs scored. To date, Trout has been walked (49 times) more than he has struck out (36 times).

After looking dominant to start the season, the Mariners have looked nothing but pedestrian since. Trying to get them back on the winning ways Thursday will be rookie southpaw Yusei Kikuchi. In 12 starts, he is 3-2 with a 3.82 ERA, 1.19 WHIP and opponents are hitting .250 against him. In 63.2 innings, he has allowed 61 hits, 27 earned runs, 9 home runs and has struck out 50 while walking 15. His last outing, a 6-5 loss to the A’s, was one to forget. He went 3.1 innings, allowing 10 hits, 1 walk, 5 runs (4 earned), and struck out just 1. He will look to bounce back against the Angels Thursday.

Offensively, there isn’t a whole lot to love. Yes, they do hit for power. The Mariners have 6 players with double-digit home runs including Domingo Santana (10), Tim Beckham (10), Jay Bruce (13), Edwin Encarnacion (13), Mitch Haniger (14) and Dan Vogelbach (15). However, of those players, only 3 are hitting over .250, and no one is hitting over .275. They also strike out a ton, led by Mitch Haniger and his 72 strikeouts. Still, their offense has been respectable, ranking in the top 10, but their pitching has certainly been a cause of concern.

I can’t say that I am enamored with either team in this one. Both teams have struggled throughout the season, and while Kikuchi gets the nod as the better starting option, the bullpen for the Mariners has been brutal as of late. With that in mind, I err on the side of the Angels. I like the fact that they are getting the moneyline of the underdog at +110 and anytime I can take the best player in the game (Mike Trout), I will. I understand either way you go on this, but for my money, I am taking the Angels.