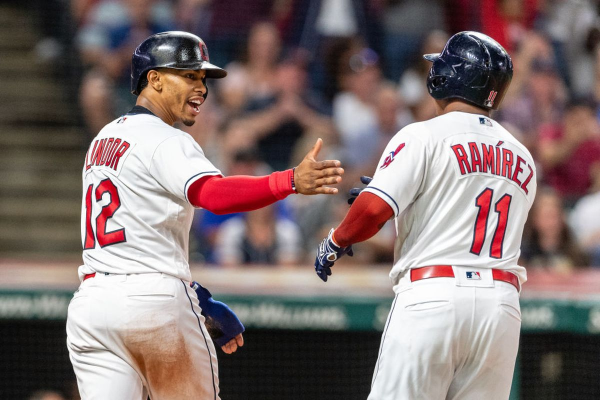 Thursday night features a matchup of AL Central versus AL West when the Cleveland Indians (13-10) travel to Minute Maid Park to take on the Houston Astros (15-9). Coming into this one, the Indians had lost three games in a row before snapping the skid with a 6-2 win over the Marlins on Wednesday. For the Astros, they have won two in a row after beating the Minnesota Twins 7-1 behind a strong pitching effort by Justin Verlander Wednesday.

The pitching matchup between the Indians and the Astros should be a good one, with the Indians sending Trevor Bauer (2-1, 2.20 ERA) to the mound to square off with the Astros’ Gerrit Cole (1-3, 5.22 ERA). First pitch for this one is scheduled for 8:10 pm ET.

The moneyline for Thursday’s game is set at the Cleveland Indians +150 and the Houston Astros -160. The over/under for runs scored is set at 7.5.

Indians Hope To Build On Win

To say that the Indians have struggled from the plate would be quite the understatement. This season, they rank 23rd in runs scored (3.82), 29th in batting average (.210), 30th in slugging percentage (.321) and 29th in home runs per game (0.73). Still, Wednesday gave a small glimpse of what could be with this lineup.

For instance, Jose Ramirez, who has struggled all season long, went 3 for 4 with a home run, 4 runs batted in and a run scored. Still, as impressive as that was, he is still hitting just .184 this season. Francisco Lindor, who missed the first chunk of the season with an injury, is batting just .222, and of the regulars on Cleveland, just a couple players are hitting higher than .260 on the season. Still, the Indians have proven players and hope it is just a matter of time before their offense consistently shows up.

While they wait on their hitting to show up, the pitching for the Indians has been pretty solid. They rank 8th in ERA (3.66) and 1st in strikeouts per 9 innings (10.41). Arguably their best pitcher to date will be taking the mound Thursday in righty Trevor Bauer.

Astros Look To Keep It Going At Home

After a dismal three games where the Astros pitching gave up 29 runs, they have looked much better over the last two, winning 10-4 Tuesday and 7-1 Wednesday. Even though their pitching hit a rough streak, the offense has been raking. One person in particular who has been solid early on is former Cleveland Indian, Michael Brantley.

His last outing was especially tough, giving up 8 earned runs (9 total), on 9 hits, 3 walks and 8 strikeouts over 4.1 innings in a 9-4 loss to the Texas Rangers. In that outing, Cole was especially inconsistent in the first inning, giving up 5 runs in the first frame. He will look to bounce back Thursday against the Indians.

Indians Take The First One

The Astros have been among the league leaders in just about every offensive category to start the season, but this one comes down to the pitching for me. Gerrit Cole is a legitimate ace, but he has yet to pitch like one this season. Trevor Bauer, on the other hand, has been dominant in nearly every start to begin the season.

It is worth noting that the Astros have some players who have had success against Bauer (Altuve is hitting .333 in 21 at-bats, Chirinos is .429 with 2 home runs, Yuli Gurriel is .364 in 11 at-bats), but until Gerrit Cole shows that he can regain the form that made him so dominant last year, I have a hard time putting money on him. Plus, at +150 there is really good value in an Indians team that has a winning record despite their offensive shortcomings and a bonafide ace on the mound. For my money, I am taking the Indians.