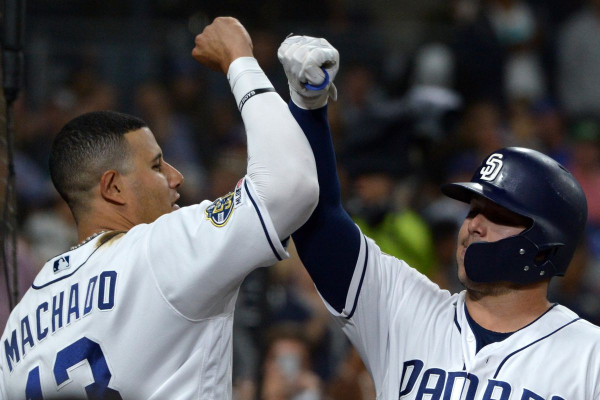 It is a National League battle of Central versus West on Wednesday as the Chicago Cubs (77-67) take on the San Diego Padres (67-77) at Petco Park. The Cubs are trying to close ground on the St. Louis Cardinals, who they trail by four games in the NL Central Division race. Currently in the second Wild Card spot, the Cubs have a good chance of making the playoffs, but it would be that much sweeter for the North Siders if they could surpass their longtime division rivals.

For the Padres, this season may not have equated to the wins and losses that they want, but there have been positives nonetheless. One such positive is their starting pitcher on Wednesday as Chris Paddack (8-7, 3.54 ERA) has been really impressive this season. Cole Hamels (7-6, 3.95 ERA) will take the ball for the Cubs. First pitch for this contest is scheduled for 10:10 pm ET.

The moneyline for this matchup features the Chicago Cubs at -110 and the San Diego Padres at -110, truly making this a pick ’em type game. The over/under for runs scored sits at 8.

On the pitching side, it is the Cubs once again that hold the advantage. They currently rank sixth overall with a team earned run average of 4.04 (4.67 on the road). The Padres currently rank 16th with a staff ERA of 4.55 (4.25 at home).

With less than 20 games to go until the postseason, the Cubs are doing everything they can to make sure they have a spot at the postseason’s dinner table. Trying to help the cause on Wednesday will be Hamels. On the season, Hamels is 7-6 in 24 starts with a 3.95 ERA, 1.38 WHIP and opponents are hitting .265 against him.

In 130 innings, Hamels has allowed 132 hits, 57 earned runs, 16 home runs and has struck out 125 versus 47 walks. Despite his decent numbers, he has struggled on the road this season.

The Cubs took a hit with the fractured hand of Javier Baez, but they still have plenty of firepower. One of the hottest hitters for the club of late has been Kyle Schwarber. In the last 30 days, he has been hitting .247/.315/.630 with eight home runs, 21 runs batted in and 12 runs scored.

In fact, the only player hotter than him on the Cubs has been the trade-deadline acquisition, Nick Castellanos. In that same time, Castellanos is hitting .337/.358/.683 with 10 home runs, 21 runs batted in and 19 runs scored. Regardless, when you throw in players like Anthony Rizzo, Kris Bryant and others, this is a lineup that should be able to put up runs.

While the hopes of the postseason are no more for the Padres, they still hope to finish strong and wouldn’t mind playing spoiler here and there. Trying to get the win on Wednesday will be rookie sensation Paddack. On the season, Paddack is 8-7 in 24 starts with a 3.54 ERA, 1.02 WHIP and opponents are hitting just .211 against him.

In 129 2/3 innings, Paddack has allowed 103 hits, 51 earned runs, 22 home runs and has struck out 137 versus just 29 walks. In his last outing, a 4-1 loss to the Diamondbacks, Paddack threw 5 1/3 innings of scoreless baseball, allowing four hits, two walks and striking out eight. He will look to continue that Wednesday.

The Padres have shown signs of improvement offensively this season. Fernando Tatis Jr. showed a reason to be optimistic for the future prior to being shut down, and the minor league pipeline is still flush with talent. Even the big acquisition of Manny Machado has been solid (although maybe not spectacular), as he has hit .263/.334/471 with 29 home runs, 78 runs batted in and 77 runs scored.

While Padres fans and the organization probably thought those numbers might have been a bit more inflated, it is still a solid season for the third baseman as the team looks to take steps forward. While they may not make the playoffs this year, they do seem like a team definitely on the rise.

Petco Park is certainly a pitcher’s paradise, but Paddack has excelled regardless of the venue most of the season. While he is probably close to being shut down after a generous extra workload compared to last season, he is still throwing the ball well. In his last two starts, he has allowed just a single run.

On the other hand, Hamels has been a bit more inconsistent of late (he gave up five runs in 3 1/3 innings in his last start) and has struggled on the road this season (4-5 with a 5.66 ERA). The Cubs offense certainly can sway it their way, but for my money, I am going with Paddack and the Padres at -110.