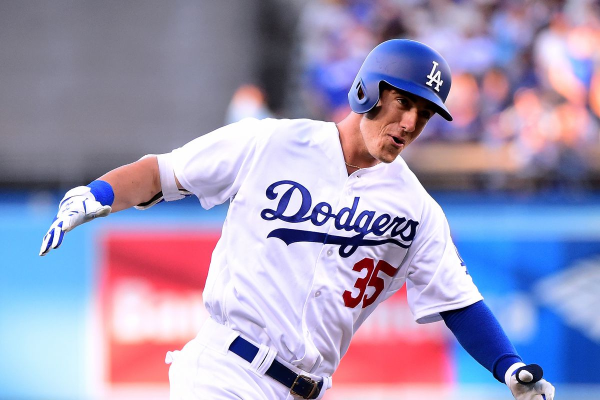 The Los Angeles Dodgers will visit the Tampa Bay Rays on Tuesday in the first of a quick two-game series. The Los Angeles Dodgers come into the game with the best record in the National League. Los Angeles sits at 31-17 on the season. For the Rays, they have been competing at the top of the American League East all season. The Rays are 27-17 on the season and sit in second in the American League East. The Dodgers are favorites at -140 in this game on the road.

Kershaw on the Hill for Dodgers

Clayton Kershaw may not be the same dominant lefthander that he was several seasons ago, but the dude is still getting the job done. The lefthander is 3-0 on the season with a 3.40 ERA and 36 strikeouts in 39.2 innings. Kershaw has walked just 7 batters this season. In his last outing, Kershaw is coming off an outing where he allowed just 5 hits and 3 runs through 7 innings against the Padres.

Cody Bellinger leads the Dodgers attack and leads all of Major League Baseball with his .405 batting average. He also sports an OBP of .485. The Dodgers slugger has crushed 17 home runs so far this season and also 10 doubles. Los Angeles has also seen Corey Seager hit 11 doubles on the season, while JocPederson has blasted 14 home runs. Los Angeles has won 7 out of their last 10 games.

Hunter Wood will get the first inning for Tampa Bay. The Rays have been creative with their pitching this season using guys out of the bullpen to open games. Hunter Wood is 1-0 on the season and has yet to allow a run. Wood has thrown 7.1 innings and struck out 7 batters. The last time he pitched was May 18th when he threw an inning, allowing nothing, and recording a win over the Yankees.

The offense for the Rays is anchored by former Cardinals slugger TommyPham. Pham is hitting .279 on the season, with 5 home runs and 4 doubles. Brandon Loew leads the team with 10 home runs, but most of the Tampa Bay success has come from fantastic pitching and timely hitting. Tampa Bay is 5-5 in their last 10 games, and coming off a blowout loss to the Yankees on Sunday.

Do not expect a ton of runs to be scored in this game. That’s a little surprising to say with the Dodgers playing. Los Angeles has been outstanding with the bats, and the Rays have been tremendous pitching. When push comes to shove though – Clayton Kershaw is going to overpower the Rays bats. We are going to take the Los Angeles Dodgers to win this interleague game over the Tampa Bay Rays. Bet the Los Angeles Dodgers -140 over the Tampa Bay Rays on Tuesday.