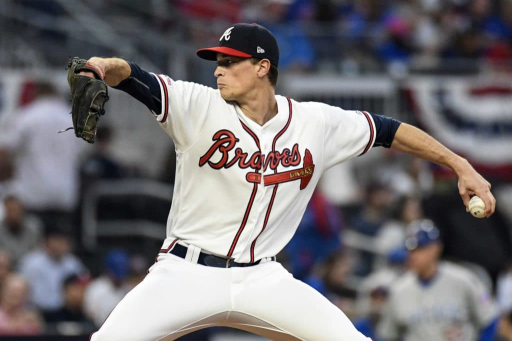 The Los Angeles Dodgers (23-14) will look to make it two in a row over the Atlanta Braves (18-17) on Tuesday as the two get set to play the second of a three-game series at Dodger Stadium. On Monday, the Dodgers were able to prevail thanks to a nice game from Chris Taylor (2 for 4 with 2 runs batted in) and a really nice start from Walker Buehler (7 innings, 5 hits, 3 earned runs, 8 strikeouts). In the loss, both Freddie Freeman and Nick Markakis went deep while starter Kevin Gausman struggled through 4.1 innings, allowing 7 hits, 5 runs (3 earned), 4 walks and struck out 6.

On Tuesday, it will be a battle of southpaws as Max Fried (4-1, 2.11 ERA) of the Braves squares off against the Dodgers’ Hyun-Jin Ryu (3-1, 2.55 ERA). Both pitchers have gotten off to really nice starts this season and will look to help their clubs secure a victory on Tuesday. First pitch is scheduled for 10:10 pm ET.

The moneyline for Monday’s game is set at the Atlanta Braves +132 and the Los Angeles Dodgers -142. The over/under for runs scored is set at 7.5.

In his last start, a 5-1 win over the San Diego Padres, Fried was dazzling. He went 7 innings, allowing 4 hits, 1 earned run, and struck out 7 while walking no one. Despite his effort, Atlanta’s staff as a whole has struggled. They currently rank 15th in the league in earned run average (4.29) and do even worse on the road (4.46). Fried will look to keep his dominant ways going against a lineup that is lefty heavy.

For Acuna, he made his return to the lineup on Monday after sitting out Sunday with back tightness. While he went 0 for 4 with two strikeouts in the loss, it was still nice to see him back on the field.

Dodgers Have Their Own Solid Southpaw

While Max Fried has been really good this season for the Dodgers, Hyun-Jin Ryu has been equally as dominant. On the season, Ryu is 3-1 in 6 starts with a 2.55 ERA, 0.91 WHIP and opponents are hitting .231 against him. In 35.1 innings, he has allowed 30 hits, 10 earned runs, 6 home runs, and has struck out 39 while walking a miniscule two batters on the season.

In his last outing, a 2-1 loss to the San Francisco Giants, Ryu was dominant. In 8 innings, he allowed 4 hits, 1 earned run and struck out 6. Unfortunately, the offense couldn’t score more than one run, and the bullpen gave up another in the ninth, but Ryu continued a really impressive start to the season. With his ability to create soft contact while preventing the walk, he has the ability to keep the Dodgers in most any game.

Just like it was nice to see Ronald Acuna Jr., so too was it nice to see Cody Bellinger back on the field Monday. After missing several games with arm soreness, Bellinger returned to action Monday and went 1 for 5 with 2 strikeouts. Despite the subpar day, Bellinger is still hitting about .400 (.403) and adds a whole additional dimension to that team.

One concern for the Dodgers will be their lefty-heavy lineup. With Joc Pederson, Cody Bellinger, Corey Seager, Max Muncy and Alex Verdugo all in the lineup Monday, it is a lefty-drive lineup against one of the best lefties in the game early this season. Against lefties, they are hitting just .245 this season (.262 against righties) and have scored 2/3 of their runs this season against righties. It is not to say they can’t score against a lefty, but especially with A.J. Pollock on the injured list, their outfield depth takes a shot with all three starters being lefties.

To try to get another righty bat in the lineup, it would not be shocking to see either Russell Martin, Austin Barnes or newcomer Travis d’Arnaud get a start in the infield (allowing either Chris Taylor or Kike Hernandez to go to the outfield). Still, their lineup is a bit stronger against righties as opposed to lefties.

This One Is A Coin Flip

I really like the way these two pitchers have thrown the ball thus far. Both Max Fried and Hyun-Jin Ryu have seemed like different pitchers this year, and I could see them both throwing well on Tuesday. With no team having a clear advantage, I tend to lean towards the team getting the better moneyline, and that is the Atlanta Braves.

I could see this one coming down to just a run or two making the difference and with it too close to call, for my money, I will try to maximize my bet by taking the underdog. Take the Braves at +132.