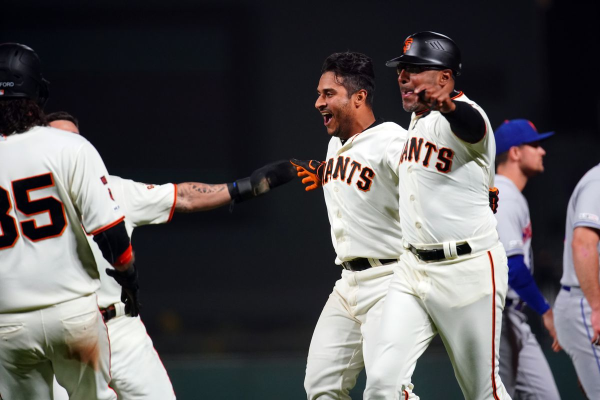 Friday night will feature a battle of East Coast versus West Coast when the New York Mets travel to AT&T Park to take on the San Francisco Giants.  Both of these teams are well out of their respective division races as the Mets are 13 games back of the Atlanta Braves in the NL East while the Giants are 15 back of the Dodgers in the NL West. San Francisco pulled within 2.5 games of the second Wild Card spot with their sixth straight win Thursday night, meaning they still have something to play for.

The moneyline for this one comes in at the New York Mets -190 and the San Francisco Giants +180.  The over/under for total runs scored is 10.5.

While the Mets sit six games back in the Wild Card, there are a lot of teams that stand in between them and the second Wild Card spot. Still, if they have any hope of making a run, they need their aces to pitch as such and will hope Jacob deGrom can pitch them to a victory Friday.

On the offensive side, rookie Pete Alonso has beennothing short of amazing this year.  Thus far he is hitting .270/.365/.613 with 31 home runs, 71 runs batted in and 59 runs scored (he leads the team in all three of those categories).

One of the hottest hitters on the Mets recently, though, is Jeff McNeil. In the last 30 days, he has been hitting .374/.406/.604 with four home runs, nine doubles, 18 runs batted in and 17 runs scored.  The two of them will look to try to get some run support for deGrom and the Mets.

Like the Mets, the Giants sit within striking distance of the Wild Card, but it appears that they are still considering selling at the trade deadline.  With players like Madison Bumgarner, Will Smith, Tony Watson and others potentially being moved, it appears the Giants may consider a rebuild.  It doesn’t appear that anyone has told that to the players, though, who continue to go out and battle.

Offensively, it is hard to get very excited for what the Giants offer.  No one on their team has more than 13 home runs, and their stars (Buster Posey, Evan Longoria) are well past their prime.  For Posey, he is one of the more consistent hitters but is still only hitting .263/.324/.403 with just five home runs, 28 runs batted in and 29 runs scored. Posey does have some success against deGrom as he is hitting .286 in 14 at-bats with a home run.  Kevin Pillar leads the team in runs batted in with 51 and is hitting .256/.285/.427 with 12 home runs.

It is hard to get very excited about the Giants in this one, and the moneyline reflects it.  You have a former Cy Young Award winner in deGrom on the mound, and neither the Giants’ offense nor Tyler Beede has been especially intimidating.  The last time Beede faced New York, he gave up five earned runs.  I don’t exactly love either team most nights, but on Friday, I am definitely putting my money on the New York Mets at -190.