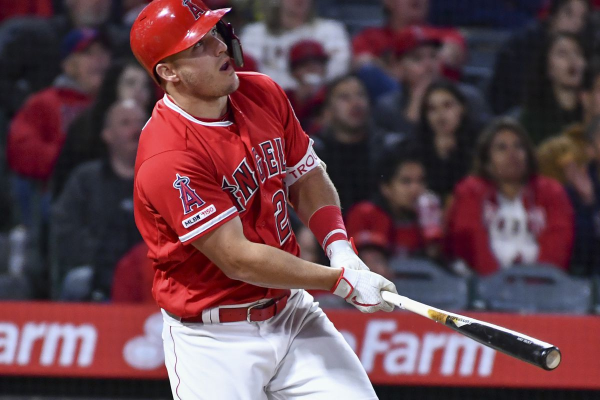 The Minnesota Twins have been one of the best teams in baseball this season, but they are headed out West. Minnesota will travel to Los Angeles to take on Mike Trout and the Angels for a series that starts on Monday night. There is no doubt that the Angels have the best player in this series, but the Twins have built up one of the best rosters in the American League. It’s always difficult for Midwest teams to travel to the West Coast, but the Twins appear to be up for the challenge in this one.

Not only have the Twins been a great team all season long, but they have been playing great ball on the road. Minnesota has gone 15-8 on the road this season and bring a 30-16 record into this game. The Twins are on top of the American League Central Division by 4.5 games over the Cleveland Indians and look like real contenders this season.

Minnesota has already hit 95 home runs this season, and their pitching staff has given up just 64 of them. There is no doubt that the Twins will be looking to play long ball in the series opener against the Angels.

Minnesota will also have the luxury of having one of their best pitchers on the mound in the series opener on Monday night. Jake Odorizzi has been great all season long for the Twins and comes into this game with a record of 6-2 and an earned run average of just 2.63. If Odorizzi can keep the Angels to three runs or less than the Twins offense should be able to do the rest.

Angels outfielder Mike Trout is widely considered the best player in the Major Leagues, and he is off to another great start for Los Angeles. Trout is getting on base at a .468 clip and hit his 250th career home run over the weekend. Journeyman Tommy La Stella has also been terrific since putting on the Angels uniform. La Stella leads the team with 11 home runs and has also driven in 26 runs. The Angels have the potential to score a ton of runs as well, but their pitching staff has also been known to give them up.

Playing on the West Coast is never easy for the Twins, but this team is just too good. Minnesota will take advantage of a spot starter in this game, and they are going to put up a ton of runs. Mike Trout always has the ability to lead his team, but he won’t be able to get the win by himself in this one. Bet the Minnesota Twins -122 over the Los Angeles Angels on Monday night.