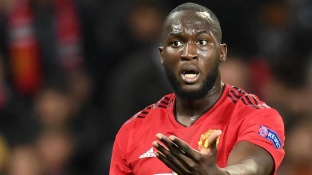 Monday night features a matchup of one of the hottest teams in baseball versus one of the hottest players when the Milwaukee Brewers (8-2) travel to Angel Stadium to take on Mike Trout and the Los Angeles Angels (4-6). Both teams are coming off of wins on Sunday as the Milwaukee Brewers beat the Chicago Cubs 4-2 as Christian Yelich went 2 for 3 with a home run and 3 runs batted in while Josh Hader picked up an 8-out save going 2.2 innings and striking out 3. For the Angels, Mike Trout hit his 5thhome run in 4 games on Sunday while finishing the day 1 for 2 with 2 runs batted in and 3 walks. On the mound for Monday’s matchup will be Jhoulys Chacin (2-0, 4.22 ERA) for the Brewers against Trevor Cahill (0-1, 3.75 ERA) for the Angels. First pitch is scheduled for 10:07 pm ET.

The moneyline for Monday’s game is set at the Milwaukee Brewers -107 and the Los Angeles Angels -103. The over/under on runs scored is set at 8.5.

As the Brewers have gotten off to a sizzling start, starter Jhoulys Chacin looks to move to a perfect 3-0 on Monday. On the season, Chacin is 2-0 with a 4.22 ERA and 1.03 WHIP. In 10.2 innings, he has allowed 6 hits, 5 walks, 2 home runs while striking out 13 and holding opponents to a .158 batting average against. In his last outing, a 4-3 win over the Cincinnati Reds, Chacin went 5.1 innings, allowing just 3 hits, 2 earned runs and 3 walks while striking out 6. He will look to keep it going against the Angels on Monday.

From an offensive side, the Brewers are absolutely loaded this year. Christian Yellich, last year’s NL MVP is picking up exactly where he left off. On the season, he is hitting .361/.489/.889 with a 1.378 OPS. He also has 5 home runs, 13 runs batted in, 11 runs scored, 4 doubles and has walked 10 times versus just 5 strikeouts. Leadoff man Lorenzo Cain has also been spectacular. He is hitting .368/.432/.553 with a home run, 9 runs scored and 3 stolen bases. Throw on top of those two the fact that Ryan Braun has 3 home runs, Eric Thames has 2, Orlando Arcia has 2, and Mike Moustakas has 2, and this team can truly beat you up and down this lineup.

The downside for the Angels is that they are beat up. Justin Upton is hurt, Shohei Ohtani is hurt, and they have just not been able to field the team that they have wanted to yet this year. The plus, though, is they still have the best player in baseball (and possibly one of the best all-time) in Mike Trout. Just 10 games in and Trout is already hitting .393/.581/1.000 with a 1.581 OPS. He also has 5 home runs, 2 doubles, 12 runs batted in, 6 runs scored and 11 walks versus just 3 strikeouts. The problem for Trout and the Angels, though, is that there just isn’t much else around him. Kyle Calhoun is the only other player with more than one home run (he has 2), yet he is also hitting just .200/.243/.429. Sadly, the Angels only have 3 players hitting higher than .250, and they are struggling to put up runs consistently.

On the pitching side, they will look to Trevor Cahill in this one. In 2 starts, Cahill is 0-1 with a 3.75 ERA and 0.83 WHIP. He has thrown 12 innings, allowing 5 earned runs, 2 home runs and has struck out 8 versus only 1 walk. In his last outing, a 2-1 loss to the Mariners, Cahill actually pitched really well. He went 6 innings, allowing just 3 hits and 1 earned run while walking none and striking out 5. Unfortunately for Cahill, run support could be a problem even if he is pitching well.

Milwaukee is really playing some good baseball, and the only thing that might make them even more dangerous is going to an AL park and having the designated hitter at their disposal. Between Eric Thames, Ryan Braun, and Jesus Aguilar, they certainly have players that can swing the bat despite their defensive shortcomings. By giving them the luxury of the designated hitter, it makes it more likely that they will all be in the lineup. Throw those three alongside the likes of Christian Yellich, Lorenzo Cain, Travis Shaw, Mike Moustakas, and Yasmani Grandal, and you have a tough lineup from start to finish. One thing worth noting for the opener, though, is that Josh Hader and even Alex Claudio will likely not be available in this one. Particularly for Hader, who threw 36 pitches Sunday, it would be a lot to ask of their closer to go back-to-back nights after that performance. That might make a close ballgame in the later stages a more interesting one. Still, for my money, I am taking the Brewers at -107.