Mariners vs. Mets May 14 Betting: Mets to continue bounce-back trend to even series 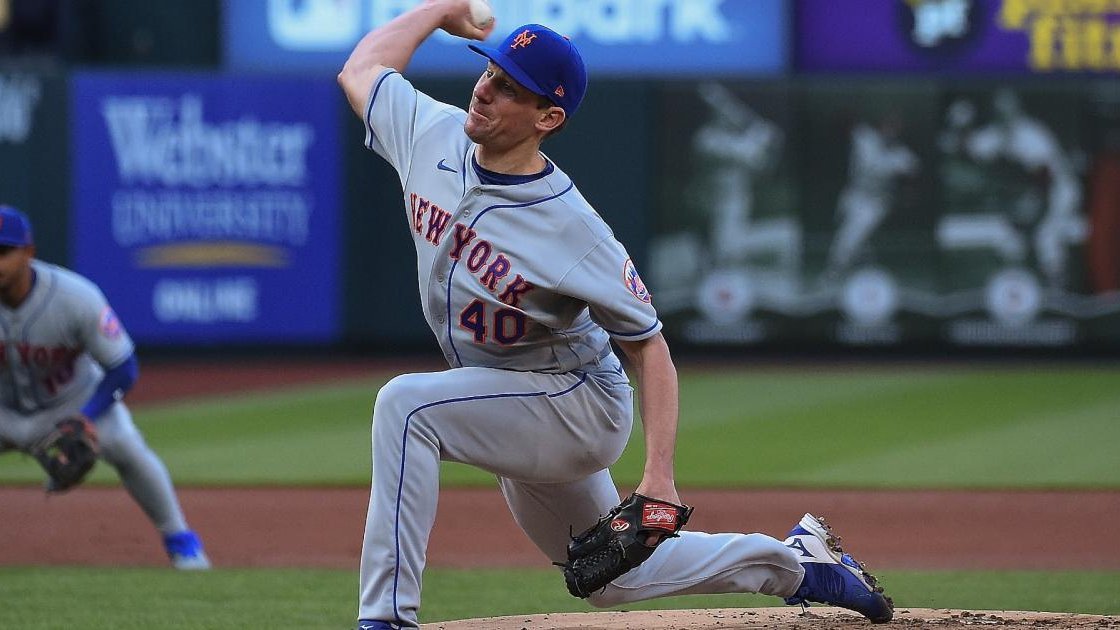 After handing the Mets a rare loss in a series opener, the Seattle Mariners are in position to hand the NL East leaders their first series loss of the season.

If the Mets are to keep their stellar start intact, they must first take care of business tonight at Citi Field against highly touted Mariners prospect George Kirby, who will look to follow up an outstanding MLB debut against one 2022 World Series hopeful with a strong effort against another championship contender.

Even after their 2-1 loss last night, the Mets have a 5.5-game lead atop the NL East and would be the #1 seed in the NL if the 2022 MLB playoffs started today.

Among the many things that stick out about the Mets’ fast start is their record in series thus far. Of their ten completed series, they have won nine and split one. The lone result standing in the way of a perfect record is a split of a four-game series with the Atlanta Braves earlier this month.

To maintain a streak like that for a sustained period, bouncing back well after losses is a must. And that is something that the Mets have done very, very well to date.

Entering tonight’s game against the Mariners, the Mets have tallied ten wins and just one loss in games following a loss. Their only back-to-back losses came against the Washington Nationals in a series finale of an already-clinched four-game series on April 10 and a loss to the Philadelphia Phillies in a series opener the next day.

To keep the good times rolling, the Mets will need to solve Kirby, who was dominant against the Tampa Bay Rays in his MLB debut this past Sunday. He tossed six shutout innings, struck out seven, and allowed just four hits and no walks, with the Mariners going on to win 2-1 in 10 innings.

This will be a homecoming of sorts and a full circle moment for Kirby, who is from Rye, New York and was a 32nd-round draft pick by the Mets out of high school in the 2016 MLB Draft.

He’ll be aiming to outduel Bassitt, who has more familiarity with the Mariners than with any other opponent, due to his long tenure with the Oakland A’s. He’ll be looking for a little more success than he is accustomed to against the M’s. In 14 appearances (12 starts), he is just 1-4 with a 3.98 ERA.

But ten of the appearances and eight of the starts have come in Seattle, where he is just 1-2 with a 4.93 ERA. Last season, he was 0-0 with a 5.28 ERA in four starts against Seattle, but three of those starts were at T-Mobile Park, where he posted a 6.57 ERA.

Bassitt has had only one outing thus far that could be considered poor, which came when he allowed five runs and eight hits in six innings in a 5-2 home loss to the San Francisco Giants on April 20. But three of those five runs and four of those hits were surrendered in the first inning, and he didn’t get hit too hard over his final five innings.

After a pretty disappointing stretch for Seattle, last night’s win was an encouraging sight. But with how well the Mets have bounced back from losses this season, they are the best bet for tonight’s matchup.

Not only have the Mets bounced back with wins in all but one game, eight of their ten bounce-back wins have come by multiple runs. And with the ML longer than -155 at our top recommended sportsbooks, the -1.5 run line is the move to make here.

Trends actually favor the under tonight at Citi Field, but the Mets are yet to have three straight games in which there were fewer than seven total runs in each game. With that in mind, the over is certainly worth a little sprinkle, especially as the Mets have some frustration to swing out after being shut down last night.

The 2022 Formula 1 season is only six races deep, but the race for this season’s championship alerady appears to be down to just two drivers. Last season, Red Bull driver Max Verstappen claimed his first Formula 1 World Drivers’ Championship in highly controversial circumstances, with Lewis Hamilton denied what would have been a record-breaking END_OF_DOCUMENT_TOKEN_TO_BE_REPLACED