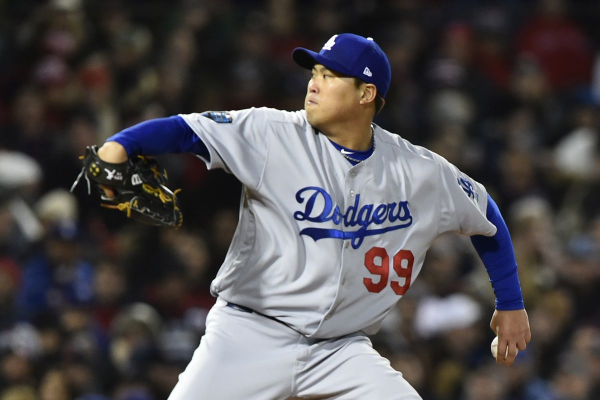 The Los Angeles Dodgers are in the midst of a long East Coast road trip, and they find themselves in Pittsburgh this weekend. The Dodgers got their stay in Pittsburgh off to a great start, winning the series opener Friday by a score of 10-2. Los Angeles looks like a favorite to win the National League once again this season, while the Pirates are trying to get back into the playoffs this season. The pitching matchup favors the Dodgers in a big way in game two of the series.

Los Angeles got off to a rough start to the 2018 campaign, and they made sure not to let that happen again this season. The Dodgers have been in control of the National League West Division since the season opener and currently have a six-game lead. Los Angeles brings a 33-18 record into this game and leads the National League in run differential.

Pittsburgh spent some time in first place earlier this season but currently sits in third place in the NL Central. The Pirates have slumped a bit of late, and their record has dropped to 25-23. The Los Angeles Dodgers are -175 over the Pittsburgh Pirates in game two of the series.

Clayton Kershaw has been the ace of the Dodgers team for the better part of a decade, but that torch might be getting passed this season. Left-hander Hyun-Jin Ryu has been impressive all season long and might be the early front runner for National League Cy Young Award. Ryu has posted a 6-1 record with a miniscule 1.52 earned run average through his first nine starts. The Dodgers also have a weapon in their bullpen in closer Kenley Jansen. Don’t expect the Dodgers to give up many runs in this game.

The Dodgers’ offense has plenty of weapons in their everyday lineup, but none of them have been better than Cody Bellinger this season. Bellinger is hitting .389 on the season and leads the team with 46 runs batted in. The slugging first baseman hit his 18th home run in the series opener and is always a threat to leave the yard. The Dodgers have already scored more than 265 runs this season, and they are the most feared team in the National League.

The Pittsburgh Pirates also have an MVP candidate at first base in Josh Bell. Bell has been on a home run tear of late and leads the team with 16 home runs and 47 runs batted in. Pittsburgh has been waiting for him to put it all together, and he has been a star this season. Melky Cabrera has been great this season as well, coming into this series with a .333 batting average. Pittsburgh doesn’t always score runs with great consistency, but they have the lineup to put up some big numbers.

Even though the Dodgers will have a big edge in starting pitching on Saturday night, the Pirates are sending a solid pitcher to the mound. Joe Musgrove has a losing record at 3-4 on the season but does have a very respectable ERA of just 3.67. Musgrove has given up just three earned runs in his last 13 innings and will need to be great in this one. Closer Felipe Vazquez has converted 13 save chances and is great with a lead.

The Pittsburgh Pirates are building something good with their young roster, but they still have a ways to go. The Dodgers reminded them of what a playoff team looks like in the series opener, and they have their ace on the mound in game two. This game should be much closer, but the Dodgers are going to win their second straight game. Bet the Los Angeles Dodgers -175 over the Pittsburgh Pirates on Saturday night.