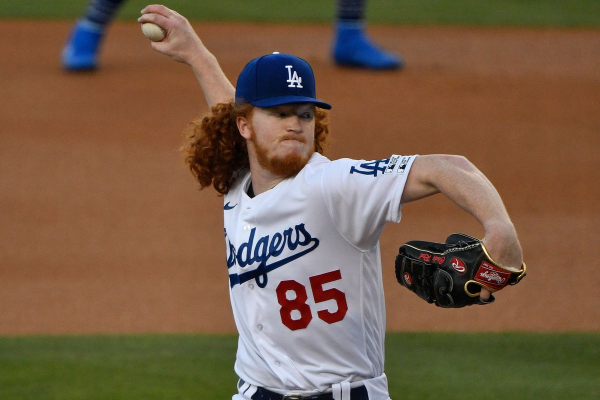 Wednesday night offers an intriguing interleague matchup that replays the 2017 World Series as the Los Angeles Dodgers (3-2) travel to Minute Maid Park to take on the Houston Astros (3-2). Certainly, the rivalry between these two has only grown since news broke of the Astros’ cheating scandal during the 2017 season, so this series should be a good one. First pitch is scheduled for 7:10 pm ET.

The Dodgers took game one of this short, two-game series by a score of 5-2. The Astros were winning until their pitching imploded in the fifth inning, giving up five runs. Things got a little heated later in the game as Dodgers’ reliever Joe Kelly pitched a 3-0 fastball over Alex Bregman’s head and continued to pitch in on the next few batters, adding to the already elevated rivalry.

Dodgers Hoping To See May Continue To Shine

After suffering a back injury, the Dodgers’ Clayton Kershaw was sidelined, and youngster Dustin May was called on to pitch in the team’s opening game against the Giants. The youngster showed quite a bit of promise as he went 4.1 innings, allowing 7 hits, 1 earned run and 4 strikeouts in his debut. The Dodgers are hoping that he can build off of that performance against the Astros Wednesday.

The two biggest hitters in the Dodgers’ lineup, Cody Bellinger and Mookie Betts, both got off to slow starts in the first series. Bellinger hit just .235 while Betts hit .150 in 4 games, and neither of them homered. Still, they are entirely way too talented and should break out of their mini slumps sooner than later.

One player who did get out of the gate well was third baseman, Justin Turner. In 15 at-bats, he had seven hits (four doubles) with four runs batted in.

In the Astros first series, Michael Brantley got off to a scorching start. In 15 at-bats in the first series, he had seven hits, including two doubles and a home run, a stolen base, six runs batted in, and three runs scored.

One area that the Astros are really hurting right now is in their bullpen. Due to injuries, closer Roberto Osuna is the only bullpen piece with more than a year of experience at the major league level. For that reason, reports came out on Tuesday that they are looking at signing veteran righty Fernando Rodney.

With Verlander out, manager Dusty Baker announced that Christian Javier will likely get the start Wednesday. Javier is in his first season with the big club and has had one appearance thus far in relief, where he went one inning and gave up one hit and struck out one.

Taking The Dodgers On The Road

My concern with the Astros in this one is the state of the bullpen. While Javier was stretched out in spring training, it is still unclear how deep he will go in this game. While the same could be said about Dustin May on the other side, I have a bit more trust in the Dodgers’ bullpen than the Astros.

The Astros have had six relievers make their debuts in just the first five games, and that spells disaster if the bullpen has to pick up the slack tomorrow. For my money, I am taking the Dodgers to pick up the two-game sweep.