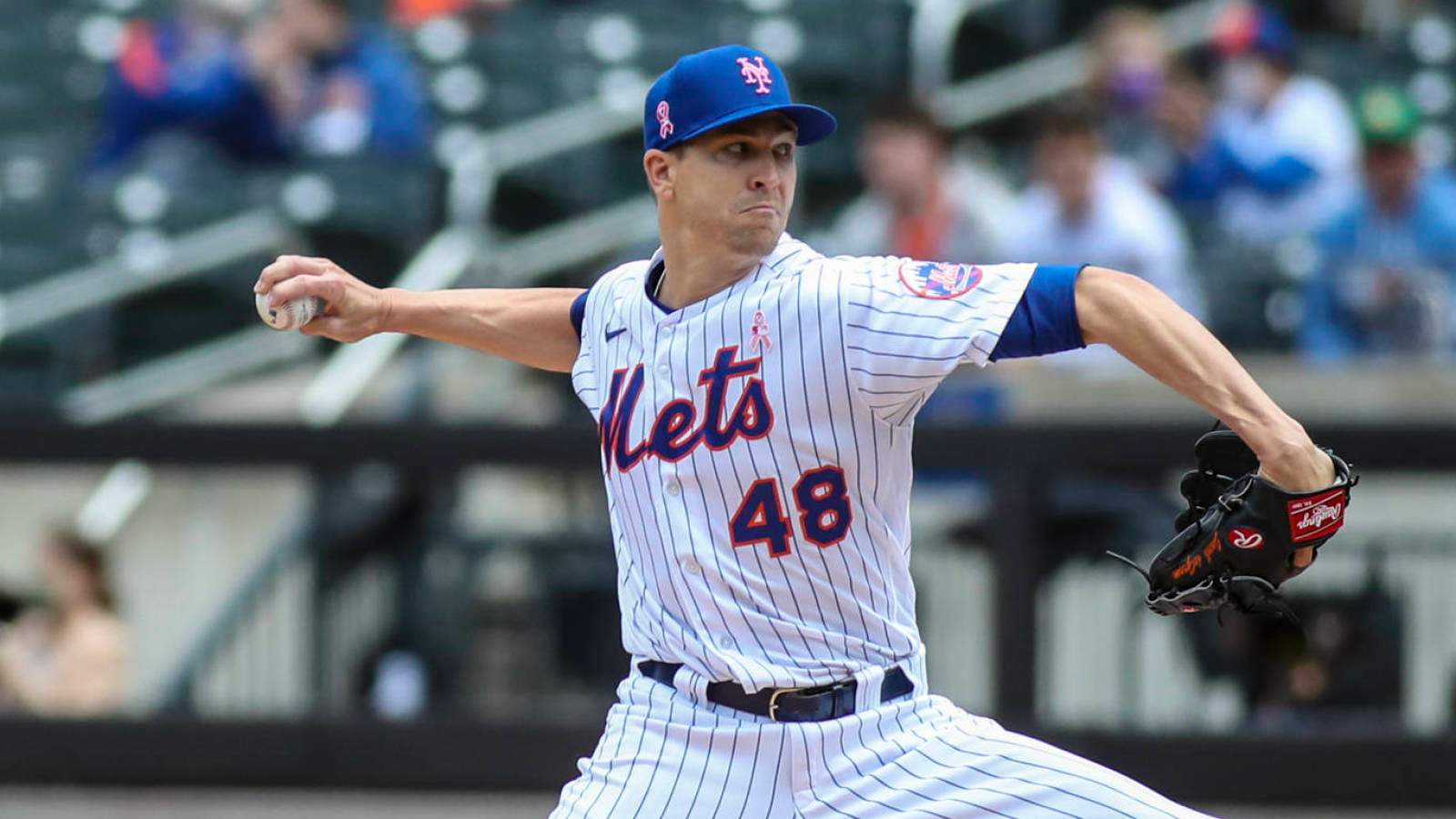 Jacob deGrom, after emerging unscathed from an injury scare on Friday, is the new favorite to win the National League Most Valuable Player award.

The history-making New York Mets right-handed starter enters Wednesday’s scheduled start with a 6-2 record through 10 starts this season, carrying a stunning 0.56 ERA with 103 strikeouts in only 64 innings.

In that most recent start, deGrom issued no walks, allowed only two hits and struck out 10, reaching the 100+ strikeout plateau more quickly than anyone.

He left the game with what the Mets described as right flexor tendinitis, but an MRI came back clean the next day.

That convinced several other major sportsbooks to elevate the 32-year-old ace to favored status.

Yes, the Cy Young Award is strictly for pitchers, but the MVP honors go to the baseball player deemed “most valuable,” and it’s becoming more difficult to argue against deGrom.

The Mets own first place in the NL East as play began this week.

Tatis may ultimately make his $340 million contract look like a bargain, already with 19 home runs and 44 RBIs entering Tuesday’s games. Talk about tools, he’s leading the league in stolen bases with 13.

It’s not only the bare numbers deGrom is providing; his teammates draw endless inspiration from his accomplishments and his dominance.

“We feed off the GOAT, man, for sure,” fellow Mets right-hander Marcus Stroman said. “He’s truly the best of our generation. I think he’ll be the best to ever do it once it’s all said and done.”

And deGrom enters his Wednesday start with more RBIs as a hitter than runs allowed as a pitcher (five to four)! As a batter, deGrom is hitting .400 (10-for-25).

Here's the top 12 rundown on the NL MVP race from FanDuel:

There are no refunds should deGrom suffer an injury, of course, so while another couple of months’ worth of excellence should cement the Cy Young, deGrom needs to stay healthy well into late summer to stay at the top of the MVP lists.

The prominent records deGrom is chasing include:

The only pitcher to come within shouting distance of Gibson has been Mets flame-thrower Dwight Gooden, whose 1.53 ERA in 1985 is next in line behind Gibson.

But putting the pitcher-winning-MVP challenge into perspective, analysts agree that deGrom needs to sustain excellence.

Since 2000, only two pitchers have collected the MVP hardware: Detroit Tigers right-hander Justin Verlander (2011) and Los Angeles Dodgers lefty Clayton Kershaw (2014, when he posted a 1.77 ERA).

The 2014 NL Rookie of the Year (not the Rookie Pitcher of the Year, mind you, the one for all players), deGrom has held opposing batters to a .121 average and limited them to a comical .152 on-base percentage.

Experience, humility and talent are part of the package. Hitters can’t gain much of an advantage even as deGrom rolls through the batting order for the second and third time in a game.

“You don’t know what he’s thinking, you don’t know what’s going on, he’s not emotional on the mound,” Mets manager Luis Rojas said in a New York Post story. “And then he has all these specialties, right, in the pitch menu. This guy’s throwing triple digits throughout a game, and then his secondary pitches are not too shabby. You put that all in a package, and that sounds pretty intimidating to me.”

An added tool is evident this season in deGrom: an increased killer instinct, a la Michael Jordan, Kobe Bryant and, well, Bob Gibson.

“I think he’s mastered the body control of pitching,” Rojas said, “along with his perfect anatomy to pitch, probably, he’s got the long extremities, he creates easy torque with his delivery. … His arm action is probably the cleanest in baseball.”