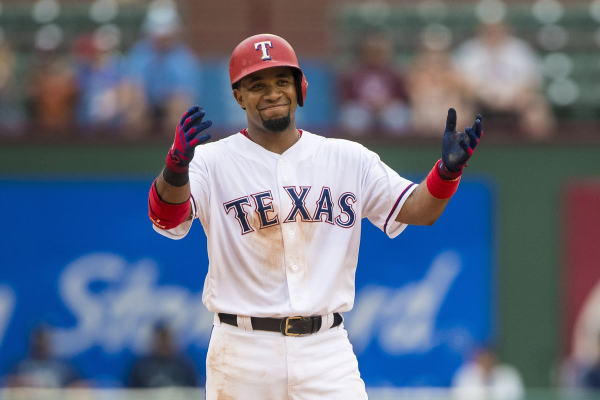 Friday features a battle of AL West teams and intrastate rivals when the Houston Astros (12-6) travel to Globe Life Park to take on the Texas Rangers (10-7). After starting the season 2-5, the Astros roared to 10 straight victories before losing to the Oakland Athletics 2-1 on Wednesday. They will look to get a new winning streak on Friday in Arlington.

For the Rangers, they just finished a sweep of the Los Angeles Angels and have won a total of won four in a row. After taking 2 of 3 in their first series against the Astros, they will be looking to do more of the same from their home in Arlington.

The moneyline for Friday’s game is set at the Houston Astros -220 and the Texas Rangers +200. The over/under for runs scored is set at 9.5.

Astros Hoping To Exact Some Revenge

Houston lost 2 of 3 the first time these two teams faced each other, but the Astros have looked like an entirely different team since that matchup. Their pitching has remained solid, currently ranked 3rd in the majors with a 3.00 team ERA (the Rangers rank 22nd with a 5.12 ERA).

Co-ace Justin Verlander will be taking the mound for the Astros on Friday. On the season, Verlander is 2-0 with a 3.52 ERA, 1.04 WHIP and opponents are hitting .207 against him. In 23 innings, he has allowed 18 hits, 9 earned runs, 4 home runs, and has struck out 30 while walking 6. The scary thing for opponents is that in his first couple starts, he did not pitch particularly well yet he has still put up those stats.

Offensively, the Astros are loaded from top to bottom. The addition of Michael Brantley has really lengthened the team’s lineup. Brantley is hitting .299/.365/.433 with 2 home runs, 12 runs batted in, 8 runs scored and 2 stolen bases.

Leading the way for the Astros, though, is Jose Altuve. The diminutive second baseman is hitting .310/.359/.634 with 7 home runs, 13 runs batted in and 12 runs scored. Throw in the likes of George Springer, Alex Bregman, Carlos Correa and others, and this is one tough lineup to get outs on.

Rangers Go For Five In A Row

The Rangers have been playing some decent ball as of late, but will need a good start from pitcher Drew Smyly to keep it going on Friday. In 3 starts, Smyly is 0-1 with a 7.15 ERA, 1.85 WHIP and opponents are hitting a robust .298 against him.

Against an explosive Astros offense, he will need to pitch more efficiently than that to have a chance at getting the win on Friday. Offensively, the Rangers have some players who have had success in their careers against Justin Verlander. Elvis Andrus is hitting .467 in 30 at-bats against Verlander, although he has no home runs and only one run batted in.

Asdrubal Cabrera is 7 for 14 against him with 2 home runs and 4 runs batted in. Joey Gallo has a home run against him but is only batting .095 in 21 at bats. Regardless, they have players who are capable of having success.

This one comes down to the pitching for me. Yes, the first time that Verlander faced the Rangers this season, they got to him for 6 hits, 4 earned runs, 3 walks and a home run in only 4 innings of work. As previously mentioned, though, his last two starts have been much more in line with his ace caliber.

In his last outing, Verlander went 6 innings against the Mariners, allowing just 2 hits and 1 earned run while walking none and striking out 11. If he pitches like that, it could be a long night for the Rangers.

Throw in the fact that I don’t have much trust in Drew Smyly holding the Astros’ offense in check, and it could spell a long night for the Rangers. For my money, I am taking the Astros at -220.