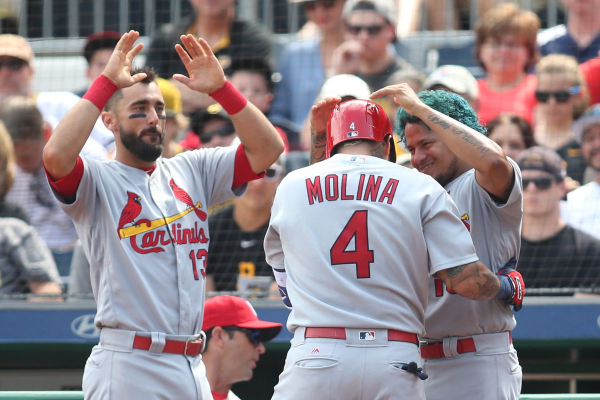 For the San Francisco Giants, this is a season of what could have been. Hampered by injuries, they have seen Madison Bumgarner, Johnny Cueto, Jeff Samardzija, Brandon Belt, Buster Posey and more spend time, in some cases significant time, on the disabled list. Just never able to get healthy enough to be consistent, it has been a frustrating season in for the Giants.

For the Cardinals, they are still trying to hang on to a postseason spot. While they are 5.5 games out in the NL Central, the Cardinals currently hang on to the second wild-card spot by 1.5 games over the Rockies. As a result, every game matters down the stretch.

The money line for Friday night’s game is set at the San Francisco Giants +130 and the St. Louis Cardinals -150. The over/under on total runs scored stands at 7.5.

Despite the injuries, the Giants still want to finish the season out on a strong note. They will look to southpaw Madison Bumgarner to do just that on Friday. On the season, Bumgarner is a disappointing 6-6 with a 3.14 ERA, 1.22 WHIP and opponents are hitting .231. While those numbers aren’t awful, he has been hampered by injuries and has only thrown 117.2 innings.

In that time, he has 98 strikeouts, 41 walks and has allowed 13 home runs. He recently had a rough patch over a couple games where he went a combined 11 innings allowing 11 earned runs. In his last start, though, he showed glimpses of his ace status by going 6 innings of scoreless ball in a 3-0 win over the ColoradoRockies.

On the offensive side, there just hasn’t been a whole lot to love. BrandonCrawford remains a constant in the Giants’ lineup, but even he has not had the greatest of years. He is hitting .259/.324/.398 with a .722 OPS. He has 27 doubles, 2 triples, 13 home runs, 52 runs batted in and 60 runs scored. With Posey and Belt now injured, McCutchen traded and others struggling, the offense just struggles to score runs many nights.

The St. Louis Cardinals know every game is important, and they will look to John Gant to take care of Friday’s game. On the season, Gant is 7-6 with a 3.53 ERA, 1.25 WHIP and opponents are hitting .211 against him. In 107 innings, he has 90 strikeouts, 51 walks and has allowed 9 home runs. In his last outing, a 17-4 loss to the Dodgers, Gant had a tough time of it going 4.1 innings, allowing 6 earned runs and striking out 4. He will look for better results Friday.

Offensively, Marcell Ozuna finally appears to be heating up. The outfielder has hit .324/.365/.632 with a .997 OPS over the last month. In those 30 days he has 6 home runs, 15 runs batted in, and 15 runs scored. While the Cardinals had hoped to get this level of production all season long, they will probably be happy if Ozuna is playing his best entering the postseason.

This one is a tough one to pick. On paper, you would think Bumgarner would be the more solid pitcher based off of his track record, but he has been anything but consistent this year, Offensively, you have to like the Cardinals offense significantly better, even if players like MattCarpenter has been struggling as of late. Ultimately, I have to go with the Redbirds in this one.

I don’t know if they get to Bumgarner, but I also don’t think the Giants will be able to put much on the board. As a result, I think it could become a bullpen game, and in that scenario, I think the Cardinals are much more likely to strike. Take the Cardinals at -150.