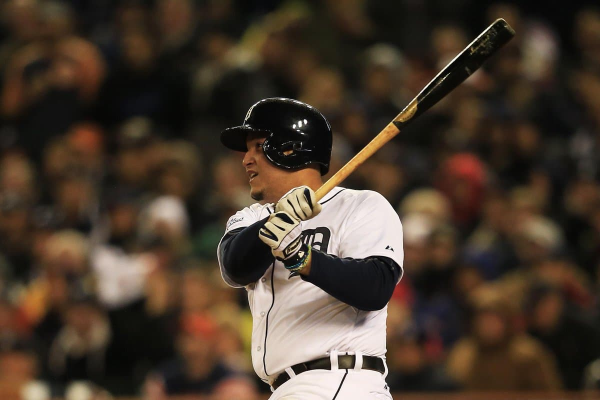 The Detroit Tigers and Boston Red Sox were forced to play a doubleheader on Tuesday, and they will be back on the field on Wednesday night. These two teams are in the midst of a four-game series at Fenway Park, and this was supposed to be a great time for the Red Sox to get back on track. The Detroit Tigers stunned the Red Sox on Tuesday by winning both ends of the doubleheader, but the Red Sox will be the favorite in each of the final two games in this series.

Boston might be the defending World Series champion, but the Red Sox have struggled mightily in 2019. The Red Sox are off to a 9-15 start and have gone just 3-5 in games played at Fenway Park. Detroit was able to improve their record to 12-10 with the two wins on Tuesday, and are off to a much better start than most anticipated. Despite the rough start, the Boston Red Sox are -200 over the Detroit Tigers on Wednesday night.

The Boston Red Sox haven’t gotten any production from their starting rotation all season long, and they don’t seem to have any answers. Eduardo Rodriguez will make his fifth start of the season in this game, and he is looking for his second victory. The veteran right-hander has gone 1-2 with a whopping 7.20 earned run average in his first four starts of this season. Boston also doesn’t have the luxury of having Craig Kimbrel closing out games for them in the 9th inning, and their bullpen has been a mess as well. The Red Sox will likely figure things out eventually, but they are off to a dreadful start.

Boston is also struggling at the plate as a team, and come into this game with a team batting average of .230. First baseman Mitch Moreland leads the team with seven home runs and 17 runs batted in, but the Red Sox aren’t slugging the ball like they did a season ago. Centerfielder Jackie Bradley Jr. has been playing tremendous defense for the Red Sox but is hitting under .150 for the season. This was the best offense in baseball a season ago, but they just can’t put together an inning as easily as they did in 2018.

Even though the Detroit Tigers are off to a solid start in 2019, their lineup is going to have to start hitting more home runs at some point. The Tigers came into Tuesday night with just 11 home runs as a team, and Gordon Beckham and Christin Stewart have each hit three of them. Detroit is also hitting just .218 as a team, and their lineup certainly won’t scare most of their opponents. First baseman Miguel Cabrera is always dangerous in the middle of the lineup, but he has yet to hit a long ball.

The Detroit Tigers starting rotation has been terrific to start the season, and they hope that trend continues with Tyson Ross on the mound in this game. The Tigers have already gotten 11 quality starts from their rotation, and they have posted a team earned run average of 3.23. Ross has gone just 1-2 so far this season but does have a very respectable earned run average of 3.38. Normally this Red Sox lineup would be scary for any pitcher, but that hasn’t been the case this season.

The Boston Red Sox are simply too good to continue to lose this many games. Boston has one of the most talented rosters in the league, and eventually, that will start to show up. Detroit was impressive on Tuesday in sweeping the doubleheader, but the Red Sox will get some revenge in this game. Bet the Boston Red Sox -200 over the Detroit Tigers on Wednesday night.