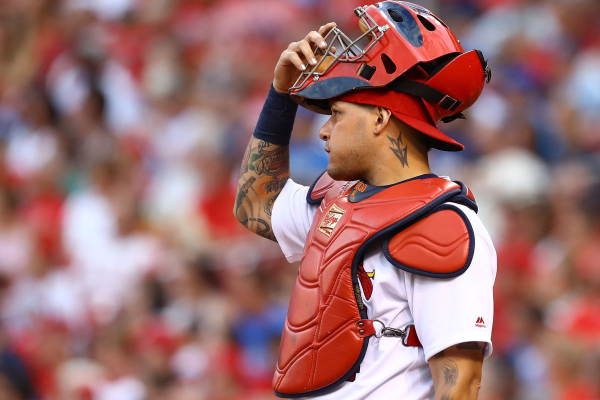 The St. Louis Cardinals were the second team in Major League Baseball to deal with a significant outbreak of COVID-19, and they are still working through the issue. The Cardinals have been forced to cancel several games due to the virus spread but could return to action by the weekend.

St. Louis was supposed to play at Milwaukee this past weekend, but that entire series was canceled because of the outbreak. Members of the team and travel party produced positive tests on Thursday night that led to that series being canceled.

Major League Baseball ordered the entire traveling party to remain isolated in their hotel rooms in Milwaukee while the league performed more COVID-19 tests. As of Tuesday, seven players and six other members of the organization had tested positive for the coronavirus.

It is unclear how the outbreak started with the Cardinals, despite several rumors and reports from media members. The Cardinals worked with MLB to get rapid testing underway to stop the spread.

With the addition of new positive tests, the league was also forced to cancel the four-game series between the Detroit Tigers and St. Louis Cardinals this week. The league initially moved all four games to Detroit before deciding to cancel the entire series.

Cardinals General Manager John Mozeliak announced that everyone in the organization that has tested positive is now back in St. Louis. The Cardinals rented a fleet of cars, and those affected with the virus drove back to their home city.

St. Louis is scheduled to host the Chicago Cubs on Friday to begin a three-game series against their division rival. Major League Baseball is hopeful that this series will continue, even though the Cardinals will likely be extremely short-handed for some time.

St. Louis Cardinals catcher Yadier Molina announced on his Instagram page that he was one of the players to test positive for the coronavirus. Molina expressed sadness in receiving a positive COVID-19 test but also announced that he followed all of the protocols.

Junior Fernandez, Rangel Revelo, Edmundo Sosa, and Kodi Whitley are four of the other players who tested positive for COVID-19. The 7th player that has tested positive has not been identified, and the team has not received permission to announce his identity.

Marlins Back in Action

The Miami Marlins were the first MLB team to deal with a COVID-19 outbreak, but they were back in action on Tuesday night. Miami has made many roster moves out of necessity, but they were happy to be back on the playing field.

The Baltimore Orioles announced earlier that they were unclear if the game would be played, but the league finally cleared the Marlins. Miami has been tested daily since its outbreak during the first weekend of the season that forced several games around the league to be shut down.