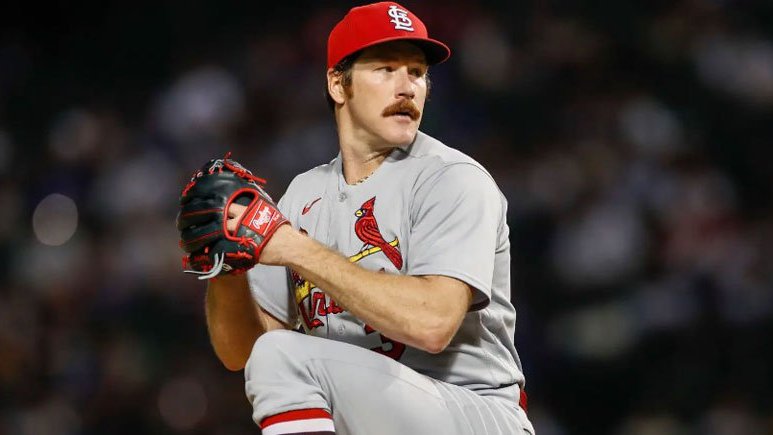 Yesterday, the St. Louis Cardinals had to deal with the feeling of losing a game and not winning a series, two occurrences that have become pretty rare for them.

Their run of 11 series wins in 12 series started with a road series win over the Washington Nationals at the end of July.

Yesterday, the same team stopped them short of an eighth straight series win, claiming a split of the teams’ four-game series in St. Louis with an 11-6 win.

Still, taking seven series out of eight and 11 of your last 13 and winning 30 of your last 40 games is pretty darn impressive, and the Cardinals are favored to get back into the win column tonight in Pittsburgh.

When Miles Mikolas last pitched against the Pirates, he came within one out of a no-hitter.

If Mikolas had a little more consistency to his performances, he would be in the NL Cy Young conversation, much like another prodigiously mustached right-handed pitcher with a near no-hitter this year is in the AL.

But while White Sox pitcher Dylan Cease is inching closer to bumping Justin Verlander off of the top of the heap as the AL Cy Young favorite after another fine outing last night against the Oakland A’s, Mikolas is nowhere to be found in the wide-open NL Cy Young race.

Will we see Mikolas at his sharpest tonight at PNC Park? Or will we see the Lizard King’s less effective side?

Game odds are via FanDuel. Odds from other legal sports betting sites that we have reviewed may also appear in this article.

His 8.2 no-hit innings against the Pirates at Busch Stadium on June 14 is just one of 11 times this season that Mikolas has pitched at least seven innings and allowed two or fewer runs.

In five of those instances, he has gone at least eight innings. That includes his most recent start, in which he allowed just two hits and a walk in eight innings as the Cardinals beat the Cubs 2-0 last Sunday.

Overall, Mikolas has 19 quality starts, which is tied for sixth in the league. He has also pitched at least five innings while allowing two or fewer runs 16 times in 28 starts.

However, he has also given up four or more runs seven times this season and ranks 27th in ERA and 70th in WAR among qualified starting pitchers. And his most consistent run of success was in April and May.

But occasional slipups and all, Mikolas has been big for the Cardinals this season and should have a great outing against the Pirates tonight.

Contreras has allowed two or fewer runs while pitching at least five innings nine times in his 13 starts, including each of his last three outings overall and five times in seven home starts.

With both Mikolas and Contreras likely pitching well, I like the under in this matchup.

Though they may muster much, I do like the Cardinals to do enough to cover the run line. They have done in all but one instance following their ten most recent losses and 38 times (in 56 games) following a loss overall this season.