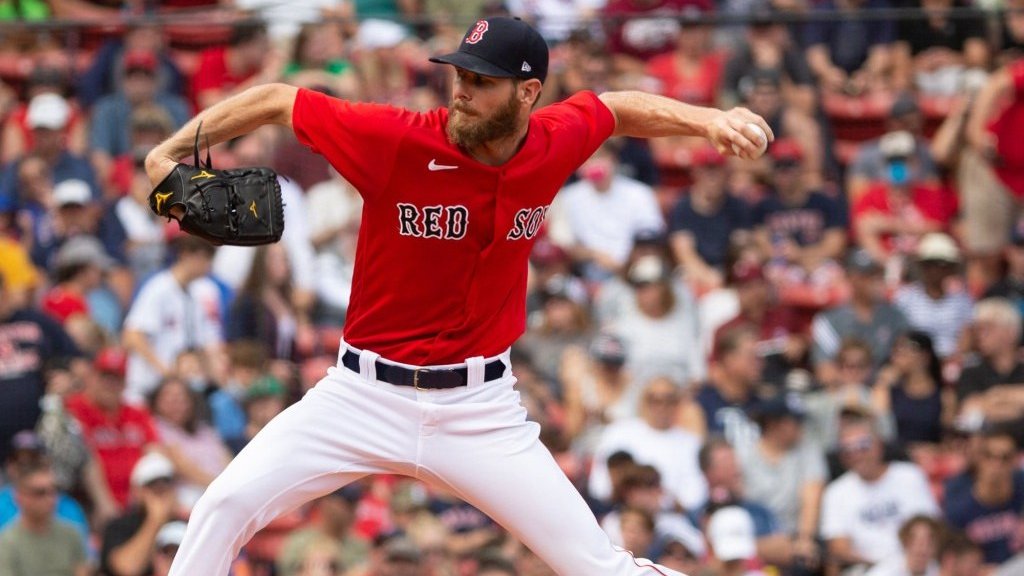 The equation is simple for the Boston Red Sox: Win and they’re in. After taking the first two games of their series against the Washington Nationals, one more win will ensure that they don’t have to pay serious attention to results in New York, Seattle, or Toronto. If things go according to plan–and today’s MLB betting odds–the Red Sox will take care of business and wrap up one of the AL’s wild cards.

After an untimely wobble against the Yankees and Orioles, the Red Sox have done what they needed to with their backs against the wall against the Nationals. In Friday’s 4-2 win, they did all of their damage in the sixth inning and then held off Washington’s late rally. Last night’s win was all about the ninth inning, as they scored four runs in the top of the frame and then stopped another Nats rally to secure a 5-3 win.

In today’s finale, the Nationals send debutant Joan Adon to the hill to try to tame Boston’s lineup. Adon certainly has his hands full, but if the first two games are any indication, the Red Sox shouldn’t expect the Nats to let them have their win the easy way.

Boston Red Sox vs Washington Nationals odds are via FanDuel Sportsbook as of Sunday, October 3, 2021 at 10:10 a.m. ET. Want to see MLB betting odds from several top online sportsbooks for each MLB matchup every day? Check out our MLB odds.

The Nationals don’t have anything to play for themselves, but this is a heck of an occasion for Adon to make his MLB debut.

The 23-year-old debutant went 7-6 with a 4.97 ERA in 21 starts across three levels of the minors this season. Only four of those starts were above A ball, however. He made 17 starts in A ball, three in AA, and one in AAA. It was only a month and a half ago that Adon made his last start in A ball, so this is quite the big step to go from that to facing one of MLB’s top offensive teams.

All is not well in that department for the Red Sox, however. Since scoring six or more runs in seven straight games against the Mariners, Orioles, and Mets, the Red Sox have reached that mark only once in their last eight games.

If there is anything to watch out for with Adon, it is control. He had 12 wild pitches, hit seven batters, and issued 40 walks in 105 innings this season. Against the team that leads the league in extra-base hits, he will need to be sharp and avoid making it easier for the Red Sox to pile on the runs.

Can Sale Shine in Must-Win Moment for Sox?

In his last start, Sale took his first loss since making his return to action in August. It’s been a pretty solid return for the veteran lefty, as he has had only one poor outing in his eight starts. He hasn’t been pitching very deep in games, not throwing more than 95 pitches in any outing and reaching six innings only once. But he has allowed more than three runs in a start only once, and the Red Sox are 6-2 in his starts.

Sale didn’t get much run support last time out in Boston’s 4-2 loss in Baltimore on Tuesday, but he has gotten excellent support for the most part otherwise. In the eight games he has started, the Red Sox have scored 68 runs. In fact, if the pattern of run support holds, the Red Sox will score double-digit runs in today’s game.

Red Sox vs Nationals OVER 10

The Red Sox are still sputtering a bit at the plate, but the two big innings in the first two games of this series indicate that a big day may not be far away. The big ninth inning last night could be a great springboard into today’s finale.

There is only so much that can be read into the control concerns with Adon because the minors are used for development, and that can lead to some rough moments and rough numbers. But if he is generous with the free passes and free bases this afternoon, the Red Sox have the bats to take advantage of that generosity. The Nationals issued seven walks Friday and seven more last night and weren’t fully punished for it. Can they play with fire again today and get away with it?

Also, as someone who likes patterns, the pattern of Sale’s starts and the run support he has gotten overall both point to a productive day at the plate when the Red Sox need it the most.

It has been a miserable month for the Seattle Mariners, and things are unlikely to get any better tonight as they welcome AL Cy Young Award favorite Justin Verlander and the Houston Astros to T-Mobile Park. After just missing out on the MLB playoffs last season, the Mariners entered this season with hopes of finally END_OF_DOCUMENT_TOKEN_TO_BE_REPLACED