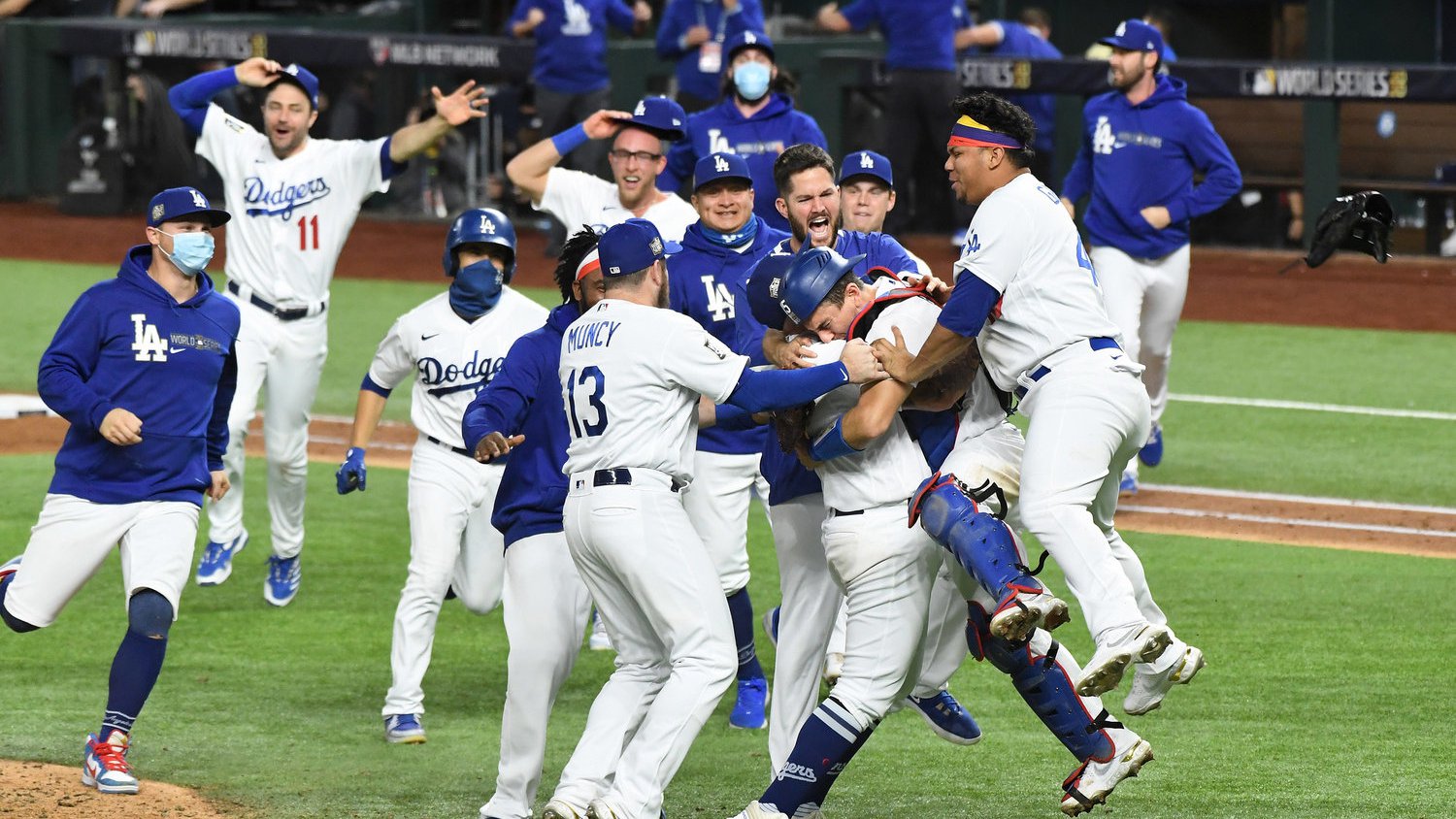 The second half of the MLB season begins tonight with the New York Yankees hosting the Boston Red Sox. A look at the MLB betting market provides the usual intrigue and opportunity as we prepare for the second half.

From World Series matchups to division winners and player props, both the American and National League landscapes have beatable – and backable — MLB betting favorites.

For context, the preseason best bets to win the World Series, followed by the current odds, courtesy PointsBet:

The Los Angeles Dodgers have slowly pulled back the lead established by the surprising San Francisco Giants, and investors are looking at a pretty fair price for the defending World Series champs.

After a May 9 loss to the Los Angeles Angels, the Dodgers became interested in winning again. They closed the next couple of months on a 38-18 run.

And they didn’t need any real breakout performances to do it.

In fact, the Dodgers were missing two of their top players – Corey Seager (37 games played out of 86) and Cody Bellinger (34 games played) – for a big chunk of the past three months.

Further, their huge-dollar recent signing, Mookie Betts, is hitting only .256 with 13 home runs.

The price – FanDuel Sportsbook has the Dodgers at +400 this week – is likely to stay reasonable, too. That could be attributed to major questions about pitchers Trevor Bauer (legal issues) and Clayton Kershaw (pitching arm troubles).

The New York Mets, favored to win the NL East this season, could be the chalk to ride in the wake of Atlanta’s troubles.

With star outfielder Ronald Acuna injured and out for the season, the Braves’ chances seem a lot more faint. When compared with the Brewers odds in the Central (-650), the Mets, at –300, seem like the lone team to target for NL divisional betting.

A wager on the Mets, clearly, depends on the health of ace right-hander Jacob deGrom – the favorite for the Cy Young and the NL MVP. If you believe in deGrom’s health and a big second half from prized acquisition Francisco Lindor, the Mets are an interesting play.

Rays bear watching in the AL East as second half starts

The Tampa Bay Rays have proved their worth as an organization — the whole is consistently better, it seems, than the sum of its parts – and the Rays find themselves only a game and a half back of the Boston Red Sox in the AL East as post-All-Star break action begins.

In terms of divisional betting, the Central is a foregone conclusion (White Sox at –3000 per FanDuel) — and the West is looking very much like the Houston Astros (-800 at FanDuel) are poised to end things by the start of September.

Both seem like clear winners but neither has much MLB betting value to offer.

That leaves the Rays, who, at +155 via FanDuel, would need only a couple of breaks to cash for their division-winner investors.

The Red Sox (-115) had everything clicking in the first half of the season, but can their pitching remain dominant?

The Rays have depth all over the field and – back to that organizational thing – could move forward with a key, trade-deadline acquisition or two. For the next week or two, there is a real value opportunity if you believe in the organizational approach.

White Sox fans may feel left out because of the overall weakness of the AL Central.

Fear not. There is MLB betting value for South Side enthusiasts – and the Sox don’t even have to win a playoff game for their backers to cash a ticket here. The opportunity could lie in the team’s ability to heat up this summer and top 93 victories – the current number to beat at FanDuel.

As they open the home stretch at 54-35, the White Sox are running away with their division – but it’s that set of division rivals stirring the “over” excitement. The Cleveland Indians, Minnesota Twins, Kansas City Royals and Detroit Tigers all figure to be weaker after the trade deadline, making for a likely uptick in the White Sox’s winning percentage.

The White Sox have all of the elements to post a big win total. With Lucas Giolito and Lance Lynn anchoring the rotation, a solid bullpen punctuated by closer Liam Hendriks and the expected return of sluggers Eloy Jimenez (soon) and perhaps Luis Robert (later), this team is a monster.

Can the AL pennant contender go 40-34 the rest of the way? The probability seems much better than a coin flip (or –110 on the “over”).

BetMGM is offering an “August special,” in which bettors choose the player to collect the most hits in that month. The usual suspects are relatively short odds – Tim Anderson, Bo Bichette, Trea Turner, Vlad Guerrero Jr. — and rightfully so. But there’s one guy who simply collects base hits and will have an important addition by August.

It’s Los Angeles Angels leadoff man David Fletcher, who has the second-most hits the past 14 days and 21 days. He also has the most hits over the past month.

This is typical of the hitter who posted a .319 average last season and sits at .309 as the All-Star break ends. And the addition? Hit machine Mike Trout, who will extend innings and increase opportunities for his teammates, including Fletcher.

BetMGM has Fletcher at +1000 this week, which is far more value than Tim Anderson at +250. Fun stuff.

Where is the best value among World Series matchup bets?

Dodgers over Astros (+1400) and Dodgers over Red Sox (+2500) are among the top probabilities for Fall Classic betting. But some secondary options are worth a look.

First, the analytics say the San Francisco Giants are no fluke. The numbers point to continued success and that means a very real postseason possibility.

Second, the New York Mets appear destined for the playoffs. If deGrom remains sensational, the team’s chances in any series are very good.

Third, the Fernando Tatis Jr./Manny Machado-led San Diego Padres, when Blake Snell, Yu Darvish and Joe Musgrove are clicking at the top of the rotation, represent everything the Dodgers do – at a better price.

As for the American League, the White Sox will have all of September to line up their postseason plans. And they’re a very good team already – capable of winning it all.

And, unless you’re a Dodgers fan, it’s always fun to bet against them.

Tonight, the most pivotal game of the 2022 NBA Eastern Conference finals takes place in Boston, with the Miami Heat taking a 2-1 series lead into their matchup with the Celtics. In Game 3 on Saturday, the Heat took control early, outscoring the Celtics 39-18 in the first quarter and leading by as many as END_OF_DOCUMENT_TOKEN_TO_BE_REPLACED