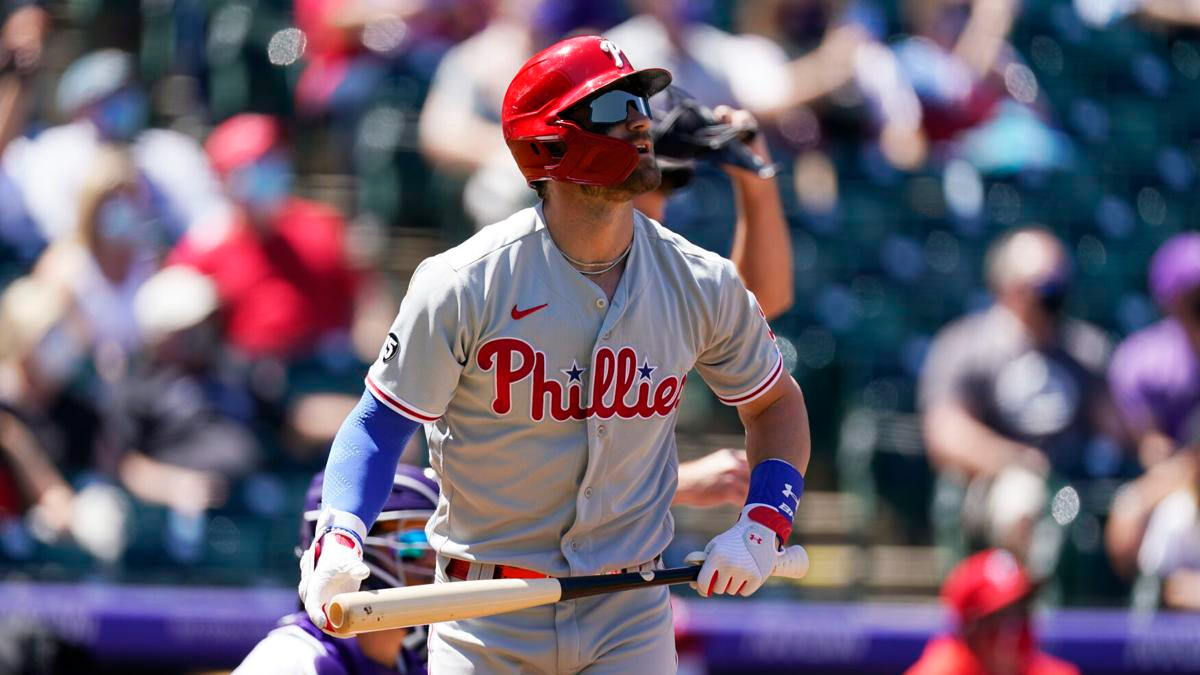 In this afternoon’s Philadelphia Phillies vs St Louis Cardinals matchup, the Phillies will attempt to secure their first road series win of the season. With ace Aaron Nola on the mound, early MLB odds view the visitors as favorites by a small margin.

Phillies vs Cardinals odds are via FanDuel Sportsbook as of Tuesday, April 29 at 6:50 am ET. For more MLB betting odds, check out our MLB odds, featuring updated odds from FanDuel and other top online sportsbooks.

After this series, the Phillies return home for their third series of the season against the New York Mets. Wrapping up this series today would be the best way to enter a series against an NL East rival.

Nola will trot out to set the Phillies up to do just that. His previous start wasn’t spectacular, as he allowed a season-high four runs and had a season-low four strikeouts against the Colorado Rockies last Saturday. But he went seven innings, left with a lead, and took the win in a 7-5 Phillies victory.

If the Cardinals want to beat Nola, they’re likely going to have do it the hard way and get some bats on some balls, as he has 32 strikeouts and only four walks in 31.2 IP. He should pad his numbers in that department today. In this series, St. Louis has struck out 27 times and walked only six times in three games.

Nola’s performance is vital, as the Phillies have not been consistent enough at the plate thus far. Only once this season have the Phillies scored five or more runs in consecutive games, and that came at home. For the season, Philadelphia is averaging 3.83 runs per game, which is one of the lowest totals in the league. On the road, that number drops to 3.17.

The big question for the Phillies is if Bryce Harper will be able to play after taking a ball to the face last night. Harper is hitting .321 with six homers and 10 RBI, and he is 6 of 14 in four games against the Cardinals this season. So if he does sit, it will be a big blow for the Phillies.

For more MLB betting picks, check out our MLB picks. We have industry-sourced picks for every game on the MLB schedule, and we also offer NBA picks and NHL picks for every NBA and NHL game.

Comfortable Kim Can Be Clutch for Cardinals

The Cardinals will fancy their chances for today’s game, and their own pitching is the reason for that.

Kim, who went 3-0 with a 1.62 ERA in eight appearances last season, only made his first start of the season 12 days ago due to injury. There was some rust to shake off in his first start, but his second start went much better. In last Friday’s win over the Cincinnati Reds, he allowed one run and five hits in 5.2 IP, striking out eight and walking none.

The Cardinals average 4.42 runs per game overall, but they average four runs per game at home. Last night’s loss was the 10th time in their last 16 games that they failed to score more than three runs, so they are having their own issues with productivity at the plate.

That said, the MLB betting consensus gives the lean to the over here. It is worth noting that there have been at least seven runs in eight of the Cardinals’ 12 home games and in four of the six games between the Phillies and Cardinals. So the percentages are favorable there. With the bats that are on both teams, there is value in backing the over at 7. But the better value is in backing the Cardinals at home as a slight dog behind Kim.