Mets vs Cardinals Preview: Can New York’s Bats Carve Up the Cards in Double Dip? 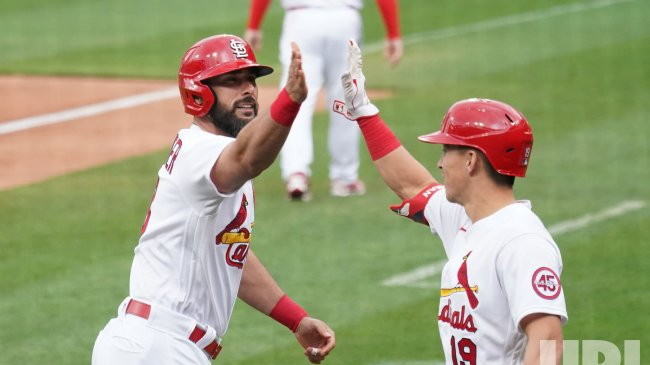 Can today’s Mets vs Cardinals doubleheader live up to yesterday’s double dip of double dips?

In the Windy City, the Chicago Cubs went up against Clayton Kershaw and Trevor Bauer and came away with two wins against the Los Angeles Dodgers.

In the other doubleheader, it looked like a sweep was also on the cards. The San Francisco Giants routed the Colorado Rockies in the first game and held a 6-2 lead with one out to go in the second game. But the Rockies rallied for six two-out runs, walking it off on Charlie Blackmon’s three-run homer on the eighth pitch of his at-bat.

The Mets might prefer for things to not be so close for them today in St. Louis, given how frequently they have been in close games recently.

One Is the Magic Number for the Mets

Yesterday’s matchup was postponed due to weather, but the Mets will be looking to stay in the series today after a 6-5 loss in Monday’s opener. It was a rather strange game, as all 11 runs were scored in the first three innings.

It was also the latest in a string of one-run games with mostly unfavorable results. The Mets’ last six games have all been decided by one run, and they are 2-4 in those games. On the season, 11 of their 23 games are one-run games. After winning the first four, they are 2-5 in the last seven.

Can the Mets Shake Early Problems at the Plate?

Offensive issues have been a big reason for so many close games, but they have actually picked it up in the last few games, scoring 18 runs in their last three games. But it has to be said that the Phillies’ pitching staff is one of the most unpredictable in the league, so there’s not much to take from that series to this one.

But failing to score in their last six innings after five early runs Monday night is another glaring shortfall for a lineup that should be more productive. And it was the last straw for their hitting coaches, as hitting coaches Chili Davis and Tom Slater were both given the boot after Monday’s loss. It will be interesting to see tonight if the changes light a fire under the lineup against Kim and Oviedo.

The Cardinals have had their own issues with consistent production at the plate, which saw them sitting at 8-10 a couple of weeks ago. But since then, they have won nine of 11 games, combining adequate run support with quality pitching. Adam Wainwright was off for the first few innings on Monday night, but he settled down and the pen didn’t allow a hit or a run in 3.1 IP of work.

The Mets have too much talent to be struggling as they are, and it should come around eventually. But this is a challenging series against a hot opponent, and there isn’t a lot of reason to be confident in them to win once, much less twice today.

Mets vs Cardinals betting odds are via FanDuel Sportsbook as of Wednesday, May 5 at 5:40 am ET. If odds are not available at the time of writing, they will be added upon availability. For more MLB betting odds, check out our MLB odds, featuring updated odds from FanDuel and other top online sportsbooks.