Cubs vs Giants Betting Preview: Surprise Contenders Open Up Series By the Bay 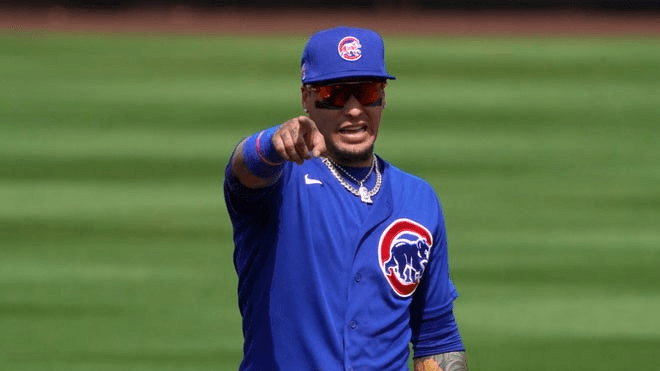 The Cubs vs Giants series sees two of the biggest surprises of the MLB season match wits over the next four days. Both of these teams have been great stories over the first couple of months of the season. Chicago was expected to be about a .500 team that was going to have to make some tough calls on potential free agents at the trade deadline, while the Giants were just hoping to finish in third place in the NL West behind powerhouses in San Diego and Los Angeles. Right now both teams are in first place, though you have to wonder for how long.

Cubs vs Giants odds are via FanDuel Sportsbook as of Thursday, June 3 at 12:40 pm ET. For more MLB betting odds, check out our MLB odds, featuring updated odds from FanDuel and other top online sportsbooks.

Betting News uses an aggregation of picks from reputable industry sources for all NBA, MLB, and NHL games that are previewed on the site. For detailed Cubs vs Giants betting information, including a source-by-source betting picks breakdown, check out the Cubs vs Giants matchup page.

The Cubs actually helped out the Giants by sweeping San Diego in their most recent series. Since May 15th the Cubs are 14-3, pushing them to the top of the NL Central ahead of St. Louis.

The pitching has been phenomenal during this stretch of success, as they have allowed more than three runs only twice in the last 17 games. Those numbers scream regression when you look at their starting rotation. The bullpen has been excellent this season, second in the Majors in terms of WAR. Starter Zach Davies is not even averaging 5 innings per start, but the Cubs are 7-4 when he takes the hill. His May numbers were much better than April’s, so perhaps he has found a rhythm with his new team.

Chicago’s offense has been upper half but not elite. They are getting the key hits when they need them, not clobbering teams most nights. In most offensive categories they are in the top 12 and being led by a rejuvenated Kris Bryant.

The Cubs are the consensus play tonight but have not played well on the road this season. They are just 11-13 away from Wrigley Field.

And the First Place Giants

San Francisco's success this season is even more surprising than Chicago’s. On offense, they are somehow third in homers thanks to turn back the clock seasons from SS Brandon Crawford, C Buster Posey, and 3B Evan Longoria. How long those veterans can keep it up remains to be seen.

On the mound, they are also getting much better than expected performances from their entire rotation. Anthony DeScalafani never won more than nine games with the Reds but already has four wins this season, and the team is 7-4 in his starts. He is 3-1 at home this season and only once all season has he given up more than 3 runs. In fact, if you take out that game where he was smacked around by the Dodgers – 10 runs in 2.2 innings – his numbers look close to ace Kevin Gausman, just without the flashy strikeout numbers.

Amazingly for a first-place team, San Francisco has the worst bullpen in the Majors as measured by WAR. That is definitely at odds with their record. Most of the teams in the bottom third are losing teams.