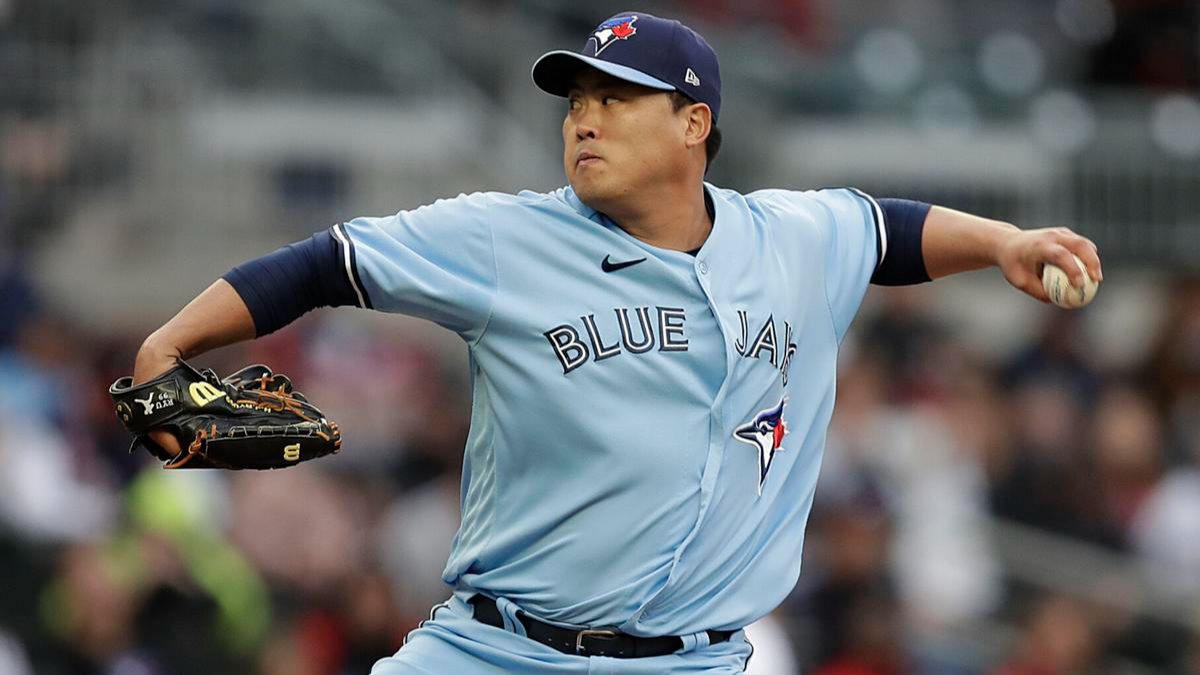 There’s a first vs second AL East matchup to follow over the next few days, with the second Red Sox vs Blue Jays series of the season taking place in Dunedin, Florida.

While the Blue Jays were penciled in for a serious run at the AL East title, expectations were tempered for a Red Sox team that finished last in the AL East last season. But the boys from Beantown enter tonight’s series opener with a 1.5 game lead over the Blue Jays atop the AL East standings.

Can they stay there into late September and hold off the Blue Jays, New York Yankees, and Tampa Bay Rays? MLB futures odds are still skeptical, as the Red Sox are still +450 to win the AL East–the Yankees are -130 favorites, with the Blue Jays slotting in second at +400–and +108 to make the MLB playoffs. Will that skepticism remain much longer if they continue to win?

Which team will pick up a valuable win tonight? Here’s a look at the matchup.

Red Sox vs Blue Jays odds are via FanDuel Sportsbook as of Tuesday, May 18 at 5:00 am ET. For more MLB betting odds, check out our MLB odds, featuring updated odds from FanDuel and other top online sportsbooks.

Offense is the thing garnering the most attention in the Red Sox’s early success. That is understandable, as they have one of the most productive offenses in the majors.

The Red Sox have scored five or more runs in exactly half of their games, and they scored 18 in taking two of three against the Los Angeles Angels last weekend. They were an out away from a sweep, but Mike Trout and Shohei Ohtani rallied the Angels to a 6-5 win.

For all of the deserved attention that Xander Bogaerts, Rafael Devers, and J.D. Martinez are receiving, there is a lot to praise to set aside for the pitching rotation. Entering the season, the rotation looked like a big question mark. But expectations are being exceeded so far, which is a big reason for their current position.

The biggest question mark was arguably Rodriguez. He went 19-6 with a career-best 3.81 ERA in 2019, but he did not pitch last season. But he has come back strong in 2021, and he was unbeaten until last Wednesday’s loss to the Oakland A’s. It was his first loss since a loss to the rival Yankees on September 9, 2019.

Recent history is in his and Boston’s favor in this spot, with that loss in mind. In 2018 and 2019, Rodriguez was a combined 32-11 in 61 appearances (57 starts). In those two seasons, the Red Sox were 9-2 in the next game he pitched in following a game in which he took the loss.

The Red Sox have MLB’s best road record at 12-5, which makes them excellent value as a road underdog in this matchup. They have won four of five road series thus far, with the only series loss coming to the Texas Rangers a couple of weeks ago.

The Blue Jays were one of many expected contenders who stumbled out of the gate, but they have recovered from those early struggles. Last week, they went 5-1, sweeping the Atlanta Braves on the road and taking two of three at home against the Phillies.

The Blue Jays are also one of the better offensive teams in the league. They rank in the top ten in batting average, home runs, runs, and stolen bases. Leading the way at the plate is rising star Vladimir Guerrero, Jr., who hit a home run in each game against the Phillies.

Since dropping to three games under .500 following an April 20 loss to the Red Sox, the Blue Jays are 15-7. They enter this series with eight wins in their last 11 games. The success is not against lousy competition either. They swept the Braves in six games home and away, defeated Aaron Nola on the way to their series win over the Phillies, took two of four in Oakland against the AL West leaders, and accounted for one of the two losses that the hot Houston Astros have in their last 11 games.

Will Offense Dominate in Dunedin Even With Aces on the Mound?

With staff aces going on both sides, there might be an inclination to fancy the under in this matchup. Early MLB picks favor that outcome. But such a result will be hard to come by at TD Ballpark, which has been rather run-friendly thus far.

The Blue Jays have played only 14 of their 39 games in Dunedin, with the over coming in at 7-6-1 in those games. But that so-so record is due to high totals and not a lack of runs. The balance of those 14 games have featured their fair share of runs. The total has been at least 10 in 11 games at TD Ballpark, and the over is 5-5-1 in those games. However, there have been at least nine runs scored in ten games and at least ten in eight games.

This will be only the second Dunedin start for Ryu. His first, which came against the Yankees on April 13, was one of his best outings of the season. In 6.2 innings, he allowed only an unearned run and four hits and struck out seven. But the pen allowed a couple of eighth-inning runs, which helped the over 9 hit in a 7-3 Blue Jays win.

With the facts and figures favoring runs, even tonight’s pitching matchup and two fairly low-scoring games occurring in the series against the Phillies don’t make the under a risk worth taking at all.