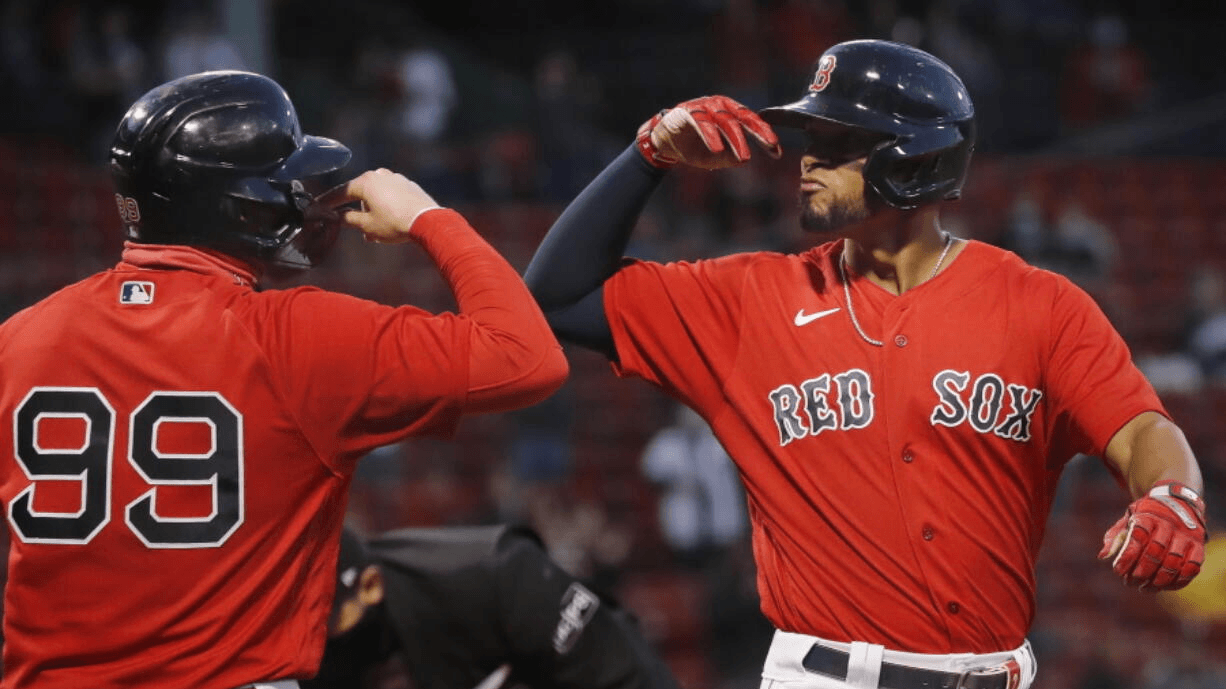 The highlight of MLB’s midweek action this week is a Red Sox vs Mets series that starts tonight at Citi Field.

Boston Red Sox vs New York Mets odds are via FanDuel Sportsbook as of Tuesday, April 27 at 12:20 pm ET. For more MLB betting odds, check out our MLB odds, featuring updated odds from FanDuel and other top online sportsbooks.

There’s still a long way to go, but the Red Sox remain atop the AL East with April almost complete. Part of that is due to struggles for the Yankees, Blue Jays, and Rays, with all three preseason favorites under .500.

But the Red Sox aren’t there by being the best of the worst. They lead MLB in batting average (.276) and doubles (54) and are third in runs per game (5.17). It’s not all about the hitting, however. Pitching was a question mark entering the season, but Boston is a respectable 12th in ERA (3.94) and is second to the Mets in fewest homers allowed (14).

Road success has also propelled their early start. They are 6-1 away from Fenway, as they swept the Orioles in three and won three out of four against the Twins.

This series represents their biggest challenge yet, home or away, and Richards will need to pitch well. His two best starts have been on the road, in fact. He allowed two runs on three hits in five innings at Baltimore and two runs and four hits at Minnesota.

At some point, the Mets will likely heat up at the plate. But it has not been an ideal start offensively. Michael Conforto, Jeff McNeil, and Dominic Smith, who each hit above .300 last season, are hitting .214, .232, and .188. And Francisco Lindor is hitting only .210 with one homer and three RBI in 17 games.

On the bright side, Pete Alonso already has five homers, while Brandon Nimmo is hitting a blistering .370.

The Mets are 28th in MLB in runs per game (3.29), which limits the room for error even when Jacob deGrom is pitching. But the margin is even thinner in a situation like tonight. Peterson was excellent against the Phillies two weeks ago, tying a career high with ten strikeouts and allowing only one run on three hits. But his other two starts have not gone well. He allowed six runs in 3.1 IP against the Phillies on April 7, then allowed six in 4 IP against the Cubs last Wednesday.

Scoring has been fairly scarce at Citi Field thus far, with games averaging 5.4 combined runs. But based on the matchup, runs look likely tonight, which backs up the consensus lean on tonight’s total.