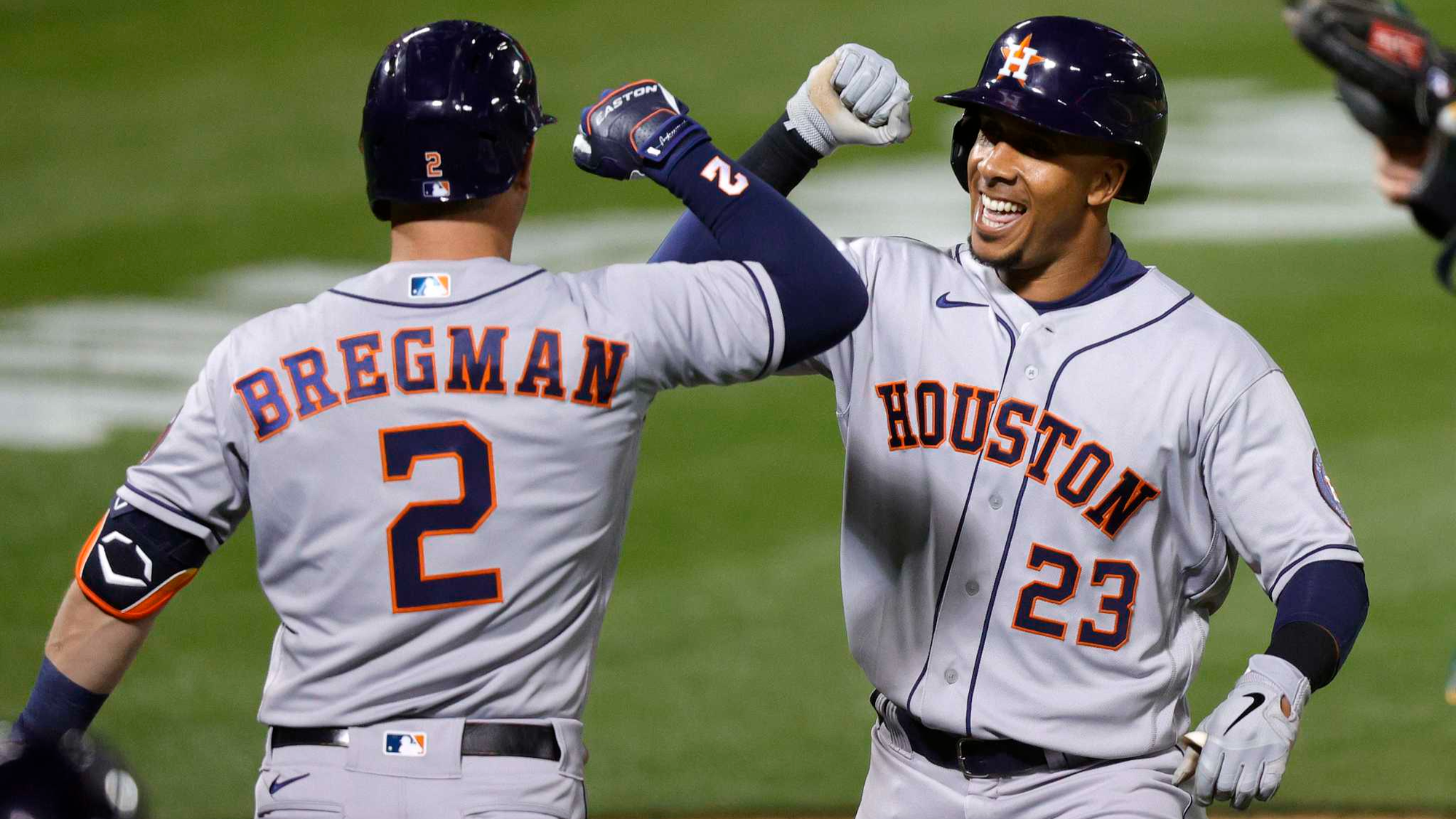 After last night’s exciting Houston Astros vs Los Angeles Angels finish, what’s in store for today’s game? Both teams have opened the 2021 MLB season well, but they have done it in different ways. Will the Astros rebound after a tough loss, or will the Angels rally again to sweep the AL West favorites? Early MLB odds for today’s action have the Astros as a slight road favorite.

They may have lost last night, but it’s been a mostly positive start for the Astros. In their season-opening series, they went on the road to Oakland and convincingly swept the other AL West favorite. In the series, the Astros outscored the A’s 35-9 and scored at least eight runs in each game.

In last night’s game, they were headed to a fifth straight win, as they led 5-3 in the bottom of the 8th. But the Angels scored four runs in that frame and then closed out the 7-6 win in the ninth.

Jose Altuve, Alex Bregman, and Yuli Gurriel needed to start well, and they have all done just that. Altuve is hitting .381 with nine runs scored, Bregman is hitting .471 with two homers and six RBI, and Gurriel is hitting .500 with a homer and three RBI.

Greinke will take the hill this afternoon for the Astros and will be looking to follow up a solid first start. In Thursday’s opener against the A’s, Greinke excelled in six shutout innings. History lines up nicely for Greinke here. In 69 career March and April starts, Greinke is 35-14 with a 2.89 ERA.

It’s still early, but the Angels are off to the ideal start. They took three of four from the highly-hyped Chicago White Sox, then downed the Astros last night.

The Angels have displayed serious resiliency early on. They have three wins via eighth-inning rallies and clinched the White Sox series in walk-off fashion Sunday on Jared Walsh’s walk-off homer.

Mike Trout (6 for 15) has started well, while Walsh went 5 for 13 with two homers and seven RBI against the White Sox. Shohei Ohtani has only three hits in 16 at-bats, but two were homers, including this rocket: