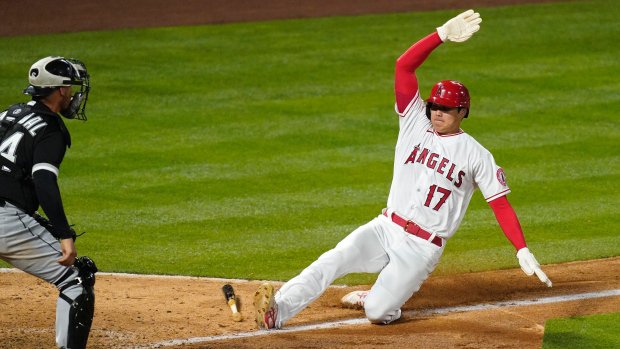 We are just one game into the season, but at least yesterday’s Chicago White Sox vs Los Angeles Angels matchup did not crush the optimism of Angels fans. There is a lot of hype for the White Sox, but at least they made the playoffs last year so they are not as desperate. The Angels need to get off to a good start to show that this season might be different from others in the Mike Trout era.

It's A Marathon Not A Sprint

The White Sox are the favorite to win the AL Central and after the New York Yankees, the favorite to represent the American League in the World Series. Those are the expectations this team is facing this season. Not quite win it all or bust but close.

The first game was a loss, but it was just game one. There were positives with Lucas Giolito pitching well and several key hitters getting their first hit of the season.

The lineup was interesting with Yoan Moncada batting in the cleanup role. That might have been the spot for injured Eloy Jimenez, and putting Moncada there seems to be an attempt to not put extra pressure on another young hitter like Luis Robert.

Lefty Dallas Keuchel was brilliant last season with a 1.99 ERA. Their starting pitching depth is really good this season.

Is this the year for the Angels to contend in the AL West and return to the postseason? That is what all MLB fans are hoping for because it has been a shame that the best player in the game has not been to the playoffs recently.

Mike Trout collected his first hit of the season last night, but it was catcher Max Stassi who was the offensive star, hitting the Angels’ first homer of the season. The Angels should have plenty of offense with Trout, Anthony Rendon, Shohei Otani, and prospect Jo Adell. It is the pitching that we worry about.

Dylan Bundy was their best starter a year ago and he looked good in the opener too. So did Raisel Iglesias. The former Reds closer is supposed to fill that need for the Angels this year.

Today’s starter, lefty Andrew Heaney is indicative of the lack of depth the Angels have there. Once a top prospect, he has never fulfilled that promise. His past production and expectations would make him a solid #4 of #5, but the Angels just don’t have that depth. When it comes to pitching, they are too often going for cheap lottery ticket types.