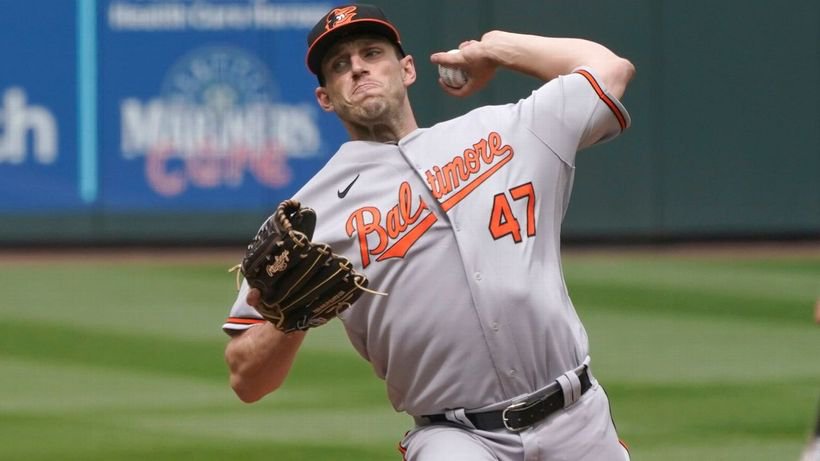 Amid all of the run-scoring chaos last night on the diamond, perhaps the most interesting result of the night was at Tropicana Field, where the Baltimore Orioles downed the Tampa Bay Rays 6-1. MLB betting odds had the Orioles approaching +250 by the time the game started, which made their win the night’s biggest upset by far.

It was also the Orioles’ third straight road win, after they won the last two games of their weekend series against the Kansas City Royals. Tonight the O’s look for their second straight road series wins, and their ace will be on the hill. A shoulder injury has kept Means on the shelf for a month and a half, but he makes his return tonight against the Rays. Can he hit the ground running in his return?

Even with last night’s blip, the Rays are 8-3 since a five-game losing streak and have won their last three series. They are heavy favorites to take this series to a rubber game tomorrow, and tonight’s starter, Shane McClanahan, is unbeaten at home.

Baltimore Orioles vs Tampa Bay Rays MLB betting odds are via FanDuel Sportsbook as of Tuesday, July 20 at 10:50 am ET. For MLB betting odds for today’s other MLB matchups, check out our MLB odds.

The Orioles may have twice as many losses as they do wins this season, but they are a better team away from Camden Yards. By no means are they an MLB betting auto-fade.

So far this season, the Orioles have won road series against four of the top teams in the American League. They have bested the Boston Red Sox, Oakland A’s, Seattle Mariners, and Houston Astros, including sweeps of the Red Sox and Astros.

So last night’s win should not be dismissed as a fluke in the slightest. And a win tonight would not be a surprise either, especially with their best arm back in business.

At the time he went on the IL, Means was on track for his best MLB season. That included his near-perfect game in Seattle on May 5, which was the franchise’s first solo no-hitter since 1969. His performance on that day was one of four road starts this season in which he has pitched at least six innings without allowing a run. Overall, he is 3-1 with a 1.37 ERA in eight road starts, with six quality starts.

Means has faced the Rays once this season, and it happened to be his worst start of the season. On May 19, he gave up a season-high four runs in 6.1 innings, receiving a no-decision as the Orioles coughed up an early 5-0 lead and lost 9-7.

Should the Rays and the over be the obvious MLB betting selections here? Home is certainly where the wins have been for McClanahan, and run support is a big reason why. The rookie hurler is 3-0 in six home starts and 0-3 in seven road starts. In his six home starts, the Rays have averaged eight runs per game. In his seven road starts, the Rays have averaged 3.3 runs per game.

On the topic of offense, tonight could be a big night at the plate for both Randy Arozarena and Kevin Kiermaier. Kiemaier, who is hitting .345 (10 for 29) in July with a homer and nine RBI, is 10 for 19 (.526) against the Orioles this season. Arozarena, meanwhile, is 12 for 28 (.429) with two doubles, four homers, 13 RBI, and nine runs scored against Baltimore this season.

Notably, the Rays are 2-6 this season after losing by five or more runs. One win came Sunday as they rallied in Atlanta to beat the Atlanta Braves and win the series after Saturday’s 9-0 loss. That said, the Braves bullpen is terrible, so that one counts for only so much. That comment should be taken only somewhat seriously. Somewhat. But it is an interesting trend to keep in mind tonight when making your MLB betting decisions.

Means may well take some time to settle in, but he was excellent before he hit the IL. The numbers also line up well for the Orioles to pick up where they left off last night. In Means’ eight road starts, the Orioles have led or been tied after the first five innings six times.

Those numbers are all notable when you consider that he doesn’t go deep in games. The Orioles have a good chance of scoring early runs, so it will be up to Means to back up the early support. The latest MLB betting odds at FanDuel Sportsbook have the odds for this one at -120, which is decent value given the pitching matchup.

There is certainly always a risk in backing a pitcher returning after an extended absence. And it is especially risky when it is this particular matchup, given the disparity between the two teams. But matchups can often outweigh records, and this is a good spot and good value.

The run line for the full game merits consideration as well. As noted above, our consensus MLB betting picks go that direction. But the Rays have one of MLB’s top bullpens, and the Orioles’ is one of the worst, so proceed with more caution there.

Tonight, the most pivotal game of the 2022 NBA Eastern Conference finals takes place in Boston, with the Miami Heat taking a 2-1 series lead into their matchup with the Celtics. In Game 3 on Saturday, the Heat took control early, outscoring the Celtics 39-18 in the first quarter and leading by as many as END_OF_DOCUMENT_TOKEN_TO_BE_REPLACED