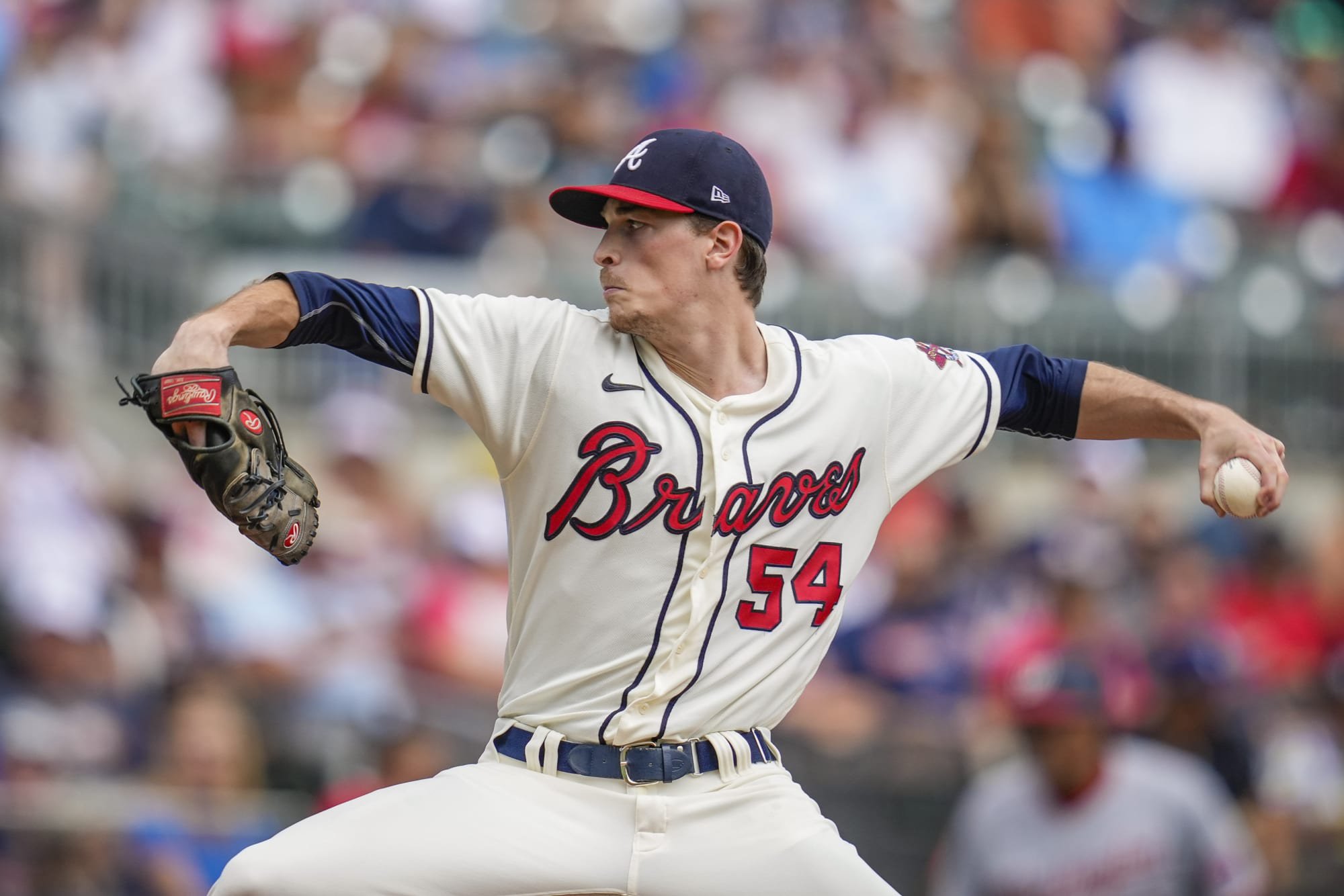 The Atlanta Braves were one of MLB’s hottest teams throughout August, but they ended the month by losing the first two games of their series against the Los Angeles Dodgers. As a result, their lead in the NL East is now only 2.5 games over the Philadelphia Phillies, and the latest MLB betting odds also reflect the tightened division race. At FanDuel Sportsbook, the Braves are a -370 favorite to win the NL East, while the Phillies come in at +310.

While the needle has moved in the wrong direction for the Braves, the two wins have the needle moving in the right direction for the Dodgers. With the San Francisco Giants losing their first two at home against the Milwaukee Brewers, the Dodgers are now within a half-game in the NL West and could take over first place tonight. The Dodgers are now -175 to win the NL West, while the Giants sit at +145.

In tonight’s series finale, the Braves will face a familiar foe as Max Scherzer takes the hill for the Dodgers. Scherzer has been excellent since making the move cross-country from the Washington Nationals, and he and the Braves know each other well after meeting numerous times over his six and a half seasons with the Nationals.

Atlanta Braves vs Los Angeles Dodgers odds are via FanDuel Sportsbook as of Wednesday, September 1, 2021 at 11:30 a.m. ET. Want to see betting odds from several top online sportsbooks for the day’s other MLB matchups? Check out our MLB odds.

With a few breaks the other way, the Braves, not the Dodgers, could be in line for the sweep tonight. In Monday’s 5-3 loss, the Braves had runners on first and second in the ninth inning with only one out but could not produce. Then in last night’s 3-2 loss, Atlanta couldn’t make an early 2-0 lead stand up.

The losses snapped a 13-game road winning streak for the Braves, but they are still 20-5 in their last 25 road games. That is a big reason why they went from being unable to get over the .500 mark to being well-positioned to lock down a fourth straight NL East title, even without injured star Ronald Acuna Jr.

Fried has been a big part of Atlanta’s surge after the All-Star break. Across eight starts since the All-Star break, he is 5-2 with a 1.90 ERA and seven quality starts. In August, Fried went 4-0 with a 1.36 ERA and was especially dominant on the road. In three road starts, he was 3-0 with a 0.43 ERA, allowing only one earned run (two total), 13 hits, and one walk in 21 innings.

A strong start will minimize pressure on the bullpen, which kept the Braves alive Monday but squandered last night’s lead. It will also help to generate more offense, which will have to be done without All-Star second baseman and leadoff man Ozzie Albies. Albies fouled a pitch off of his left knee last night and is unlikely to be in action tonight. In his postgame comments, Braves manager Brian Snitker said “I’m sure he’ll be down a day or two I would think, and then we will see where he’s at.”

Given that Albies is only hitting .160 against Scherzer in his career, his absence might not be felt too much tonight. But it has to be said that no one in Atlanta’s likely lineup has had major success against Scherzer. Freddie Freeman has four doubles and three homers out of ten hits against Scherzer, but that has come in 44 at-bats (a .227 average). But that doesn’t mean that Scherzer has been absolutely dominant against the Braves. In fact, he was only 9-7 with a 4.03 ERA in 20 starts against the Braves during his tenure with the Nationals.

Prior to being traded to the Dodgers at the trade deadline, Scherzer made one start against the Braves this season. In the Nationals’ first game of the season, he struck out nine and walked none but allowed four runs and five hits in six innings. But he did receive a no-decision as the Nationals walked it off in a 6-5 win.

The Braves have not been kept quiet very much over the last month. Even without Albies in the lineup, there is a lot of value in backing them to bounce back from a couple of tough losses. The Dodgers are on fire and Scherzer has certainly been fantastic since joining the Dodgers, but that does not diminish the Braves’ value in this spot.

It has been a miserable month for the Seattle Mariners, and things are unlikely to get any better tonight as they welcome AL Cy Young Award favorite Justin Verlander and the Houston Astros to T-Mobile Park. After just missing out on the MLB playoffs last season, the Mariners entered this season with hopes of finally END_OF_DOCUMENT_TOKEN_TO_BE_REPLACED