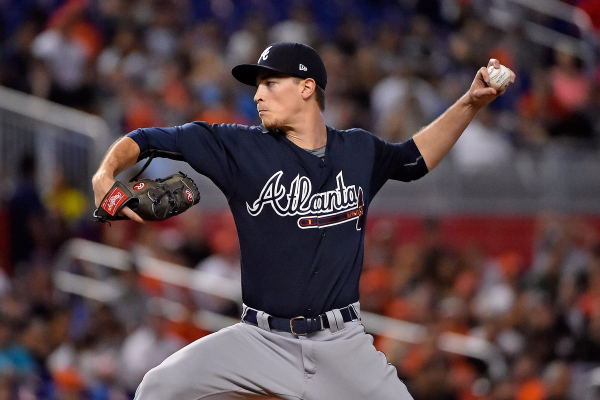 Happy Easter to all and on this Easter Sunday, Major League Baseball has a full slate of games, highlighted by a Sunday night matchup of the Atlanta Braves (10-10) and Cleveland Indians (12-8). After weather knocked out their game Friday, the teams played two on Saturday.

After taking the first game of the day 8-4, the Indians were looking good in the second game, up 7-3 heading into the 9th inning, only to give up five runs and ultimately lose 8-7. Now, they will be looking to take the series by winning the rubber match on Sunday.

To do so, they will be sending out righty Shane Bieber (2-0, 1.71 ERA). In response, the Braves will be sending lefty Max Fried (2-0, 0.92 ERA) to try to take the last of the three games. First pitch from Progressive Field in Cleveland is scheduled for 7:08 pm ET.

The moneyline for Sunday’s game is set at the Atlanta Braves +118 and the Cleveland Indians -128. The over/under for runs scored is set at 7.5.

Atlanta Looks To Use Momentum

Scoring five runs in the ninth inning in the nightcap Saturday will hopefully give the Braves the kickstart that they need. At 10-10, they have the talent to be competitive in a loaded NL East but have not played up to their potential.

Part of their issues have come in the bullpen (cough, cough … Craig Kimbrel is available), but the offense is loaded, and the pitching has surprised at times. One of those surprises early in the season has been lefty Max Fried.

Throw in hitters like Josh Donaldson, Ozzie Albies and Ender Inciarte, and this is a very deep lineup. This will be the first time that any of the Braves’ hitters have seen Shane Bieber and will look to attack him early and often.

Indians Hoping To Shake Off Meltdown

While the Braves rejoice, the Indians will be looking to rebound after giving up a 4-run lead Saturday. For the Indians, they will send out Shane Bieber in this one. On the season, Bieber is 2-0 with a 1.71 ERA, 0.81 WHIP and opponents are hitting .147 against him. In 21 innings, Bieber has given up just 11 hits, 4 earned runs and has struck out 22 while only walking 6.

In his last outing, a 4-2 win over the Seattle Mariners, Bieber went 6 innings of 4-hit ball, giving up 1 earned run, striking out 5 while walking 3. He will look to continue his dominance on Sunday against the Braves.

Offensively, the Indians got a boost Saturday as All-Star shortstop Francisco Lindor returned to the lineup. Making his season debut, Lindor went 1 for 5. Unfortunately, not only has the absence of Lindor hurt but so too has the poor play of Jose Ramirez from the dish. On the season, Ramirez is hitting just .158/.235/.237 with 1 home run, 5 runs batted in and 11 runs scored.

The most consistent hitter thus far has been Carlos Santana. Thus far, Santana is hitting .397/.513/.524 with a home run, 5 doubles, 13 runs batted in and 14 runs scored. A handful of the Indians’ hitters have seen Max Fried before, but to date, no one has recorded a hit against him.

Braves Use Momentum To Take Series

This game features a matchup of opposite strengths. The Braves have been much stronger from an offensive perspective. They currently rank 11th in runs per game, averaging 5.06. The Indians are averaging just 3.50, good for 24th.

On the other hand, the Indians’ pitching has been much better. They currently rank 4th in the majors in team ERA at 3.17. For the Braves, they come in at 17th with an ERA of 4.44 thus far. For me, it comes down to Max Fried. While the Braves as a whole have struggled, Fried has been the one pitcher that has been solid. With an ERA under 1.00, he will look to hold down a Cleveland offense that has struggled to manufacture runs.

It will probably be close and low-scoring, but for my money, I am taking the Braves at +118.