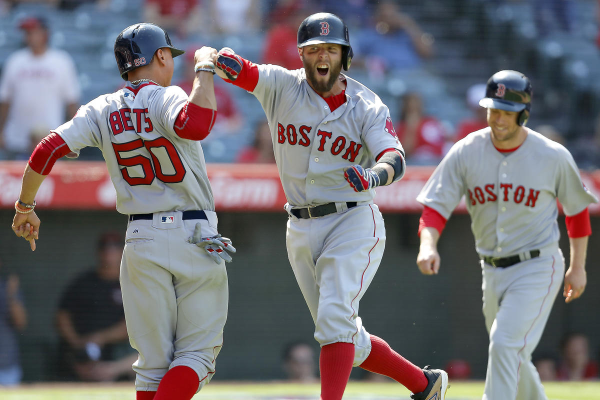 The Minnesota Twins and Boston Red Sox find themselves in completely different situations entering their four game series starting on Thursday.  The Twins have not had the season that they have wanted. Even though they are in second place in the lowly AL Central, they still stand 7.5 games behind the Cleveland Indians.  The Red Sox, on the other hand, are on the top of the world, currently with the best record in the AL East and leading the division by 5.5 games. On Thursday, the two will match up as the Twins (47-53) travel to Fenway Park to take on the Red Sox (71-32).  The Twins will be sending KyleGibson (4-7, 3.57 ERA) to the mound to square off with the Red Sox Brian Johnson (1-3, 3.81 ERA). First pitch is scheduled for 7:10 pm ET.

The moneyline for Thursday’s game is set at the Minnesota Twins +145 and the Boston Red Sox -155.  The over/under for runs scored is set at 10.

The Twins have not been able to find much in the way of consistency in the month of July.  They are currently 12-9 this month, and the Royals swept them over the weekend before sweeping the Blue Jays over the last three days.  They will look to righty KyleGibson to get the series started off well. On the season, he is 4-7 with a 3.57 ERA, 1.24 WHIP and opponents are hitting .228 against him.  In 121 innings, he has struck out 119 and walked 48. In his last start, he took the loss against the Royals after going 5.1 innings, allowing 4 earned runs and striking out 5.  In the two starts prior to that, though, he went a combined 15 innings, allowing a total of 4 earned runs and striking out 18. Just like the Twins, he is looking for consistency.

On the offensive side, they have gotten a really big season out of EddieRosario.  The left fielder is hitting .310/.352/.521 with a .873 OPS. He has 19 home runs, 62 runs batted in and has scored 69 runs.  As the trade deadline approaches, one name that will be interesting to watch is Brian Dozier. If the Twins decide to sell, he may be a middle infield piece that some contenders look at.  Despite the fact that he is hitting .225/.306/.412, he still has 16 home runs and 51 runs batted in.

The Red Sox have absolutely dominated this season and July has been no different.  Thus far they are 15-4 this month and look to keep it going against the Twins. To do so, they will be sending Brian Johnson out to the mound on Thursday.  In what will likely be his last start before moving back to the bullpen, Johnson is 1-3 with a 3.81 ERA, 1.42 WHIP and opponents are hitting .274 against him.  In 54.1 innings he has struck out 47 and walked 17. In his last outing, Johnson took the loss against the Tigers, but gave up only two runs (both unearned).

Offensively, there are several players that have had success against Gibson in their careers.  The most success, though, has been with Mookie Betts. Over his career he is 6 for 12 against him with 3 home runs. J.D. Martinez has taken him deep twice and Jackie Bradley Jr. has also gotten him once for a homer.  Betts, Martinez, Benintendi, and Leon are all batting .333 or higher against him as well.

Red Sox Take Game One Of The Series

While I don’t love Brian Johnson on the mound, it seems like many of the Red Sox hitters salivate at the chance of hitting against Kyle Gibson.  I think that both teams are going to put up runs in this one, but if I am putting money on it, I have to go with hottest team in baseball. Heck, even in their game on Wednesday against the Orioles, which was ultimately rained out in the second inning, Betts, Benintendi and Martinez had all homered.  The offense is clicking and I have a feeling they will score enough to make Johnson’s pitching performance stand up. Take the Red Sox at -155.

Tonight’s NBA betting schedule is lacking in overly compelling matchups, but tonight’s action will also be taking place with a few notable names missing. Booker, Morant, and Lillard Sidelined Tonight and Beyond Booker Out Versus Pistons Due to Hamstring Injury The Phoenix Suns lost Devin Booker (hamstring) on Tuesday against Golden State but closed out END_OF_DOCUMENT_TOKEN_TO_BE_REPLACED