After Lost Weekend, Do the Red Sox Face Impossible Odds Of Repeating? 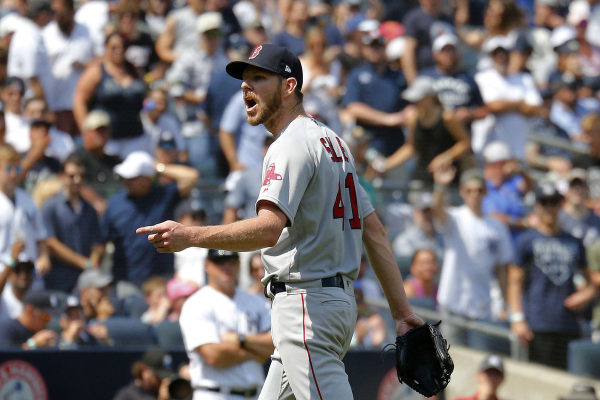 A side effect of becoming World Series champions is that all eyes will be on you the following season to see if you can repeat. Now, the defending champion Boston Red Sox find themselves in a tough position in which they’re currently looking up at six American League teams in the standings.

Since winning three straight against the Yankees in July, Boston has gone on an eight-game losing streak that’s done significant damage to their playoff and repeat chances. And worse than just losing eight in a row is losing all eight to the two teams in your division with better records than your own, New York and Tampa Bay.

Despite leading the majors in runs scored (652), RBI (621), and batting average (.274), the Red Sox have failed to find the form that earned them the 2018 World Series crown over the Dodgers.

A big problem for Boston has been the pitching. With a team ERA of 4.81, the Red Sox currently rank 21st in the majors.

So, as we determine whether not the Red Sox face insurmountable odds at a repeat, let’s take a look at the current standings.

Where the Red Sox Stand

The American League is full of potential title contenders, from the 72-39 Yankees to the surging 64-48 Athletics. New York and Houston (73-40) are the favorites to win the AL, with the Astros now boasting the best potential playoff rotation after acquiring Zack Greinke.

Also ahead of Boston are the Indians and Rays, who have a nasty pitching staff that currently ranks second in the majors with an ERA of just 3.56.

In the AL East, the Yankees are sitting atop the standings. New York leads Tampa Bay by eight games and the Red Sox by 14.5 games.

A Wild Card spot seems like the only viable option for Boston, but Cleveland and Tampa Bay currently hold both. Boston is 6.5 games back of the Rays while Oakland is just a half-game out.

The Red Sox were already feeling the pressure before a rough four-game series against their biggest rivals.

Although the Yankees are suffering through the most injuries in the majors this season, they took care of business against the Red Sox by sweeping their AL East rivals. It was a weekend to forget for Boston, as they lost four straight games in just three days, including a doubleheader on Saturday.

Boston failed to score more than four runs in any game in the series, while the Yankees scored four or more runs in each contest.

By scores of 4-2, 9-2, 6-4, and 7-4, the Yankees further asserted their dominance and dealt a significant blow to the Red Sox’s chances of repeating as World Series champions.

Do the Odds Give Boston a Chance to Repeat?

With roughly two months left, Red Sox fans will be wise to avoid the odds Boston is getting right now. The Yankees appear to have the AL East sewn up, boasting -5000 odds to win the division. Behind them, the Rays are sitting at +1600 odds, while the Red Sox are a longshot at +2500.

With a Wild Card berth within reach, Boston actually has better odds to win the pennant at +2200, although they trail six teams. The Astros and Yankees are first and second in that race, with +105 and +225 odds, respectively.

So while the odds aren’t technically impossible to overcome, the Red Sox are very much a longshot, according to the numbers.