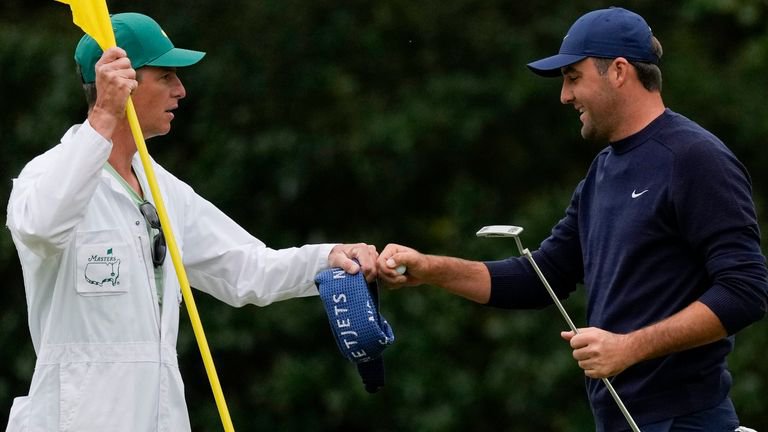 The 2022 Masters has reached its halfway point, and the new world number one, Scottie Scheffler, sits atop the leaderboard by five shots.

Several former Masters champions, major winners, and tournament favorites are in the top 20 after 36 holes, while a number of players of similar stature and expectation are instead in reflection mode after missing the cut.

The former list includes the last three Masters champions, which means that you know who will be in action this weekend. The latter list, meanwhile, includes two players who were earmarked to do well in our pre-tournament Masters betting picks.

Notable Names Who Made the Masters 36-Hole Cut

Four-over-par was the score needed to make the cut, and a number of well-known players missed that number and will be absent this weekend at Augusta.

Those big names who missed the cut include Jordan Spieth, Brooks Koepka, Bryson DeChambeau, Xander Schauffele, and Sam Burns, all of whom had +5000 or better odds to win the tournament.

Of the ten most recent Masters winners, Spieth, who won in 2015, is the only one that won’t be around for the final 36 holes.

Louis Oosthuizen, who finished in the top three in three majors last year, withdrew after a first-round 76 due to a neck injury.

Scheffler Shines While Others Struggle in Second Round at Augusta

Scheffler recorded a three-under-par round on Thursday at Augusta National, with a bogey on 18 giving him an opening-round 69. That put him two shots behind first-round leader Sungjae Im.

But while Im and other notable names like Dustin Johnson, Cameron Smith, and Joaquin Niemann all shot over par in the second round, Scheffler shook off an early stumble to make light work of the famed course, drilling six birdies in his final dozen holes to finish with a 67, taking him to 8-under through 36 holes.

His impressive round was made all the more impressive by the struggles that so many tournament favorites and big names, including Tiger Woods, had. Better yet, his five-hole lead heading into the weekend is a Masters record.

Scheffler earned his first PGA Tour win in February when he won the WM Phoenix Open. Less than two months later, he is the world’s top-ranked men’s golfer and 36 holes from winning his first major title. Not a bad start to 2022, right?

Of course, there is plenty of golf left, and a lot can happen in 36 holes. A few bogeys for one person, a few birdies for someone else, and we could have a whole new tournament in a flash. That is why Scheffler is only a +115 favorite despite his record-breaking lead.

But for now, Scheffler is a fantastic position to back up the optimism shown in our look at Masters best bets among potential first-time major winners.

Here’s a look at the tournament odds heading into the third round.

Madison Hughes and Adam Scott, who are +4 after 36 holes, will get things started in the third round, as they tee off at 10:20 a.m. ET. Four and a half hours later, the tournament leader and 2011 Masters champion Schwartzel will be the last duo to hit the course.

All times listed are ET.