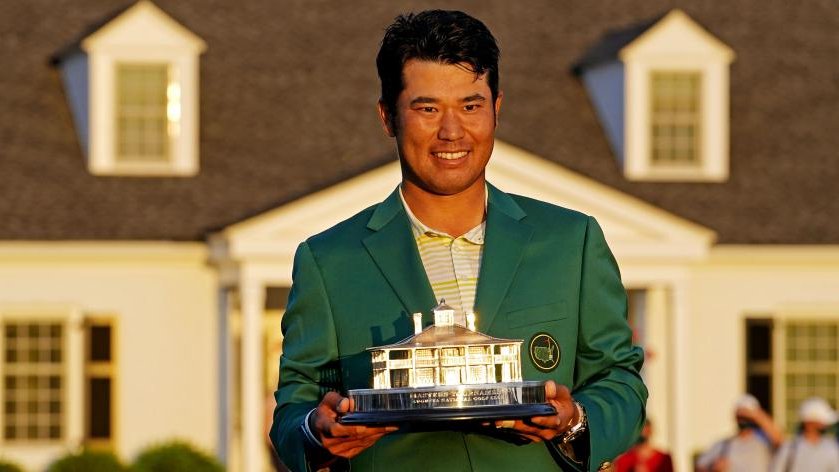 After much anticipation, one of the most exciting weeks in golf is here as the 2022 Masters Tournament is slated to begin in just a few days. Whether you’re a golf fan or not, few images are as iconic as when the tournament winner dons the famous green jacket for the first time.

The PGA Tour’s annual event will once again be played at the Augusta National Golf Club in August, Georgia. The 7,475-yard course will have its par set to 72 with the purse sitting at $11.5 million, of which $2.07 million will belong to the winner.

This week’s festivities will kick off on Thursday, April 7 before concluding on Sunday, April 10. Hideki Matsuyama shocked a lot of people by pulling off the victory last year, so only time will tell who wins it all in 2022.

For those looking to add some excitement to the Masters Tournament, here’s a look at this year’s odds, as well as the best betting picks to make on FanDuel Sportsbook.

Odds to Win the 2022 Masters Tournament

Best Bets for the 2022 Masters Tournament

Dustin Johnson is one of the golfers in this week’s field who’s no stranger to the Masters Tournament.

The 37-year-old has made a total of 11 appearances at the Augusta National throughout his career, placing 10th or better in five of his last six appearances.

Johnson’s best appearance, by far, was when he won the COVID-postponed Masters in November 2020, defeating Im Sung-Jae and Cameron Smith by five strokes to capture the title for the first time in his career.

Beyond that victory, Johnson also placed second in 2019 and has placed sixth or better on two separate occasions. Needless to say, he knows how to hang with the best that golf has to offer.

Beyond the Masters, Johnson has had some success on the 2022 PGA TOUR. While he hasn’t won a solo tournament yet, he has two top-10 finishes in his last three outings, which includes a fourth-place showing at the WGC-Dell Technologies Match Play two weeks ago. Taking all of the above into account, this week could be Johnson’s to shine in Augusta.

Another golfer worth keeping an eye on to win the 2022 Masters Tournament is none other than 28-year-old Xander Schauffele.

Although the San Diego, California native has yet to win the tournament like some of his peers, that hasn’t stopped him from having some semblance of success at the Masters.

While Schauffele has only made four Augusta National appearances in his career, he’s yielded the following results in the last three:

He’s come awfully close to winning it on multiple occasions, which is exactly the experience that could help him earn the green jacket for the first time in his career this week.

He’s also placed inside the top 25 in five of nine this season, which includes a third-place finish. Although he’s yet to experience a victory in 2022, that could all change by the time the Masters has come to a close.

As mentioned earlier, Matsuyama is the defending Masters champion. Keeping that in mind, the fact that he sits at +4200 not only makes him a dark-horse pick, but it also means that he provides some solid betting value as well.

Beyond his 2021 victory, Matsuyama has been as consistent as they come at the Augusta National Golf Course. The 30-year-old has placed 19th or better in six of his last seven appearances at the tournament, which includes a trio of top-10 performances.

Matsuyama has also had tremendous success this season, being one of the few golfers to have won multiple PGA events. He’s scored victories at the ZOZO Championship and Sony Open in Hawaii, making a win in Augusta within the realm of possibility.

Matsuyama did withdraw from last week’s Valero Texas Open with a neck injury, so it’ll be interesting to see if he can make a full recovery. If he’s good to go, look for him to make a play to win the whole tournament.

Although he’s yet to win a tournament since his 2021 U.S. Open victory, Jon Rahm is someone you just can’t count out in Augusta this week.

Rahm has come close to winning the Masters Tournament in each of his last four appearances. He’s never finished worse than ninth since 2018, which bodes well for his chance at seeing a top-5 finish within the next few days.

Rahm’s Masters appearances are highlighted by his fourth- (2018) and fifth-place (2021) finishes at the even. With him still being one of the top golfers in the world, another fifth-place or better showing isn’t unfathomable at all.

Rahm has also been consistent throughout the 2022 PGA TOUR. Even though victories have evaded him, he’s placed 10th or better in four of his nine outings, which includes two top-3 performances. He’s more than capable of surprising people when doubted, so look for Rahm to add to his accolade list at the Augusta National Golf Course.

If bettors are looking for another valuable option, consider picking Jordan Spieth for a top-5 Masters Tournament finish at +460 odds.

Spieth is one of the golfers who has accomplished a lot at the Masters over the years. He’s made eight appearances in Augusta over his career, placing inside of the top 5 on five separate occasions.

Spieth’s best appearance came at the 2015 edition of the event, defeating Justin Rose and Phil Mickelson by four strokes to don the green jacket for the first time. However, the Dallas, Texas native’s success doesn’t end there.

Spieth has also finished second and third at the Masters two times apiece. Although he’s yet to be a multi-time champion, that’s still a lot more than others have accomplished in Augusta.

While he hasn’t had as much success in the 2022 golf season, previous history indicates that picking Spieth for a top-5 finish is one of the better betting decisions you can make.

There’s been a buzz going around the golf world about the possibility of Tiger Woods making his professional return at the 2022 Masters Tournament.

It’s been over a year since Woods was involved in a near-fatal car crash, so it’s easy to see how highly-anticipated his return is. He’s a “game-time decision” to compete this week, but let’s just assume that he’s good to go in this case.

Although he’s 46 years old, it’s only been three years since Woods capture his fifth Masters title in 2019, beating out three competitors by a single stroke. For reference, his victory came 14 years after his previous green jacket, which goes to show that even the most legendary golfer still has some upsets left in him.

The fact of the matter is that professional sports work in mysterious ways. We’ve seen Hollywood-like comebacks before and it would only be too fitting if Woods made his golf return by making a top-10 finish at the 2022 Masters.

Sometimes, personal stories can be motivating enough to prove to the world that an athlete still has “it.” Woods is exactly the golfer to turn that into reality, making him a low-risk pick for a top-10 finish this week.