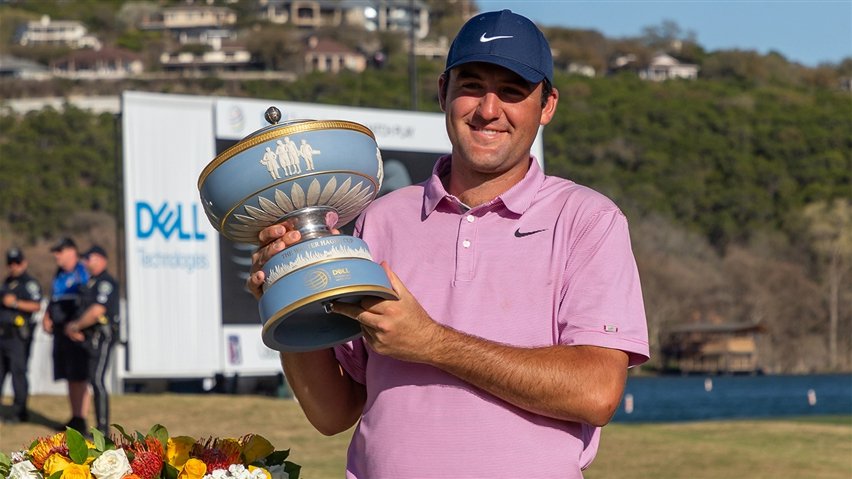 One of the best days in golf is one sleep away, as the Masters will get underway at Augusta National on Thursday morning.

Who will don the green jacket on Sunday evening? While plenty of people who are betting on the Masters might be aiming for sentimental value in Tiger Woods or another previous major winner, there is a lot of value and reason in backing someone who would be a first-time major champion.

Recent Winners of The Masters Tournament

First-time major winners are in bold.

Will that trend continue this year? There are a number of great options for your 2022 Masters betting picks if you are looking to back a potential first-timer.

All odds listed below are from FanDuel Sportsbook and are as of Wednesday, April 6.

Last year, in only his second year on the PGA Tour, Scheffler put together a number of notable results and had a hugely successful year. But the one thing he did not do was win a tournament.

He had a 2-0-1 record for the victorious U.S. Ryder Cup team, finished in the top 10 in every major except for the Masters–where he finished tied for 18th–and finished fifth, second, and 14th at the three WGC events. He also finished third at the Memorial Tournament, which is one of the most prestigious non-majors on the tour.

Well, it is safe to say he has gotten over the hump in 2022. Scheffler earned his first PGA Tour win in February at the WM Phoenix Open, and he has followed it with wins at the Arnold Palmer Invitational and the WGC-Dell Technologies Match Play. With his Match Play win, Scheffler ascended to number one in the Official World Golf Ranking.

So, if you are going to pick a potential first-time major winner to win this year’s Masters, you start with Scheffler. There are a lot of talented golfers without a major win, but for Scheffler, it looks like a matter of when, not if.

While Scheffler is number one on this list, Smith is at worst a close second.

In his career, Smith has three top-ten finishes at Augusta, finishing tied for fifth in 2018, tied for 2nd in 2020, and tied for 10th last year.

Smith has two wins to his name in 2022, as he won the Sentry Tournament of Champions in January and The Players Championship last month.

If Smith could win at Augusta, he would join some pretty exclusive company. Only eight players have won both The Players Championship and the Masters, and of that octet, only Tiger Woods (2001) has won both in the same year.

Cantlay has six career PGA Tour wins, but he has few standout results in majors to date. He finished tied for ninth at the Masters and tied for third at the PGA Championship in 2019, but since then, he has not finished better than tied for 15th in nine major appearances.

But the world’s fifth-ranked golfer is still worthy of consideration here. While he doesn’t have a win yet in 2022, he has four top-ten finishes, losing out to Scheffler in a playoff at the WM Phoenix Open, coming in fourth at both the Sentry Tournament of Champions and Pebble Beach (tied), and ninth at The American Express.

Will he put it all together to make his first 2022 win his first major win as well?

Finau has not fared particularly well in this calendar year, missing three cuts and finishing no better than 29th in seven events.

But there is always excellent value in backing players with a history of performing well at the Masters or in major tournaments, and that is the case with Finau. Finau has finished in the top ten in multiple majors in each of the past four years and has ten top-ten finishes in 23 career major appearances.

Conners finished tied for tenth at the Masters in 2020 and tied for eighth last year, his two best finishes in majors.

He hasn’t been fantastic in this calendar year, but as is the case with Finau, you have to like the value here and with him to finish high on the leaderboard based on his previous results.

Along with having the longest odds, the 38-year-old Leishman is the most experienced player on this list.

Like Finau and Connors, he isn’t in fantastic form this year. But as with that duo, that just adds to his value to have a nice week at the Masters.

Tonight, the most pivotal game of the 2022 NBA Eastern Conference finals takes place in Boston, with the Miami Heat taking a 2-1 series lead into their matchup with the Celtics. In Game 3 on Saturday, the Heat took control early, outscoring the Celtics 39-18 in the first quarter and leading by as many as END_OF_DOCUMENT_TOKEN_TO_BE_REPLACED