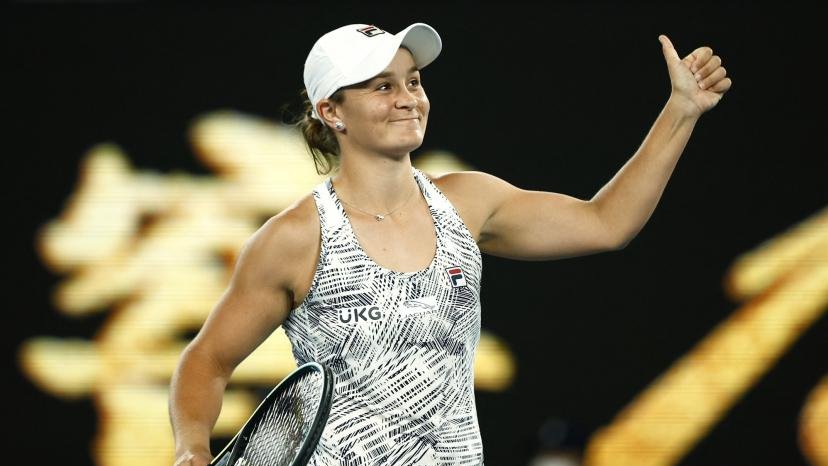 It has been an entertaining first week at the Australian Open, despite the absence of Novak Djokovic, Roger Federer, and Serena Williams.

There will be no repeat champion in either the men’s singles or the women’s singles. Djokovic’s fate was sealed before the tournament with the cancellation of his visa, On the women’s side, defending champ Naomi Osaka, the 13th seed, won her first two matches but lost out in a third-set tiebreaker to unseeded Amanda Anisimova in the third round.

Fourth-round matches take place tonight and tomorrow night (U.S. time), with a number of intriguing matches set to take place. Let’s take a look at how the tournament is shaping up at this point.

The men’s singles draw has not seen a great deal of chaos at the top end through the first three rounds. Fifth seed Andrey Rublev is the top seed to exit at this stage, as he lost in four sets to former US Open champ Marin Cilic in the third round. But the other single-digit seeds who took the court in Melbourne are all still alive.

However, it has not been completely smooth sailing for the higher men’s seeds. Six of the seven top-nine seeds–eighth seed Casper Ruud withdrew before the tournament with an ankle injury–who were in the draw have advanced to the fourth round. But only two other top-16 seeds are still alive in Jannik Sinner, the 11th seed, and Denis Shapovalov, the 14th seed.

Thirteen of the players to reach the Australian Open fourth round are seeded players, which is one fewer than last year. Of the three (Miomir Kecmanovic, Adrian Mannarino, and Maxime Cressy), the player with the best shot at going further is Kecmanovic.

Kecmanovic was set to face his compatriot Djokovic in the first round, but he has benefitted from Djokovic not being allowed to play. He knocked off #25 seed Lorenzo Sonego in the third round to set up a fourth-round matchup with the resurgent Gael Monfils.

Monfils opened 2022 by winning a warm-up tournament in Adelaide and is vying for his first Grand Slam quarterfinal appearance since the 2019 US Open. Monfils has won his first three matches in straight sets, including an impressive third-round victory over Garin.

We are still on for the first Grand Slam women’s singles final between the top two seeds since then, as top seed Ashleigh Barty and #2 seed Aryna Sabalenka are both into the fourth round.

As is the case in the men’s draw, six of the top nine women’s singles seeds are still alive. But Halep, the #14 seed is the only other top-16 seed still alive.

For those with interested in how Americans are faring in the tournament, two American men (#20 Taylor Fritz and unseeded Maxime Cressy) and four American women (#21 Jessica Pegula, #27 Danielle Collins, unseeded Madison Keys and Anisimova) remain alive.

Of those six Americans, the only one favored to win in the fourth round is Collins, who takes on #19 seed Elise Mertens. Three years ago, Collins made a memorable run to the Australian Open semifinals after previously never making it out of the first round of a Grand Slam tournament. Since then, a quarterfinal appearance at the 2020 French Open is the only other time she has reached this point of a Slam.

It could be a really good or really bad weekend for the Pegula family. Jessica has the chance to reach the Australian Open quarterfinals for the second year in a row, as he she takes on Sakkari tonight. Tomorrow, the Buffalo Bills, who are owned by Pegula’s parents, face the Kansas City Chiefs in the NFL playoffs.