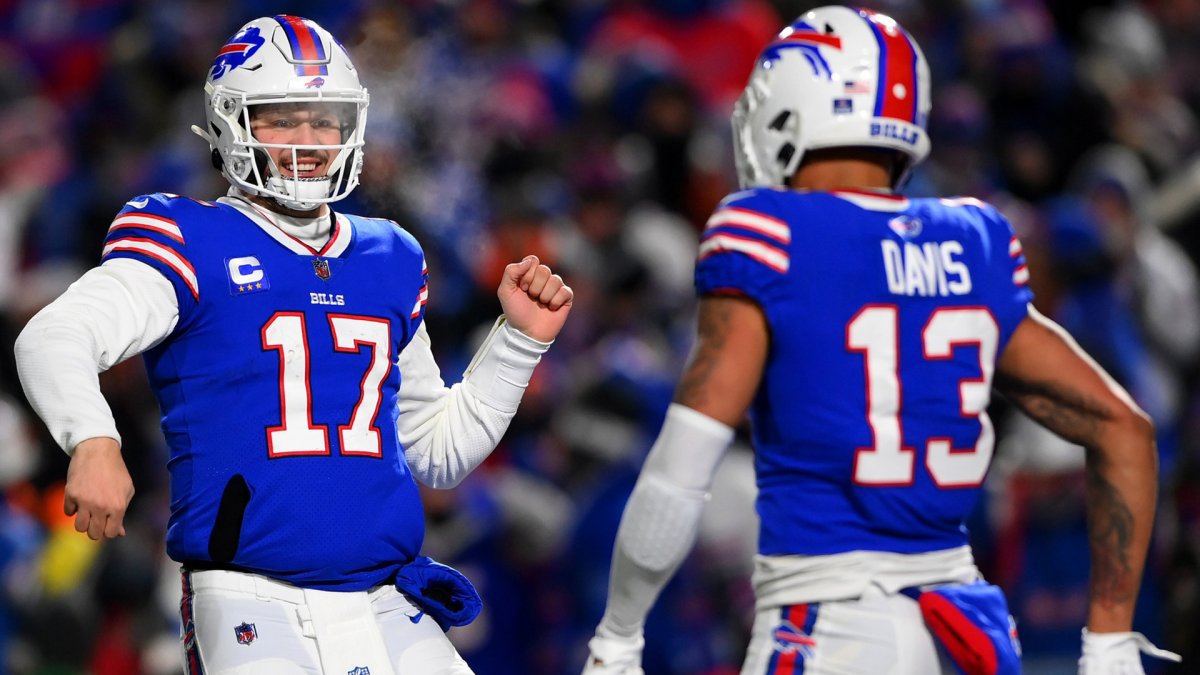 After meeting in the AFC Championship Game last season, the Buffalo Bills and Kansas City Chiefs were expected to be the top two teams in the AFC again this season.

This time around, only one of them will get a shot at the AFC title, as they will face off in a Divisional Round matchup in Kansas City on Sunday.

Both teams were dominant in wins on Super Wild Card Weekend. Buffalo controlled the game from start to finish against New England, and Kansas City made quick work of Pittsburgh. This is definitely a game that everyone was hoping we would get at some point, though it is perhaps a week early.

This will be the second Bills-Chiefs matchup of the season. In the first, Buffalo put Kansas City on notice with a 38-20 win at Arrowhead Stadium in Week 4. This shapes up as the best game of this weekend’s four NFL playoff games. Will it live up to its billing?

Buffalo could not have looked better than they did in dispatching New England last week. I was pretty confident that they could make things very difficult for rookie QB Mac Jones, but their own offensive proficiency, against what was supposed to be a good Patriots defense was impressive.

QB Josh Allen may have more clunkers than guys like Aaron Rodgers and Tom Brady, but he is undoubtedly one of the best quarterbacks in the NFL.

QB Patrick Mahomes’s day might have been celebrated even more if Allen hadn’t shone so bright in beating the Pats the night before. Mahomes and Allen are the two best QBs in the AFC and we get to see them match up in the playoffs for the second straight year. This should be a fun one.

I am in agreement that whoever wins this game should be considered the AFC Championship Game favorite. When they met for the AFC title last year, Kansas City’s experience won out over Buffalo. But that will not be the case in this rematch.

The game is once again in Kansas City and that is definitely an advantage for the Chiefs. But I like the Buffalo side to close the gap and win the game.

The Chiefs are seeking a fourth straight AFC title game appearance for a reason, but the Bills now know what it takes to win at Arrowhead Stadium. This Bills-Chiefs prediction is all about believing in the Bills right now. I think Allen can outplay Patrick Mahomes and the Bills can have some success in the running game to help them win a high-scoring game.

Buffalo has the better defense though it is likely that neither defense will slow down the other all that much. Look for there to be more big plays than punts on either side.

This one is going to be fascinating from an in-game perspective too. Whichever team scores first is going to immediately become the favorite and create some big-time value on the other side. As the last game of the weekend the pre-game market could be affected by folks chasing losses too.

The 2022 French Open is underway at Stade Roland Garros in Paris, France, and we are already almost through the first week of play. Tomorrow, the remaining third-round matches will take place, after which the men’s and women’s singles draws will be down to their final 16 contenders. In both men’s and women’s singles, there END_OF_DOCUMENT_TOKEN_TO_BE_REPLACED