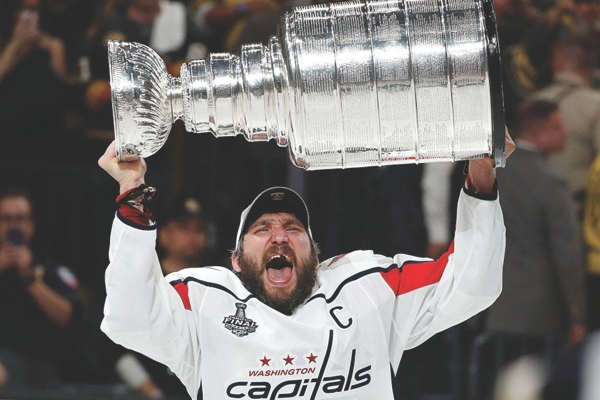 With the NHL season starting this week, it is time to take a look at some of the top contenders for the Stanley Cup, at least from the point of view of the betting odds. We went to find the odds of winning the Stanley Cup this year, and with apologies to many of the also-rans, here is our list of 3 Contenders and 3 Pretenders for this year’s championship.

The Lightning have one of the most talented rosters from to bottom. Once having to rely on Steven Stamkos for the bulk of its offense, there is now a full set of forwards who can contribute, led by Nikita Kucherov, who will no doubt be in the early discussion for league MVP. Forwards like Brayden Point and Ondrej Palat provide secondary scoring for Stamkos and Kucherov, and Victor Hedman has finally developed into one of the leagues top defensemen. Throw in arguably the best goalie in the league in Andrei Vasilevskiy and you have the makings of a Cup contender.

The Jets were a fan favorite by the end of last season, finishing in a dead heat with the Nashville Predators in their division and competing in an incredibly hard-fought playoff series against the Preds, coming up just a bit short. The goaltending issues that have plagued the team in recent years seem to have disappeared with Connor Hellebuyck earning a huge contract extension. With a fantastic powerplay and snipers like Patrick Laine and Mark Scheifele up front, the Jets show no signs of slowing down and give Canada arguably its best chance to bring how Lord Stanley’s Mug.

What can you say about the Penguins that would convince you they aren’t a perennial contender. With two hall of fame centres still on the roster, the Penguins have proven that all they need to find are competent wingers for Sidney Crosby and Evgeni Malkin and they will inevitably find the back of the net. Playing two full playoffs with a World Cup in between clearly showed in the Pens legs as they ran out of steam (barely) to a much hungrier Capitals team. This year, with the added motivation that other teams like Toronto are attempting to copy their blueprint for success, we expect big years out of Malkin and Crosby, and if they can keep Matt Murray healthy in net, then there we would not be surprised to see this team playing in June.

While the great hockey city considers itself to be the center of the universe, listing the Leafs as the odds-on favorite to win the Cup still seems a little fishy. Perhaps it is due to the volume of bets that sites receive from Canadian gamblers. The addition of John Tavares was by far the biggest move in the league in the offseason, but unless the team figures out how to block some of the 35 shots per game they give up, they are unlikely to find themselves hoisting the Cup in Scotiabank Arena this year.

Look, last year was a season for the ages. The story of the expansion franchise making it within a few games of winning the coveted Stanley Cup was riveting, and a marketer’s dream. However, this feels like time for a regression. While we think the Knights will be competitive – replacing David Perron and James Neal with Max Pacioretty and Paul Stastny didn’t hurt them – this rag-tag defensive core and a goalie prone to injury may not be able to hold up this year, especially with other teams in the West also improving.

While Tavares was the biggest free agent signing, Erik Karlsson moving to the Sharks was the move that made the biggest difference in the oddsmakers’ eyes. There is no doubt that adding the perennial Norris Trophy candidate alongside Brent Bruns and Marc-Edouard Vlasic makes for a deadly backline, the Sharks still need to get excellent performances from the rest of the team to make it through a stacked Western Conference.

Oh…and the Washington Capitals? Don’t worry, we didn’t forget the defending champions. They are listed at +1100 to repeat as champions, but we know how difficult that can be.

The East got tougher up top and seeing that they will inevitably have to face the Penguins again in the playoffs, we don’t think its in the cards for Washington. There will be a Stanley Cup letdown for sure, and only if the team can shake it off in time for the playoffs will we consider the Caps to have a legitimate shot at being champions again in June of 2019.