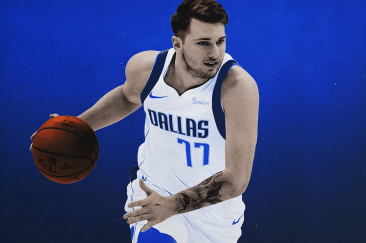 San Jose is coming off of three straight victories, all of them in overtime. They are 7-3 in their last 10 games, and their 69 points are 3rd in the Western Conference. Calgary has won four of their last five, and are 8-1-1 in their last 10. The scorching hot Flames have 73 points, the most in the West. These teams have split the season series one game apiece, with the Flames winning the most recent matchup 8-5 back on December 31st.

Calgary is favored once again in this tough matchup. The Flames are being listed at -135.

Lurking in the Water

After a disappointing start to the season, the Sharks have made their move up the Pacific standings. After a December 1st loss to the Senators, San Jose was 12-10-5. Since then, they’ve gone 19-6-2, finally meeting the expectations set for them during the offseason.

This season, San Jose is 4th with 3.57 goals per game, as well as 2nd in shots per game and 8th in shooting percentage. Their power play is once again an elite unit, converting at a fifth-best 24.5%. During a recent seven-game winning streak, the Sharks were scoring an average of five goals per game.

However, the Sharks have allowed a lot of goals this year, especially in recent games. They have allowed six goals in four of their last six games, and rank 20th in the league in average goals allowed. They let in goals despite ranking 3rd in average shots allowed. Their penalty kill, however, is a top-10 unit, killing extra-man opportunities at an 82.5% clip.

The Sharks dynamic offense is led by defenseman All-Star Brent Burns. Burns leads the team with 58 points, including a team-high 48 assists. Six other players have eclipsed the 40-point mark, including Logan Couture, Joe Pavelski, and new acquisition Erik Karlsson. Another player having a big year is winger Timo Meier, who at 47 points has already eclipsed last year’s career-high of 36.

As usual, Martin Jones is expected to start in net. Jones has an impressive 25-10-4 record but carries a pedestrian 2.92 goals against average and .897 save percentage.

It has been a season for the ages in Calgary. The Flames have the best record in the Western Conference and are in a good position to secure their first division title since winning the Northwest Division in the 2005-06 season. That was also the last time Calgary reached 100 points in a season, a mark they are projected to surpass.

Led by MVP-candidate Johnny Gaudreau, the Flames are 2nd with 3.72 goals per game, and 2nd in shooting percentage. They are also 13th in shots on goal and 8th in power play percentage, along with being the third-best team in the faceoff circle.

Defense has been a plus for Calgary as well, as only the Lightning have a better goal differential than the Flames’ +45. Calgary ranks 8th with 2.83 goals allowed and 5th in shots allowed. If there is a clear weakness, the penalty kill is a bottom-third unit ranking 20th in the league, and they are also the ninth-most penalized team.

Gaudreau is in the midst of a career year, ranking 4th in the league with 74 points. Sean Monahan (62 points) and Elias Lindholm (60) are also putting together sensational seasons, with Matthew Tkachuk and Mark Giordano each eclipsing the 50-point mark.

Perhaps the biggest revelation has been the stellar play of David Rittich. Rittich, the 26-year old goaltender in his second season, is expected to start tonight once again. He is 20-4-4 with 2.49 GAA and a .918 save percentage, with just one loss in the calendar year.

These are two hot teams, each of them near-locks to be in the postseason. I will take the Sharks on the road in an upset. I could see this coming down to overtime or even a shootout, but ultimately I believe it will be a great game between two elite teams. I’ll take the Sharks +115 to grab two points.