NHL Weekend Recap – What did bettors learn this weekend? 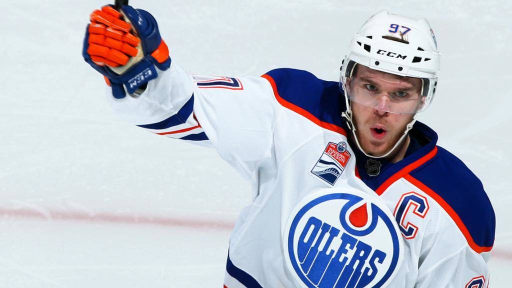 As we get closer to the holiday season, our attention tends to get pulled in many different directions. Thanksgiving dinners, holiday parties, tacky outfits, Black Friday and last minute holiday shipping can all cause even the most organized people to lose focus.

For our readers who love hockey but are finding time to be a precious commodity, we have gathered the information you need to stay on top of the NHL betting trends. Here’s what we took from last weekend’s games.

The season isn’t the only thing changing…

We are now a quarter of the way through the season, and this is around the time that we see the first signs of panic among the teams who find themselves on the outskirts of the playoffs. A couple of teams had already made moves, with new coaches found in Los Angeles and Chicago. And let’s be clear when a coach that has won three Stanley Cups THIS DECADE is fired, you know the ties around other coaches neck’s started to tighten.

Well, early this week, the floodgates opened. Poor results on the weekend from the Oilers and the Blues have led to two more firings. While in St. Louis, Mike Yeo was replaced by assistant coach Craig Berube, Edmonton has chosen to go with one of the winningest coaches of all time in Ken Hitchcock.

There is urgency in Edmonton to start to get full value out of their once in a generation star Connor McDavid, and the hope is that Hitch will have the magic touch with a lineup full of talent but under performing for years.

The Maple Leafs are just fine without Auston Matthews

This is more of an observation of the last couple of weeks than the weekend specifically, but it was the rare lack of a Maple Leafs game on Saturday night that had us almost nostalgic for the last week’s effort. A sweep of the California road swing put the Leafs at the top of the NHL in points at the quarter pole.

However, fans and gamblers alike have seen this before in the past, and still, the 50+ year drought continues in Toronto. There seems to be real chemistry between John Tavares and Mitch Marner, and this is turning into lots of goals. We think that bettors would be well advised to bet the over in most Toronto games until further notice.

Now, they fell in the second round last year to the eventual Cup champs in Washington, but there were many who felt that the Pittsburgh Penguins would bounce back and be right back in the thick of things this year. Some shaky goaltending, injuries to top players and likely some exhaustion and apathy have crept into the Pens dressing room, and the team finds themselves near the bottom of the league after a 6-4 loss to the Ottawa Senators.

This is, however, a team with multiple future Hall of Fame players on it, so we think the Pens are a good bet in the coming few games as their backs are against the wall for the first time in a long time.

The last couple of years, betting against the Buffalo Sabres was as close to a lock as you could get in the NHL. However, a positive side effect of finishing at the bottom of the standings every year is that you get some decent draft picks. The Sabres are currently flying high, and management has to be commended for picking up the likes of Jeff Skinner and Carter Hutton to go along with Jack Eichel and Rasmus Dahlin.

We think you should ride the Sabres as long as they will take you – they have won 6 in a row and the win over Pittsburgh on Monday night was one of the best the young team has had this season. We like where Buffalo is heading, and we want to jump on that bandwagon before it gets too big.

Scoring is starting to settle down, but there are still some big numbers out there

We aren’t of the belief that the totals will drop from 6 in most games anytime soon, but there were several games on the weekend that went well under the total. The rush of the start of the season is over, and now when two good teams play, the odds are that you will find a low score. We are going to watch the trends this week and will report back when we give you our picks for this coming Thanksgiving weekend of NHL games.