NHL Recap – What Did Bettors Learn This Past Weekend in the NHL? 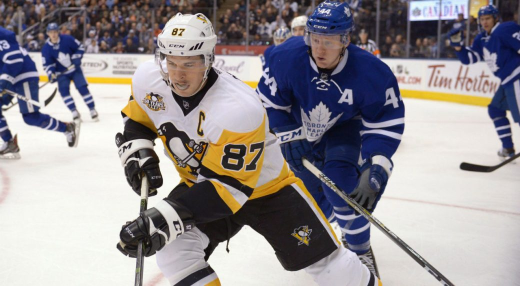 Some teams are playing way over their heads, while others are struggling to find early form. As always, we are looking for anything that can give bettors an edge, so let’s review a busy weekend in the NHL betting world.

Let’s slow down the parade planning in Toronto, shall we?

Everyone, even people who weren’t fans of the Toronto Maple Leafs, was starting to wonder if the addition of John Tavares to this young, talented lineup was just what the team needed to get over the hump and make a deep playoff run.

Bettors were really loving the fact that the Leafs were leading the league in goals scored through the first couple of weeks because it was making the Over bet a lock every night. Well…might be time to take a breath here, Leafs fans.

After a lackluster performance in getting shut out 3-0 at the Scotiabank Arena by the Penguins, who are not exactly a defensive juggernaut, Toronto backed that up with an uninspiring 4-1 loss at home on Saturday night to the St. Louis Blues, a team that is trying to figure out if they are good. No need to set off the panic alarm, of course, but bettors shouldn’t see the logo and just assume every game is going to be a blowout, either.

Now, we aren’t going to officially say that when teams come to Vegas to play the Golden Knights, that their players are having a little too much fun (no sightings of any players in the Dueling Pianos bar at New York New York casino) but there is no doubt that the Knights love playing in their home rink. Saturday, Vegas took care of an Anaheim team that was red-hot to start the season with a 3-1 win.

Ok, there weren’t too many goals scored, but that gives Vegas two straight wins on home soil after a long 5 game road trip that saw 3 losses. Marc Andre Fleury, when healthy, is still one of the best goalies in the league, so bettors should keep an eye out on when the team rests their Number 1 as that will definitely impact the betting lines. Expect more out of the Golden Knights at home as their opponents will likely spend far too much time at the buffets.

Nashville keeps on rolling without Rinne

To be a successful team in the NHL, you need to have faith in your backup goalie. Look at Pittsburgh – their backup to Fleury ended up winning them 2 Stanley Cups before his 21st birthday! Nashville, who is now considered a perennial powerhouse, has to count on their number 2, Jusse Saros, with starter and Vezina Trophy favorite Pekka Rinne on the IR.

Saros had a great start on Saturday with a 3-0 shutout over Edmonton, who once again find themselves near the bottom of the league despite having the best player in the world. Keep an eye on Nashville to go on a big run here, but don’t expect a lot of blowouts – this team has an excellent defensive core and often finds themselves in the middle of low-scoring affairs.

Early on, many experts were picking the San Jose Sharks to have a chance at the Stanely Cup. They had landed two sought-after players in Evander Kane and Erik Karlsson, but the early returns were mediocre at best. This week, the team finally seems to have found its sea legs, and that was evident in a resounding 4-1 win over the surprising New York Islanders.

The season is young, but adding a player like Karlsson who is used to playing 25 minutes a game can wreak havoc on the incumbent defensemen. IT looks like we have turned the corner, but again…. it’s early.

While the Maple Leafs have cooled down a bit, it seems like the league is still getting goals from all over the place. On Saturday, while there weren’t any 8-6 finals, there were 6 games that went over the typical total of 6 goals.

This may be the new normal, but it is an interesting time to see it happen. When there have been many efforts in other sports recently to increase scoring, the NHL has been trying to do this for years with no success, only to find this year completely different. We’ll monitor this moving forward and see what the response is from the bookmakers.

After the Novak (or Novax?) Djokovic visa saga dominated pre-tournament headlines, we can finally look forward to some on-court headlines as the Australian Open gets underway. Djokovic news has taken the focus off of the tournament, which is certainly understandable. After all, the fate of the world number one and top seed would significantly impact END_OF_DOCUMENT_TOKEN_TO_BE_REPLACED