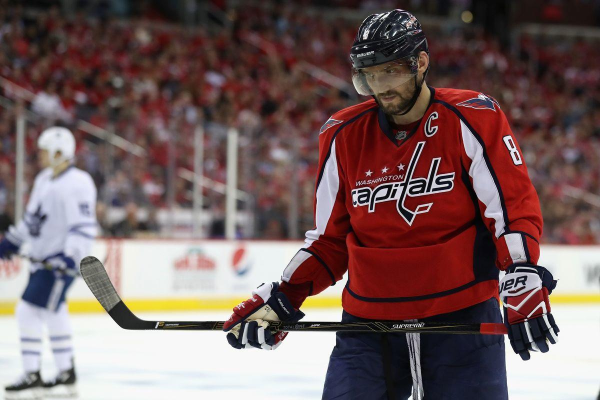 The NHL All-Star weekend has arrived, starting with the skills contests on Friday followed by Saturday’s All-Star game. Leading up to the fun in San Jose, here are some of the latest stories around the league.

Maple Leafs forward Auston Matthews isn’t worried about his upcoming contract status. Matthews spoke to the media during All-Star Media Day on Thursday and expressed how encouraged he was by how contract talks are going. The young star is in the final season of his three-year entry-level contract and can become a restricted free agent on July 1st. Toronto, of course, wants to sign him to a long-term deal before getting to that point.

On The Cusp Of History

The Capitals lost to the Maple Leafs 6-3 on Wednesday, but captain Alex Ovechkin has reason to celebrate. Ovechkin scored his league-leading 37th goal and his 1,179th career point, which tied him with Sergei Fedorov for the most NHL points by a Russia-born player. Ovechkin’s point total has come in 1,053 games, while the Hall of Famer Fedorov reached his total in 1,248 games.

In a season plagued by constant injuries, the Anaheim Ducks cannot catch a break. The latest news involves forward Ondrej Kase, who is second on the team with 11 goals. Kase suffered a torn labrum against the Wild last week that will sideline him for the next five to six months. He will undergo surgery at a later date. Anaheim has also dealt with injuries this season to Cam Fowler, Corey Perry, Patrick Eaves, Ryan Kesler, Rickard Rakell, Jakob Silfverberg, and Ryan Miller, among others.

In one of the stranger stories you’ll see this season, Predators defenseman P.K. Subban accused Golden Knights forward Pierre-Edouard Bellemare of biting down on one of the fingers during their game on Wednesday. Subban claims Bellemare went out of his way to bite the finger in the middle of a scuffle, while Bellemare responded saying the finger was put into his mouth and no intentional biting ever took place. Bellemare was not penalized despite the pleading from Subban.

A loss to the league’s worst team was finally enough for the Oilers to make a change. During Tuesday’s loss against the Red Wings, Edmonton fired general manager Peter Chiarelli. Chiarelli was hired by the Oilers in 2015 following nine successful seasons with the Bruins, including one Stanley Cup title. His tenure with Edmonton has been marked by trading away stars like Taylor Hall in exchange for lesser talent, a failure to surround Connor McDavid with a better supporting cast, and missing the playoffs in all but one season at the helm. Edmonton has not yet named a new general manager.

Hurricanes forward Teuvo Teravainen has agreed to a long-term extension with Carolina. The deal is for five years and $27 million, which will keep him in the red and black through the 2023-24 season. The 24-year old Teravainen is second on the Hurricanes with 43 points through 50 games, only trailing Sebastian Aho. He is on pace to surpass last season’s total of 64, his career-high.

Return Of “The Magic Man”?

In a story broken by his agent, former NHL star Pavel Datsyuk could return to the NHL very soon. The 40-year old has been playing in the KHL for the last three seasons but could return to North America one last time before hanging up the skates. Datsyuk spent his entire 14-season NHL career with the Red Wings, scoring 918 points and winning two Stanley Cup championships. He left for the KHL at the end of the 2015-16 season. In the same interview, Datsyuk’s agent believes he would only play for Detroit if he came back to the NHL.