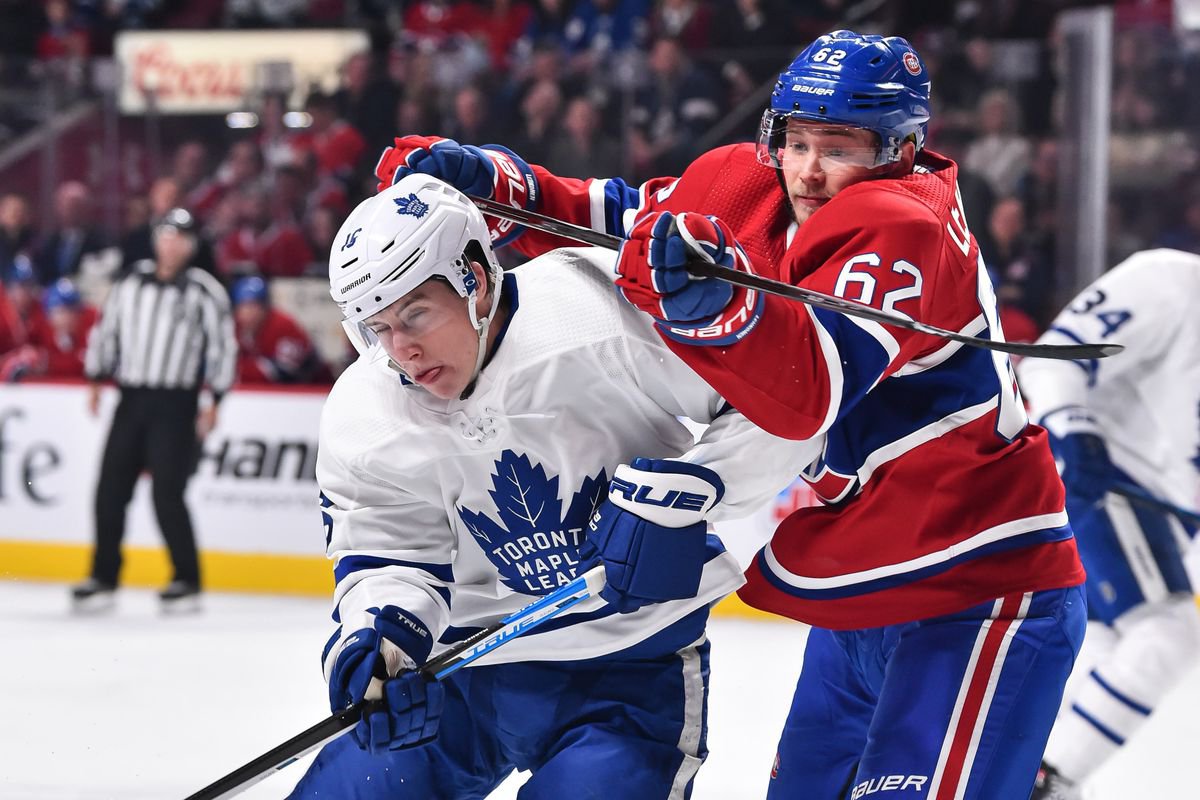 Today is one of the lightest days of the NHL betting slate this week, as there are only two games on the schedule. But quality is just as important as quantity, and tonight’s twosome features just that.

The Toronto Maple Leafs and Montreal Canadiens are two of the most storied franchises in the NHL, and they used to have one of the biggest sports rivalries out there. The rivalry is not at the level it once was, but with both teams off to excellent starts this season, there is a lot of anticipation surrounding tonight’s matchup.

In tonight’s other matchup, the East Division-leading Boston Bruins take on the New York Rangers, who are trying to turn things around after a slow start.

Here for just the picks? Feel free to scroll to the end for our NHL best bets of the day. But check out the day’s most important NHL betting trends to consider while you’re here.

All NHL odds are via FanduelSportsbook as of Wednesday, February 10at 12:00 pm ET

The Canadiens and Maple Leafs have a combined 37 Stanley Cups between them but are both mired in long droughts. The Canadiens have not lifted the Cup since 1993, while the Leafs’ drought stretches back to 1967. But both clubs have started well and are currently two of the top Stanley Cup betting favorites. Toronto comes in at +1100, while Montreal comes in at +1200. Only the Vegas Golden Knights, Colorado Avalanche, Tampa Bay Lightning, and Boston Bruins have better odds.

The Leafs enter tonight with seven wins in their last eight games, with the only setback being a 4-3 overtime loss to the Edmonton Oilers on January 30. They are fresh off of a three-game home sweep of the Vancouver Canucks. In that trio of triumphs, they outscored the Canucks 15-5 and won each game by multiple goals.

The Canadiens, meanwhile, enter tonight with six wins in their last eight games. Last time out, they bounced back from a home loss to the lowly Ottawa Senators with a 2-1 win in Ottawa on Saturday.

The Leafs will hope for two impressive streaks to continue tonight. Mitch Marner, who is third in the NHL in points with 21 (6 G, 15 A), has scored a point in eight straight games. Auston Matthews, who leads the NHL in goals with 11, has a goal in eight straight as well.

On the Montreal side, Tyler Toffoli leads the Canadiens and is tied for second in the NHL with nine goals. Toffoli has netted two or more goals three times this season, including a hat-trick against the Canucks on January 20. Josh Anderson, who scored only one goal in 26 games with the Columbus Blue Jackets last season, has eight already this season. Defenseman Jeff Petry leads the team in points (6 G, 8 A) and is well on his way to setting new career-best numbers in goals and points.

The two teams met to open the season, with the Leafs claiming a 5-4 overtime win on January 13. Goals have been frequent in recent meetings. Six of the last seven meetings have seen the OVER 6.5 hit. Will the trend continue tonight?

Key NHL Betting Trends: The OVER is 4-2-0 in Toronto’s road games this season. The OVER is 5-3-1 in Montreal’s last nine games.

The Bruins and Rangers meet for the first time this season, and they will face off again on Friday. This is Boston’s first game since last Friday, as they had two games against the Buffalo Sabres be postponed due to the Sabres’ COVID issues.

Prior to their little break, the Bruins were in blistering form, having won three straight and seven of eight. Their only recent loss came at the hands of the Washington Capitals, a 4-3 overtime defeat on January 30.

The Rangers are 3-1-1 in their last five games after a 1-4-1 start, which is a positive. However, they had a rough night last time out against the rival Islanders, losing 2-0. A much better performance will be needed against the Bruins.