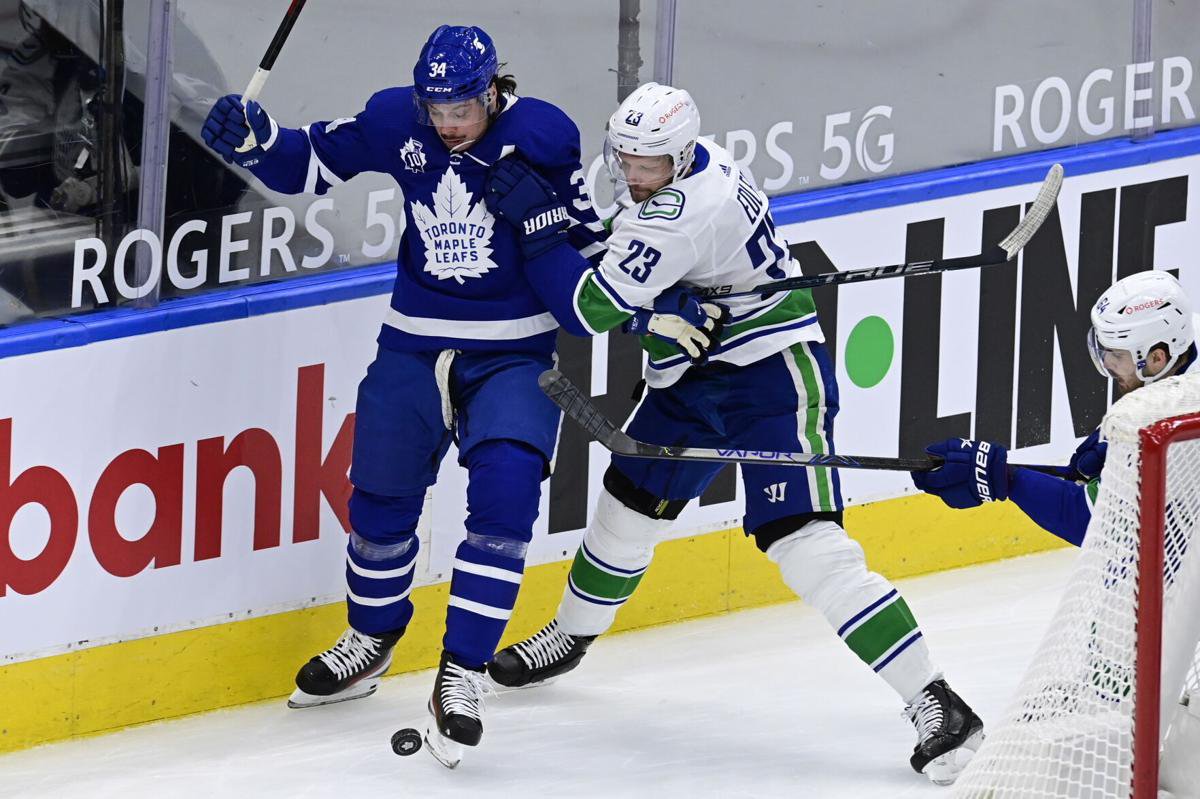 It’s a fairly light schedule on the NHL betting front today, with only a handful of games on the slate. That does not mean that there is a shortage of options to put your money behind, as there are some solid matchups on the Saturday schedule.

The Toronto Maple Leafs are off to an excellent start this season. As a result, the latest NHL betting odds see them as one of the leading Stanley Cup contenders. Could this actually be their year? There’s a wide-open field this season, with ten teams currently listed at better than +2000 to take home the title.

Tonight the Maple Leafs are in action against the Vancouver Canucks in the night’s most noteworthy game. Elsewhere, the Penguins visit the Islanders for what should be a tight tilt.

All odds are via Fanduel as of Saturday, February 6 at 5:30 pm ET

The Maple Leafs are one of the league’s top scoring teams, having netted 40 goals in their 11 matches. On the other side, the Canucks have shipped 55 goals in their 14 games. 35 of those 55 goals have been surrendered in their eight road games, in which they are 2-6-0. Thursday’s meeting between these two teams was a 7-3 Toronto win, featuring a hat trick from Jason Spezza. Is a similar outcome on the horizon tonight?

Key Trend: Six of Vancouver’s eight road games and 10 of their 14 games overall have seen the total exceed 6.5. There aren’t any NHL betting tips here, but this one speaks for itself.

The Islanders have lost five games in a row, and due to their duo of games against the Buffalo Sabres being postponed, they have not played since last Sunday. But the Penguins have a bit of rust of their own. Both of their midweek games against the New Jersey Devils were postponed, so the Pens have not played since Monday. Pittsburgh is perfect at home, but they are only 1-4-1 on the road thus far. A tight game is likely in store.

Key Trend: The Penguins have been outscored 25-14 in their six road games.

The Oilers make the trip to Calgary in good form, having won three straight to get back on track after a subpar start. The Flames are back home after a five-game road trip which ended with two losses to the Winnipeg Jets.

Key Trend: Connor McDavid, who leads the NHL in scoring with 24 points, has six straight multi-point games and has recorded 17 points (4 G, 13 A) in that span. McDavid is +118 to score OVER 1.5 points tonight.

The Ducks have struggled to score, netting only 23 goals in 12 games. However, their best output of the season came last night in their first matchup with the Sharks, as they lit the lamp four times in a 5-4 shootout loss. Despite the setback, it is encouraging for the Ducks to have seven goals in their last two games after averaging only 1.6 goals per game in their first 10 games. The Sharks, meanwhile, are looking to win consecutive games for the first time this season.

Key Trend: After each of their previous three wins this season, the Sharks surrendered at least four or more goals in losing their next game.