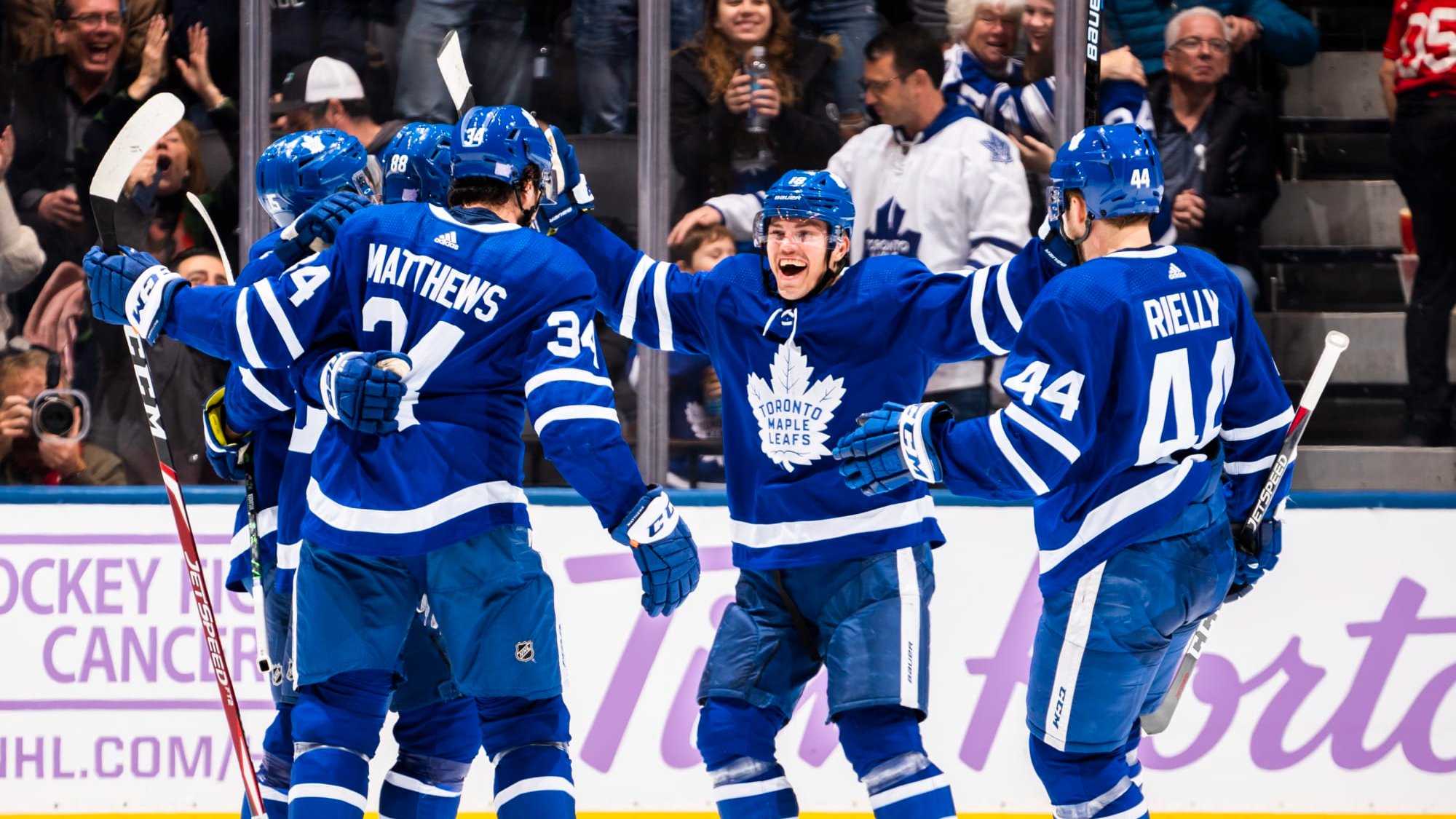 Game 2 between the Toronto Maple Leafs and Tampa Bay Lightning will take place on Wednesday night in Toronto.

The Leafs are coming off a 5-0 shutout victory in Game 1 against their Atlantic Division rivals. They were able to shut down the Tampa offense, and kill off all 5 of their penalties (including a 5 minute major) to keep the Lightning off the board.

The Lightning came into the series confident, but will look to avoid going back to Tampa down 2 games to none in the series. Their offense and power play will have to be sharp, as the Leafs seem to have found the answer to one of the best offensive attacks in the league.

The odds reflect the impressive performance by Toronto in Game 1. They are the early favorites in the books to take Game 2 and put massive pressure on the Lightning.

Toronto Has Too Much Firepower

Auston Matthews, who had 60 goals in the regular season, was brilliant on Monday night. He added two more goals, and an assist, to lead the team’s offensive onslaught.

Mitch Marner came alive with his first goal in 18 playoff games. He also tallied two assists and was a big part of the game that saw four different goal scorers.

The defense for Toronto was stout, killing off five penalties in the game. One of those was a 5 minute major in the first period. Kyle Clifford checked the Lightning’s Ross Colton from behind and was given a game misconduct. The Maple Leafs would have to play short a forward, but it didn’t seem to affect them.

Toronto turned defense into offense with a shorthanded goal by David Kampf in the second period. The Leafs showed more offensive skill on Tampa power plays than the Lightning did.

The Maple Leafs know what’s at stake. With a win on Wednesday, Toronto would take a 2-0 series lead into Tampa Bay.

If we look at the trends, Tampa has won each of their last seven Game 2s in a playoff series. This statistic is on the line when the Lightning look to adjust to their Game 1 disappointment.

The lines are still fairly close, even after the blowout win on Monday night. This provides value in the moneyline for either side, but with the Leafs favored, Maple Leafs winning outright is the way to go.

With a strong defensive showing, I don’t see Toronto giving up many goals. Their offense is clicking and they should be able to run away with a win again. The Maple Leafs sit at -1.5 on the puck line, which is favorable given their offensive output.

There is more value in the puck line for this game as Toronto will likely score a fair amount again. At +190, it’s an easy bet to get behind.