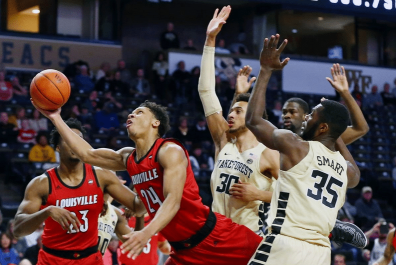 These teams are a far cry from who they once were back in 2014 when they met in the Stanley Cup Finals. The Kings have only made the playoffs twice since then, winning a total of one game. The Rangers have been a playoff team three times during that span, which included a trip to the conference finals the year after their Cup run. But they failed to qualify for the playoffs last year, as they have entered a minor rebuilding period.

Going into the game, the Rangers are considered the favorites at home. New York is -135 to win.

From Kings to Peasants

Once considered perennial Cup contenders for about a five-year span, that era is long-gone for the Kings. In last place for nearly the entire season, only the Senators (43 points) have a worse record than Los Angeles (44). They have played a little better as of late though, going 4-5-1 in their last ten games.

What has plagued L.A. this season is the league’s worst offense. The Kings are 31st in the NHL in goals per game at just 2.25 and have the 28th-ranked power play at 15%. They’re also 29th in shots on goal and 30th in shooting percentage. Anze Kopitar leads the team in scoring, with 15 goals as part of 36 points. Dustin Brown, with 31 points, is the only other player on the roster with over 30 points.

With a league-worst offense, the defense can only do so much to win games. This year, L.A. has struggled with shots allowed and penalty kill, which ranks next-to-last. They have at least been average in goals allowed, ranking 14th with 3.00 per game. All-Star Drew Doughty is third on the team in points with 28 points but is tied with Dion Phaneuf for the worst plus-minus with -18. And goaltender Jonathan Quick has once again battled injuries and inconsistency to the tune of a 2.97 GAA, and .904 save percentage.

Quick is expected to get the start in net. He is 5-4-0 in nine regular-season games against the Rangers and beat them in the 2014 Finals.

Although the season for the Rangers has gone a little better overall than their opponents has, they have still struggled for most of the season. Only New Jersey (47 points) has fewer points in the Metropolitan Division. But New York (51) is just five points out of a playoff spot in a wide-open Eastern Conference, and have been a .500 team over their last 10 games.

The Rangers have been plagued by many of the same issues the Kings have. New York averages 2.75 goals per game, 27th in the NHL, and are 30th in shots on goal (28.3). However, they are at least average in power play percentage and shooting percentage, ranking 12th and 15th respectively. Mika Zibanejad leads the team with 50 points, and Chris Kreider is the leading goal-scorer with 23.

A defense that once trotted out solid veterans like Ryan McDonagh, Dan Girardi, and Kevin Klein is a shell of what they once were. Now, a younger blue line leads a defense that ranks 25th in goals allowed, shots allowed, and penalty kill percentage and is in the penalty box less than just three teams. All-Star goaltender Henrik Lundqvist has not had a ton of support, and his stats have suffered, resulting in a 3.02 GAA and .907 save percentage.

Lundqvist is anticipated to start in goal for the Rangers tonight. He has faced Los Angeles 13 times in the regular season, going 5-6-2.

The only other time these teams have played this year was back in October when Alec Martinez scored with less than a minute to go to give the Kings a 4-3 win in Los Angeles. This time around, multiple players from that game have been traded away, and the wear of tear of the season has taken its toll.

I will take the Kings to steal this one on the road. They will stay out of the box enough to neutralize New York’s decent power play and are the overall better defensive club. I’m picking the Kings +115 to come out on top.

Tonight’s NBA betting schedule is lacking in overly compelling matchups, but tonight’s action will also be taking place with a few notable names missing. Booker, Morant, and Lillard Sidelined Tonight and Beyond Booker Out Versus Pistons Due to Hamstring Injury The Phoenix Suns lost Devin Booker (hamstring) on Tuesday against Golden State but closed out END_OF_DOCUMENT_TOKEN_TO_BE_REPLACED