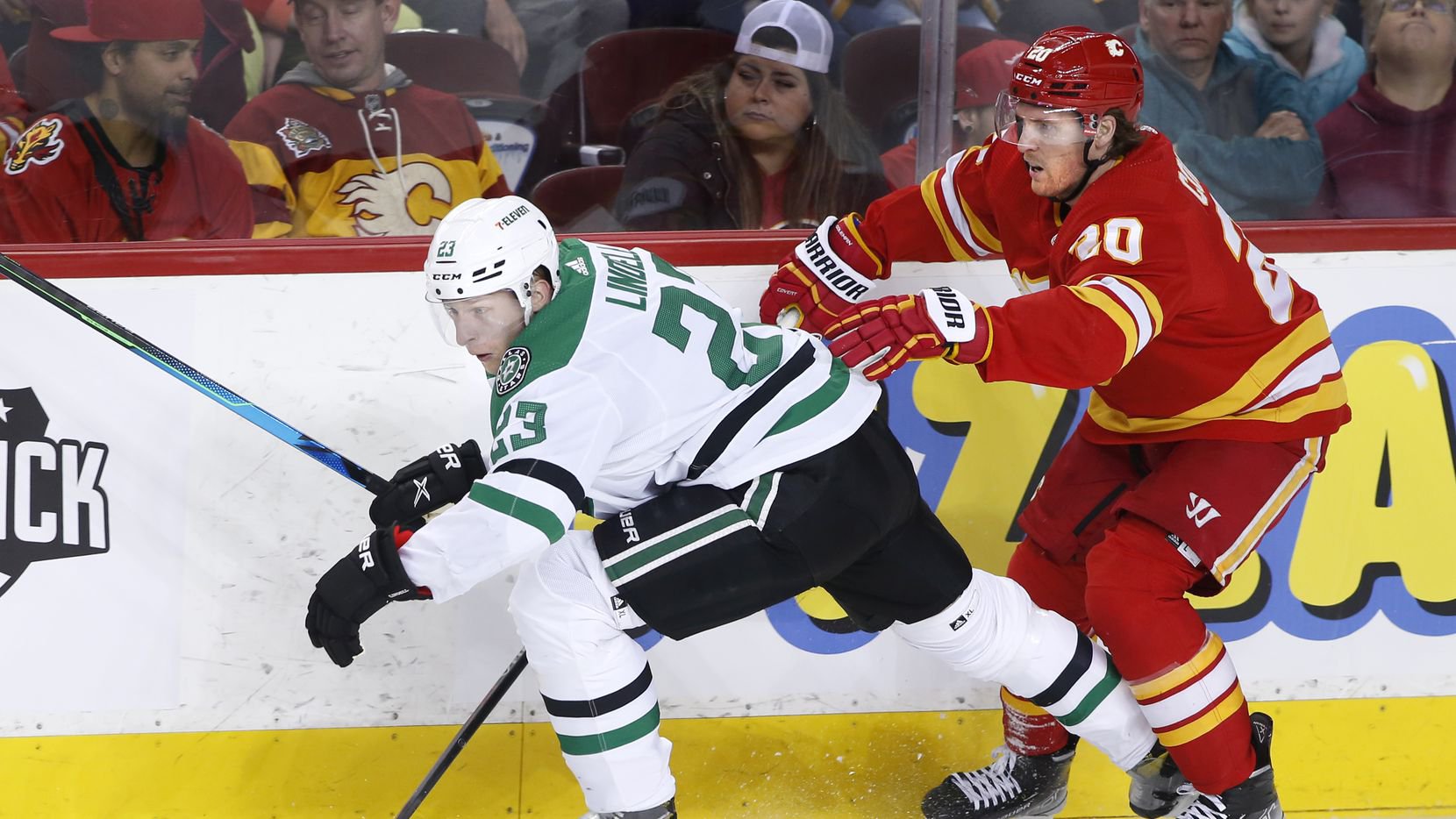 The Calgary Flames and Dallas Stars meet in the first round of the Stanley Cup Playoffs. The teams have faced off 3 times this season, with the Flames winning 2 of the 3 meetings.

Dallas committed the least amount of penalties during the regular season. Their penalty kill was in the bottom half of the league, and they gave up goals on 21% of their opponents’ chances.

The Flames enter this series as heavy favorites. They won the Pacific Division title and are looking for more reasons to hang banners from the rafters at Scotiabank Saddledome.

Odds to win the Series

Strong goaltending has lead both teams to the Stanley Cup Playoffs. Calgary is giving up 2.5 goals per game which is third best in the league. Dallas is allowing 2.98 goals per game, but the defensive play toward the end of the season helped knock that number down.

Stars netminder, Jake Oettinger, helped the team jump the Nashville Predators in the standings, and steal away the first wild card spot by 1 point. His big saves late in games down the stretch allowed Dallas to gain crucial points and clinch a playoff berth.

However, Oettinger will now face an explosive Calgary offense that has put up large numbers this season. The Flames have one of the best offenses statistically with three different 40+ goal scorers (Johnny Gaudreau, Matthew Tkachuk, and Elias Lindholm).

The Stars have struggled against the Pacific division, losing the first period in their last six games against teams from that division. The slow start can not be afforded in a matchup with the fast-paced Calgary Flames.

If the trend continues, look for Calgary to get ahead and stay ahead. In this best-of-seven, it won’t take long to find out how the series will play out. The best odds are for the Flames to win in five games, but with one of the strongest defenses in the game, and young offensive talent, we could be looking at a sweep.

Not only do the odds reflect it, but the recent results do as well. Calgary is too much for the Stars to handle, and the strong defense and goaltending will be the difference.

Even though the moneyline for the Flames sits -315 at FanDuel and -300 at Caesars Sportsbook, it is unwise to bet against them. If the Stars had a bit more on offense, I could see a closer series. Unfortunately, the money line does not present much value.

The value sits in total games and final series score. I don’t see the series going past five games, and a sweep is still very tough to accomplish in the NHL playoffs. Five games (+225) and a 4-1 Calgary victory (+310) is where I see the most value.

The 2022 French Open is underway at Stade Roland Garros in Paris, France, and we are already almost through the first week of play. Tomorrow, the remaining third-round matches will take place, after which the men’s and women’s singles draws will be down to their final 16 contenders. In both men’s and women’s singles, there END_OF_DOCUMENT_TOKEN_TO_BE_REPLACED