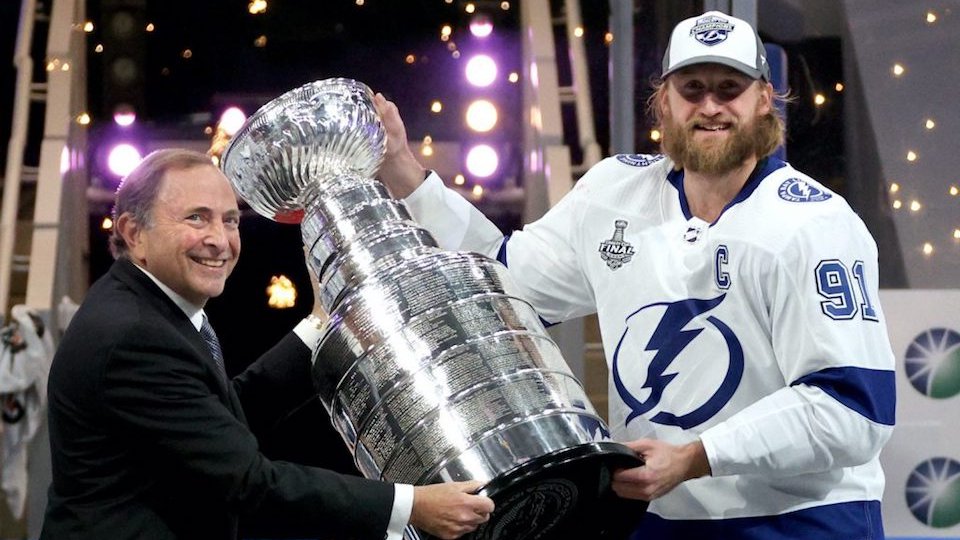 The first round of the Stanley Cup Playoffs is in the books. There are 8 teams remaining who will continue to battle for the hardware.

Round 1 saw five Game 7s and plenty of other exciting action. Two of the final games were clinched in overtime. We have been treated to plenty of bonus hockey during the playoffs, and Round 2 should provide even more storylines.

With only 8 teams remaining, odds have shifted significantly this week. Take a look at the newly updated odds before placing any bets on teams in the upcoming week.

The Tampa Bay Lightning took 7 games in the first round to knock out the Toronto Maple Leafs. They advanced to Round 2 to take on the best team from the regular season, the Florida Panthers.

The odds for Tampa Bay have gotten way shorter, due to the fact that they currently lead the Panthers 3-0 in their series. They are looking like the two-time defending champions that we expected to see during the postseason.

The Lightning are currently the favorite in the Eastern Conference. If they can finish off the series with the Panthers, expect the odds to get even shorter. With this team playing like they did when they won the Cup last year, jump on the bet while the line still has value.

The Carolina Hurricanes survived their first round matchup with the Boston Bruins. They have advanced and lead the New York Rangers 2-1 in their second round series.

The odds for Carolina to win it all have improved drastically. Even though they had their struggles in Round 1, they are facing another team who had to play 7 games to advance into the next stage of the playoffs.

The Hurricanes haven’t lost at home during the playoffs. They hold home ice advantage again, and if the trend continues, they will be on their way to the Eastern Conference Final.

The Avalanche have the shortest odds to win the Stanley Cup this season at +170. Since the beginning of the season, they have shown us an offense that can score many goals, and a defense that the competition can’t seem to figure out.

The Avalanche only needed four games to send Nashville packing in Round 1. They lead the St. Louis Blues 2-1 in their second round series.

The Avalanche have had plenty of time to rest, as the Blues needed the full 7 games to put away the Minnesota Wild. Colorado has gotten healthier since the playoffs began, and they look dangerous to any other team still remaining in the playoff bracket.

Colorado is a safe bet at +170, but with the way they are playing, it may be the best bet. Their odds have gotten even shorter in the past two weeks, and if they continue to drop, you’ll want to snag it sooner rather than later.

The Edmonton Oilers finished off the Los Angeles Kings in 7 games to advance to Round 2. They now lead the Calgary Flames 2-1 in the Battle of Alberta.

With their lead in the series, the Oilers have knocked Calgary down in the odds and currently hold the second best line in the Western Conference. Their explosive offense should give anyone confidence with a bet at +900. The odds have gotten shorter this week, so make sure to grab the bet at its current spot to lock in value.

The 2022 French Open is underway at Stade Roland Garros in Paris, France, and we are already almost through the first week of play. Tomorrow, the remaining third-round matches will take place, after which the men’s and women’s singles draws will be down to their final 16 contenders. In both men’s and women’s singles, there END_OF_DOCUMENT_TOKEN_TO_BE_REPLACED